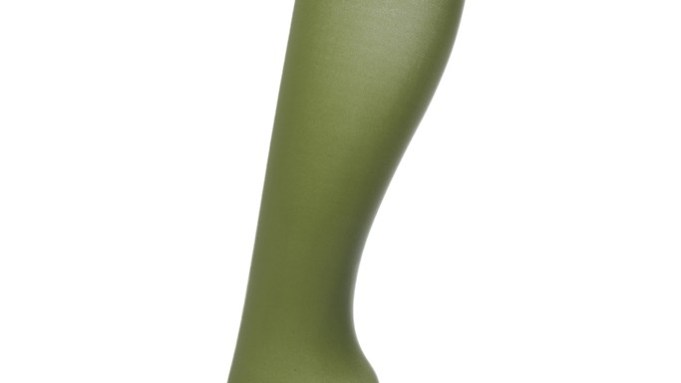 In all of its incarnations — opaque tights in fashion colors, textures and prints; shimmery sheers; sportswear-inspired leggings and a full range of novelty socks that address different lifestyles — legwear has played a big role in fashion this year.

The momentum has been consistent since 2011 as a new generation of legwear consumers — led mainly by Millennials who embraced the bare-leg trend for the past decade — are making legwear an essential accessory for their wardrobes.

The average retail of moderate-to-better legwear is between $6 and $11; upscale brands average $22 and higher. Retail sales of women’s legwear increased 5 percent to $997.6 million in the 12 months ended September 2012, according to The NPD Group. This follows a robust 2011 for the category, when it grew 8.4 percent to $1.03 billion.

Manufacturers have answered the call for fashion by offering expanded assortments of colors and prints ranging from bold brights to earth tones and cosmetic shades in sheers as well as opaques and semi-opaque tights.

Executives concur that these elements have pushed legwear dramatically into the fashion channel.

Angela Hawkins, vice president and general manager of legwear at Hanesbrands Inc., which owns the Hanes and L’eggs brands, said the consumer now regards legwear as a true fashion accessory “for the first time. It’s a new kind of accessory for Millennials, 18 to 34 years old. It’s also a great way to treat yourself to an accessory to update your look in a relatively inexpensive way.”

“It’s no longer a replacement commodity,” added Lisa Cavallini, president of Mostly Tights LLC, the U.S. unit of Florence, Italy-based Emilio Cavallini. “The consumer demand for fashion colors in the U.S. and European markets has been overwhelming. With a lot of women starting to wear hosiery again, we have introduced many more fashion colors, prints and textures in fluorescent shades like bright yellow, orange, lavender and raspberry.” Cavallini noted sheers have also been strong.

Legwear and socks are a creative way to make a fashion statement, according to Valerie A. Mackie, marketing director for legwear at Invista Inc.

“It’s an easy and effective way for consumers to express themselves,” said Mackie. “Texture is a key component of tights and continues to be a key volume driver in hosiery.”

A main focus for Invista will be new color technology in legwear for fall 2013. “Color has become so important in both opaque and sheer hosiery. Fashion colors take very well with our new Lycra Beauty hosiery initiative as well as our new Lycra Xceptionelle hosiery for plus-sizes,” said Mackie. She added that key legwear colors for fall 2013 will include a range of purples, and glacial off-white and platinum tones with a pearlized effect.

“The appetite for color has grown dramatically and our fashion business has consistently grown 10 percent for the past two seasons,” he said. “I believe hosiery and legwear have become so popular because it’s now regarded as an accessory to complete a woman’s outfit. She’s not wearing legwear because the weather is cold, she’s wearing it because it makes a complete statement.”

Klein said this direction began with leggings and remains strong. He noted that overall, legwear sales for the company are “tracking at over 30 percent” against 2011.

“Because of the huge interest in color, we’ll be launching a line of pastel sheers for spring in sherbet colors such as lobster, lilac, sunshine and pink. These are beautiful trend fashion colors in sheers, as well as in a shiny sheer,” he said.

At Hot Sox, leggings have become a core item. “Legwear, especially leggings, are here to stay,” said Gary Wolkowitz, senior vice president and chief creative officer. “It’s become a lifestyle business. It goes from day to night, depending on the moment. The leggings you wear to work can easily take you into dinner and drinks…It’s surely become more than just hosiery, it’s an accessory, bordering on apparel.”

Otherwise, Wolkowitz said, the news is “all about color, fashion and our new print direction.” The number-one selling legging by Hot Sox this fall features a Cathedral-inspired print with gold lions and stained-glass colorations.

The appeal of color is not limited to opaques. “We are addressing both ideas — color in tights and color in sheers,” said Catrinel Popa, vice president of design at Kayser-Roth Corp., which makes legwear for Hue, No nonsense and the licensed Calvin Klein hosiery label. “We’re about to do sheers in colors that have a soft washed effect, and in medium sheers that have the light opaque look of a tight. We’re also working on sheer anklets in fashion colors.” Popa singled out gray, a range of blues, and a palette of berry shades including pink and purple as directional colors for fall 2013.

“Legwear business remains very strong and its being incredibly driven by color and texture,” said Patty Leto, senior vice president of merchandising for The Doneger Group. “I think it will remain very strong in 2013 with new innovations, and the people who did not maximize collections this fall with color and texture will next fall with more fashion…Leggings in great colors have been exceptional and leggings have been taking away business at the expense of the denim bottoms business.”

Kimberly LeGrand Dain, vice president of merchandising administration at Frederick’s of Hollywood, singled out texture as a key driver.

“While we always see a steady demand for fashion colors throughout the year, this [fall] season we are noticing an incredible demand for textures such as lace and shimmer, plus details such as rhinestones. Women are really going for embellishments.

“Legwear is very important, one of the most crucial among accessory categories in intimate apparel.”