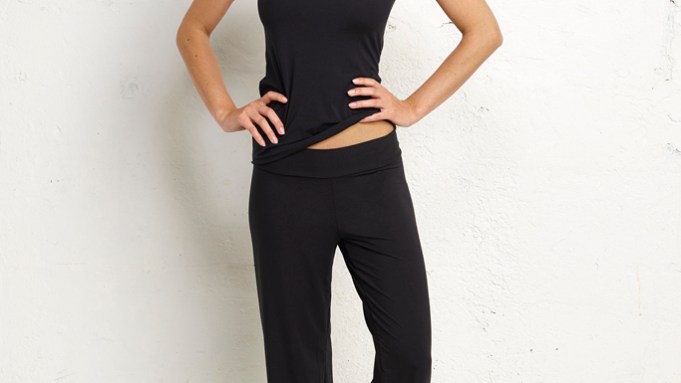 O’Brien and her team of 50 constantly refer to a bulletin board filled with ideas, which are then developed and prototyped with the sole purpose of creating products that will stick.

“If I have an idea, I will want that idea to be prototyped out immediately. I wear and test every single product that goes out the door,” O’Brien said.

Her microfiber, raw-cut underwear did stick, and as Commando marks its 10th year in business, the seamless thong is still its number-one seller.

It’s also a go-to style for fashion designers and stylists who need undetectable undergarments for the runway or the red carpet. Remember that Swarovski-encrusted dress Rihanna wore to the 2014 CFDA Awards? Commando’s nude thong kept the pop star from crossing into completely nude territory.

Although O’Brien is ensconced in the fashion and intimate apparel industries, on paper she looks like an outsider. Her business is headquartered in Vermont, her home state, and she had no prior experience in intimate apparel before starting Commando in 2005. O’Brien previously worked in New York at public relations firms Weber Shandwick and Edelman Financial.

O’Brien also leads the privately held business with her husband, Ed Biggins, a former investment banker, without an established intimate apparel executive onboard. “My husband and I run the day-to-day business. We aren’t afraid to get down to the inventory level.”

She believes a fresh perspective and early naïveté have been more of a positive than a negative. “We look at the underwear industry with nontraditional eyes. I did not come from a retail background whatsoever, so we are constantly questioning the norms of what people would expect from their underwear,” O’Brien said.

Commando might be a cheeky brand name — its tagline is “better than nothing” — but the product is grounded in comfort and function, not sex and frivolity. Another brand tenet is innovation. O’Brien merges technical and luxury fabrics, which are all sourced in Europe, and updates classic lingerie and innerwear styles with comfort in mind. Commando sits on the contemporary end of the innerwear market alongside brands including Spanx, Hanky Panky and Cosabella. Underwear is priced from $22 to $36; shapewear ranges from $68 to $98; and camisoles or tank tops retail from $48 to $68.

The brand was awarded a design patent for its hosiery that features an elastic-free waistband that doesn’t dig into the skin and for its slips with weighted hems that prevent creeping and clinging. The collection also features a line of “wardrobe helpers,” including double-stick tape called Matchsticks; nipple concealers called Low Beams, and silicone gel breast enhancers called Takeouts (they are appropriately packaged in a hot-pink Chinese food takeout box).

She’s not alone in emphasizing comfort: Established and newer brands are pushing in that direction, too. Shapewear brand Spanx developed a new line of pants and bodysuits that have less compression and is updating its brand image to focus less on fat-shaming and more on embracing the body. And newer brands such as Naked and Negative Underwear are both pushing minimal and subtle underwear styles that err on the side of enhancing or complementing the figure instead of fixing flaws.

“We’ve been like this for 10 years,” O’Brien said. “It’s very important to me that your underwear makes you feel confident and beautiful.”

Commando, which is manufactured in the U.S., is sold at department stores including Bergdorf Goodman, Bloomingdale’s and Saks Fifth Avenue, along with specialty boutiques throughout North America. She declined to offer sales figures, but said the business has experienced double-digit sales growth every year since launching.

Her next endeavor is the Butter Collection, a new line of sleepwear that will be in stores this fall. It’s a category O’Brien has wanted to enter for a while, but couldn’t execute until she found a modal fabric that could be raw-cut. “I wanted to make underwear with it and wrap my body in it,” she said of the fabric.

The sleepwear collection, which will retail at price points between $48 and $128, includes chemises, weekend pants, petal shorts, hipster bottoms, a cami, a modern T-shirt, a T-back romper and a robe. According to O’Brien, this is only the beginning for Commando and she has her sights set on other categories, even areas outside of intimate apparel.

“I never like to have bookends. We started in the top drawer, but I feel like we have a voice in many categories within intimate apparel and beyond that,” O’Brien explained. “But I don’t think we should enter a market just because I think we can grow in that market. We need to have a unique Commando voice.”

But what about scaling up that Commando voice?

When asked if she’s ever been approached about being purchased or if she would consider it, she laughed. “I never want to get in my company’s way. Who knows what’s going to happen, but we’ve enjoyed being a privately held company.”