Cruz Sisters Team Up With Agent Provocateur for Line

The lingerie brand is breaking into the wholesale market with the launch of L’Agent, its first diffusion line. 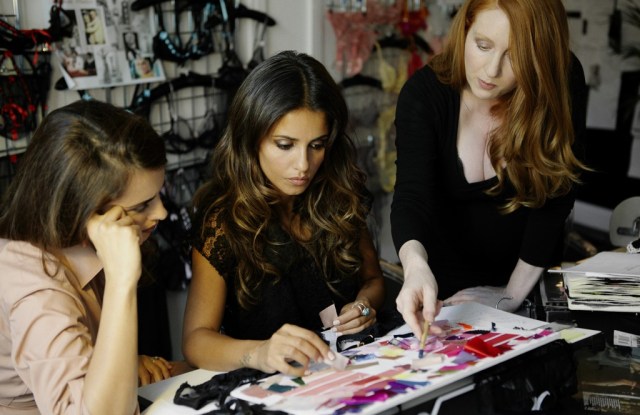 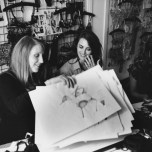 LONDON — Agent Provocateur is breaking into the wholesale market with the launch of L’Agent, its first diffusion line, which has been designed in collaboration with sisters Penélope and Mónica Cruz.

L’Agent will be a stand-alone collection with its own design team — under the supervision of the brand’s creative director, Sarah Shotton — and be sold through retailers worldwide. It will not be stocked in Agent Provocateur stores or on the brand’s Web site.

The new collection will feature 15 styles, each with seven or eight pieces such as bras, briefs, thongs and corsets. The average price will be 40 pounds, or $64, and the collection will make its debut worldwide on Aug. 1.

By comparison, the average price at Agent Provocateur is 95 pounds, or $152. All figures have been calculated at current exchange rates.

Garry Hogarth, the brand’s chief executive officer, said in an exclusive interview with WWD that a diffusion line had been on managers’ minds for a while, and that Mónica Cruz, who appears in Agent Provocateur’s latest campaign, was enthusiastic about creating a line that would reach a wider audience.

Cruz, an actress and dancer, then pulled her actress sister into the project. In the past, the sisters have fronted and designed collections for Mango and Samantha Thavasa.

“It’s a proper design collaboration. They’ve been bringing in swatches and old vintage pieces and working with the design team,” said Hogarth, adding the Cruz siblings have worked on “every aspect” of the new collection, including the design of labels, hangtags, and hangers.

The sisters will also be involved with the visual campaigns for the new collections, although those details have not been nailed down.

“It is so exciting for me and Mónica to embark on this new adventure,” said Penélope Cruz. “We have always been huge fans of Agent Provocateur and both of us are very much looking forward to this long-term collaboration. We feel extremely happy to become part of this great team.”

Hogarth said the collaboration will last a minimum of five years. “It’s a long-term partnership with an option to extend,” he said. “They told us they really wanted to be part of the Agent Provocateur family. For us, everything just felt right.”

Hogarth said he’s looking to target three or four retailers in major markets, including Bloomingdale’s, Saks Fifth Avenue, Nordstrom and Barneys New York in the U.S.; Harrods, Selfridges and John Lewis in the U.K., and other stores including La Rinascente, Galeries Lafayette and Lane Crawford.

Within five years, L’Agent is set to generate 50 percent of the company’s revenue, which is currently 40 million pounds, or $64 million. Hogarth said this year organic sales are up 8 percent, while overall sales have climbed 18 percent so far.

Agent Provocateur sells exclusively through its Web site and its own shops, which will number 72 by the end of the company’s fiscal year in March. Twelve more stores are in the pipeline for the year beginning April 1.

Hogarth characterized the diffusion line as “a little younger, and perhaps less sophisticated” than the main line, but very wearable, very sexy and with the handwriting of Agent Provocateur.”

He said the designers of the main line are “not involved” with the new project, with the exception of Shotton. He said the new team consists of one new hire and former members of the core team.