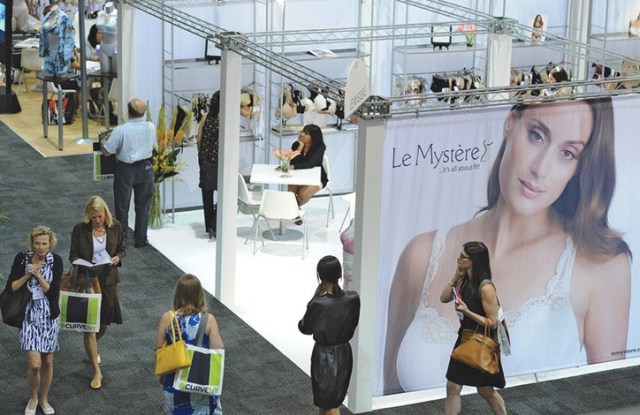 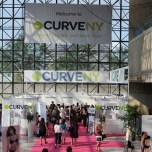 Attendance is expected to be strong at the CurveNV and CurveNY trade fairs this month despite the economic climate.

So far, preregistration is more than 2,200 at both venues, the CurveNV show in Las Vegas at The Venetian Hotel & Resort, which is scheduled Feb. 14 to 17, and the CurveNY edition, which will be staged Feb. 21 to 23 at the Jacob K. Javits Convention Center in New York, said Laurence Teinturier, executive vice president of CurvExpo Inc.

“The postrecessionary time is bringing more retailers to the shows, and everybody has adapted and gotten better because of the recession. Brands have adapted and fashion is back after two years of black, beige and white,” said Teinturier. “The turnout in Las Vegas is expected to be strong because it’s an established West Coast market, and it’s Vegas — people have the occasion to feel like they are on vacation for three days and it’s inexpensive. You can get a Princess Suite at the Palazzo hotel for $169 a night.”

A highlight of the Las Vegas show will be a fashion show at the Crazy Horse Paris nightclub at the MGM Grand Hotel on Feb. 15. Among the brands to be featured in the show are Wacoal, Amoena, Affinitas Intimates, Leonisa, Hanky Panky, Gerbe, Simone Perele, O. Eve, Body Wrap, Panache, Eveden, Huit, Parlak & Parlak, Daniel Hechter and Rhonda Shear.

“We have a partnership with Crazy Horse, and the same 12 dancers who perform at the club in Paris will be doing the Vegas show,” she said.

Regarding the Manhattan venue, Teinturier said there will be a strong international focus.

“We are calling it a European invasion with brands such as La Fille d’O from Belgium, British Beautiful Bottoms, Jenny Packham and Playful Promises from the U.K., Emilie Cousteau of Paris, Les Chaussons de la Belle from Spain, Okha of Germany, Malgomargo of Poland, Zimmerli of Switzerland, and three Portuguese labels — Collove, Fiorima and Stress Out.”

She further noted that the number of sleepwear exhibitors is also seeing “considerable growth.” New sleepwear brands to the venue will be Coolbleu/Wildbleu, Dearfoams, Demimonde Intimates, Karen Neuberger and Laura Ashley.

Among the highlights at CurveNY will be a cocktail party at the French Lounge on Feb. 21 and a Philanthropic Auction on Feb. 22 benefiting Fashion Targets Breast Cancer, an initiative of the Council of Fashion Designers of America. A total of $20,000 of luxury goods will be donated by Curve exhibitors for the auction, she said.