The mood was hopeful at the New York trade show. 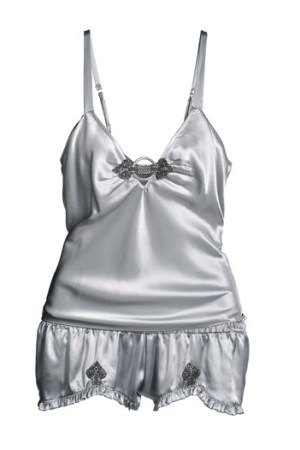 The mood was hopeful at the CurveNY trade show at the Jacob K. Javits Convention Center in New York despite worries over skyrocketing costs for raw materials and labor.

A demand for fashion merchandise underscored a growing sense of optimism at the three-day fair which closed Wednesday and was bustling with retailers — even the last day when traffic is traditionally sparse.

Retailers left orders for immediate deliveries as well as gift-giving items for Mother’s Day. At the same time, volatile market prices for raw materials as well as production and labor costs accelerated commitments for fall-winter 2011-2012 goods. This is in sharp contrast to buying patterns in 2009 and 2010, when a majority of retailers would hold off on seasonal orders until the last minute, thus creating an uncertain environment for forecasting and projections, said vendors.

A clear sign that business was improving was the feedback from exhibitors who reported sell-throughs of key items were up 3 to 5 percent or more in January and February at major stores and specialty boutiques. Top-selling ideas included a variety of dual-purpose control tops ranging from tanks to camis, pretty, lingerie looking daywear bras and coordinating undies, contemporary loungewear pieces that have a ready-to-wear spin, and lightweight shapewear items with special treatments such as animal prints. Fashion colors also generated strong sales and red is expected to be a top color for fall, executives said.

Laurence Teinturier, executive vice president at CurvExpo Inc., said, “Stores are telling us that customers are coming back and they are in a mood to buy again. Customers started returning the last quarter of 2010, but while they want fashion in post-recessionary times, they want fashion basics, and that was the focus of this show. With that idea in mind, we hosted two trend seminars for two major retailers, Macy’s and Bloomingdale’s, and we outlined the trends with brands from the show.”

Victor Lee, chief executive officer of Viceroy Collections, which has the Samantha Chang daywear and sleepwear label, said the “overall mood was definitely better than it has been in the past two years.

“I wouldn’t say that the buyers were exuberant or really happy, but retailers really felt like the consumers’ purchasing was on an upswing,” Lee said. “I don’t think anyone is feeling that we’re going to have a big surge of buying, but things are inching upward. I believe many consumers are tired of not treating themselves to something new in their closet.”

Regarding soaring costs for raw materials, which includes lace, trims and embroideries, Lee said, “We are holding prices even though our costs have gone up. We don’t believe that now is the time to put off the consumer with higher prices.…Our challenge has been to provide new, fresh designs that are considered a value at a designer price point, because all consumers, even at a luxe level, are looking for value. The consumer has become more discriminating in this bad economy, and they will still buy but what they buy has to be special. As for containing prices, component prices go up and down…we have to be consistent in our designs and prices so that we maintain customer loyalty.”

Guido Campello, vice president of sales, marketing and innovation at Cosabella, said forecasting and projecting manufacturing capacity are the “biggest issues” for fall.

“It hasn’t been hard to convince customers to leave orders for fall and winter and we’ve been getting more paper than usual. We want retailers to understand the production cycle and we’ve been more aggressive in making sure retailers understand our projections and our needs,” explained Campello.

Campello said Cosabella raised prices in the “low teens” for immediate and basic merchandise on Feb. 1, but noted the company’s strategy for fall will be to “reengineer fibers and maintain prices.”

“We are making our own laces and we are developing fiber from scratch,” said Campello.

Addressing the soaring price of cotton, Campello said, “Consumers know cotton is a traded commodity…cotton could become a item like silk — expensive. In [upscale] boutiques, the category will always be there and will be very competitive, but I think people will pay for it.”

Gregory Gimble, vice president of Va Bien, a shapewear specialist, said he believes consumers will pay a “few dollars more” for a product they perceive has value.

“We are raising some prices, but selectively, in stronger styles where price increases can be absorbed such as a solution garment that would be $4 or $5 dollars more at retail. Women are still going to buy it,” said Gimble.

“Everyone is taking a really hard look at the value propositions being offered…is it soft, comfortable, lightweight, does it offer firm control and is there something special like a leopard pattern? That pattern is another value,” he said.

Leonard Greenbaum, national sales manager at TC Fine Intimates, which has the Miraclesuit brand, said retailers were not alarmed at the company’s 4.5 percent price hike for fall.

“There’s been no concern because our company has not raised prices in 13 years and we’ve been considered underpriced,” said Greenbaum.