Diversification Is Key to Growth at Curvexpo

For the show and its exhibitors, it's crucial to tap previously unexplored markets like activewear and swim. 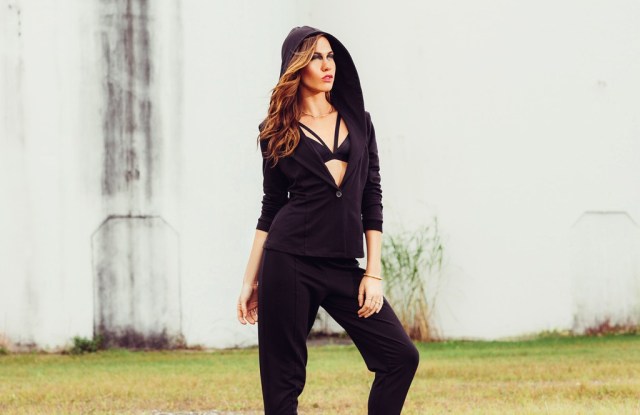 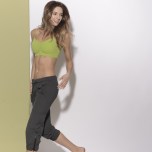 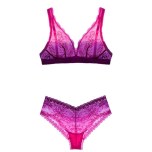 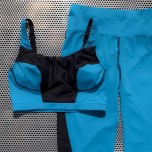 In lingerie, sexy isn’t the only thing that sells. As Curvexpo and its exhibitors realize, it’s just as crucial to tap previously unexplored markets like activewear and swim, build a digital presence and create clever packaging to grow business during trying times.

Like other categories in women’s fashion, intimates and sleepwear have faced a slump in sales. In the 12 months ended November 2014, sales of women’s intimates decreased 2 percent to $10.7 billion while those for women’s sleepwear fell 2 percent to $3.8 billion, according to NPD Group’s Consumer Tracking Service. In contrast, swimwear is on a roll, marking an increase of 18 percent to $3.3 billion in sales during the same period tracked by NPD. Plus, activewear grew 7 percent to $15.6 billion, NPD said.

“It’s a challenging market,” acknowledged Pierre-Nicolas Hurstel, chief executive officer of Curvexpo in New York. “For the lingerie segment, the challenge is the experience. What is the experience that brands and retailers are going to deliver to the customer, to interact with them and to have them buy from their store and on their Web site? It’s an industry that has to build upon this experience.”

In Hurstel’s view, companies that can offer a unique fitting service or a one-of-a-kind approach to shopping stand to benefit the most. In particular, Web sites and specialty stores are gaining momentum from consumers who are shopping for lingerie outside of behemoths like Victoria’s Secret and department stores. Catering to buyers who are scouting for emerging brands, Curvexpo is welcoming newcomers such as Maison Du Soir in New York and Exes and Ohs Intimates in Las Vegas.

Moreover, Curvexpo is heeding its own advice by adapting a personal approach to each of its shows.

In Las Vegas, where it will take place at the Venetian hotel on Feb. 16 and 17, it’s sponsoring its second resort and spa program that invites 20 buyers representing 350 properties such as the Cosmopolitan hotel, Four Seasons’ Beverly Wilshire hotel and other posh resorts from the West Coast and Midwest to view loungewear, cover-ups, accessories and lingerie from 40 brands, including Miel and Panache.

In New York, where the show takes place at the Javits Center North from Feb. 22 to 24, it’s staging the return of its runway show cosponsored by Lycra. Styled under the theme of romancing the runway, 40 brands, including Heidi Klum Intimates, Wacoal and Zegna, will highlight underwear, activewear, loungewear, accessories and shapewear from their latest collections to buyers from 150 stores, such as Barneys New York, Nordstrom and New York’s La Petite Coquette.

Outside of the trade shows, Curvexpo revamped its Web site last December to circulate information year-round to both designers and retailers. “Our main tool is the trade show but it’s not enough these days,” Hurstel said. “Our role is to animate and facilitate our community 365 days per year.”

Despite a decline in overall sales, the intimates market still presents opportunities to established businesses crossing over from denim, sportswear and footwear. Joe’s Jeans, Stella McCartney and Ugg Australia represent a faction of such companies planning to exhibit at Curvexpo.

Foreign brands also seek a launch pad into the U.S. Already sold in 19 countries, Turkey’s Blackspade aims to cover the entire country via Curvexpo’s fairs in Las Vegas and New York. The eight-year-old brand melds Micro Modal and cotton grown in Turkey and Egypt with bonding and laser cutting for its array of underwear, sleepwear, swimwear and activewear, which it will present in Curvexpo’s lingerie fashion show.

Kina Swimwear, a swimsuit maker based in Uruguay, is also bringing its print-focused collection to the New York edition of Curve, with the aim of expanding beyond its South American retail territory.

Also mixing innovation and tradition is Cosabella, which is displaying its namesake flagship brand started in 1983 in addition to a year-old offshoot, called Csbla, which targets a younger customer with contemporary layering pieces retailing for between $100 and $250. Wary of copycats, the Miami-based, Italian-made brand took the extra step to patent the technical design for a $25 thong that is held together with a single center back seam. Introduced as part of the Trenta series in conjunction with its 30th anniversary, the style comes in a tie-dye option achieved through ombré-dyed thread. Cosabella is also digging into its archives to resurrect the bodysuit, which is updated for fall with lace, microfiber and necklines that vary from deep plunges to halter ties.

Picking up on the activewear trend dominating the fashion industry, Cosabella is following the summer 2015 release of its first sport bra under the Triathlon group with two additional styles. Covering activities ranging from yoga to cycling to running, the sport bras, which retail from $59 to $79, help Cosabella reclaim a niche encroached by athletic brands such as Nike. All in all, these efforts are helping Cosabella to achieve its goal of double-digit growth in 2015.

For Jill Carrade, a former boutique owner from Sausalito, Calif., the urge to wear something besides yoga clothes motivated her to start a lingerie and casualwear line called jKnix in 2012. Searching for the ideal fabric for over a year, she discovered a knitted nylon-elastane blend from Italy that could be heat-bonded with adhesive for a seamless effect. Besides bandeaux, boyshorts and camisoles with scalloped hems, she also used the wrinkle-free fabric as a base for catsuits, track pants and strapless jumpsuits. Retail prices start at $29 for the knickers and go up to $143 for track pants. Manufacturing everything in California, Carrade sent her first shipments last September, landing in 29 stores such as Kalifornia Jean Bar in Tahoe City, Calif., and Waterlilies in San Francisco.

Aiming to surpass $800,000 in first-year sales, Carrade is using her retail background to advance her business. For instance, understanding the importance of packaging led her to create a case that will let shoppers see and touch the underwear before purchase and then reuse it to hold other things like jewelry.

“I knew from the beginning that [packaging] would be crucial,” she said. “That’s been one of the biggest challenges.”

SHOWS AT A GLANCE