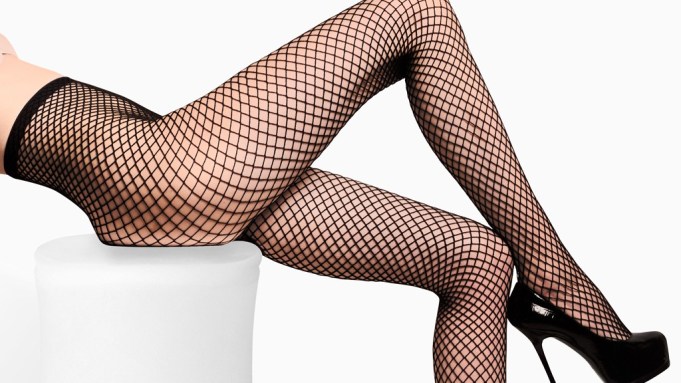 DKNY is collaborating with Eric Daman, costume designer of the hit TV series “Gossip Girl,” to design a capsule collection of legwear for fall.

The line will feature eight styles of full-length tights and over-the-knee tights and will be hitting stores including Bloomingdale’s and Nordstrom as well as DKNY boutiques in August. The collection will also be available at dkny.com. Suggested retail will be $15 to $24.

The selection of patterned legwear will include textured dots, jacquards, opaque and sheer stripes, a floral motif that has a burnout effect, and sexy fishnets.

The packaging, which features artwork of a New York City-inspired landscape designed by Dallas Shaw, is unique to the collection and pays homage to Daman’s and DKNY’s New York City roots.

Daman said the legwear will be reflective of his styling sensibility and “love of hosiery” as well as of DKNY legwear, which is often worn by the female characters on “Gossip Girl,” including Serena van der Woodsen, a stylish character played by Blake Lively, and her best friend Blair Waldorf, portrayed by Leighton Meester.

“Hosiery is a fabulous accessory and truly makes a woman’s outfit,” said Daman. “Having used DKNY legwear so often on ‘Gossip Girl,’ it seemed natural for me to collaborate with a brand I love to work with.”

DKNY hosiery has been one of the main legwear selections of choice since the show’s inception in 2007. It’s been worn by multiple cast members, was cause for multiple DKNY hosiery on-air promotions during ‘Gossip Girl’ and is often the topic of conversation on DKNY PR Girl’s weekly Twitter party.

“The concept for this collaboration with Eric Daman was completely organic. Eric’s keen eye for style coupled with his passion for chic legwear makes him an ideal partner for DKNY hosiery,” said Cathy Volker, executive vice president of Donna Karan International.

Regarding Daman’s affinity with legwear, he said he’s been infatuated since childhood.

“I feel like I grew up with legwear in the Seventies and Eighties, and it’s great to see legwear being part of a woman’s ensemble, a defining piece of women’s ready-to-wear. Tights have really become part of a woman’s wardrobe,” he said. “Hosiery is quite sexy. What we try to do in ‘Gossip Girl’ is lots of texture. It makes the characters come alive…it gives a character like Blair life when she’s wearing a pencil skirt with distressed rib tights. It gives her look something special.”

He added that women who watch the show can dress like the series’ characters by layering an over-the knee tight over an opaque tight or layering nude-tone hosiery underneath textured legwear for warmth during the winter months.

As for using the new legwear collection in upcoming episodes of “Gossip Girl,” Daman said: “If it’s apropos and works organically with the show, I will.”