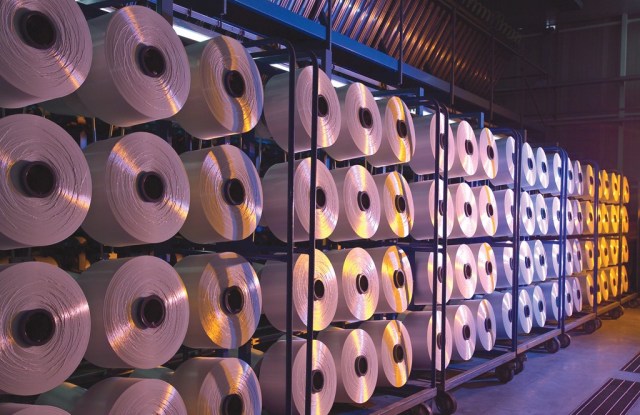 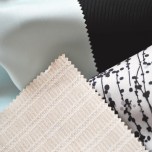 The bad news is that cost-cutting measures and a lack of environmental responsibility among companies is stalling the eco-friendly process in the innerwear world, according to European consultants and manufacturers.

Allana McAspurn, chief executive officer of London-based eco-fashion consultancy Made-By, describes lingerie as “one of the last bastions” of apparel where environmentalism has yet to take hold.

“A lot of research and development has been done for intimates, but it hasn’t gone into production because big brands don’t want to take it forward,” stated McAspurn, who works with fashion and textile brands to improve sustainability across the supply chain.

There can be a solution.

For example, McAspurn cited Modal and Tencel produced by Lenzing as well as organic hemp, silk and cotton as adequately eco-friendly choices. Another option is recycled polyester, which she described as “looking awful” when first introduced, but now can be a viable fabric for lingerie.

At a time when companies continue belt-tightening, apparel and textile executives acknowledge a major obstacle in producing eco-friendly intimates is its higher cost.

Organic cotton sells at roughly double the price of conventional cotton, according to United States Department of Agriculture and European Index Mundi data. Organic cotton prices ranged from $1.40 to $1.90 per pound in the 2011-12 marketing year, according to the USDA’s most recent “Annual Organic Cotton Market Summary,” issued in August.  Conventional cotton prices hovered between $1 and $1.14 per pound from August 2011 to April 2012, and crept downward to roughly 71 cents in early January, reported the Index Mundi.

Giusy Bettoni, director at the Creativity, Lifestyle and Sustainable Synergy, or CLASS, library of eco-sustainable textiles in Milan, said a number of new, innovative options for intimates were introduced in 2012.

“There are new textiles not only on the vanguard that are truly beautiful,” said Bettoni, as she fanned out several samples on a table.

On display was a silky microfiber stretch jersey made of postconsumer plastic waste by NewLife. Bettoni showed Swiss maker Seidentraum’s pearly organic silk and a “peace silk” with a rougher finish that does not kill silkworms. She pulled out soft, cotton-like swatches made from bamboo by Monocel, and a body suit for infants with a silklike hand made of crustacean shell waste by Crabyon. Soft and pliable milk fiber-blend swatches by Euromaglia looked lounge and legwear ready.

The NewLife initiative is a platform for making recycled polyester developed by the yarn division of the Miroglio Group, which was acquired in 2012 by Italy-based Sinterama Group. Since September, NewLife also has won two environmental awards and has appeared on Hollywood red carpets through the Green Carpet Challenge, championed by Livia Firth.

Cochis said that since its launch, NewLife has grown to about 20 percent of the company’s yarn business, or $5.3 million out of $26.5 million in volume estimated for 2012.

He added, “Within two years, I expect lingerie to be one of our main sectors….We’re able to guarantee the same quality as virgin polyester from all points of view, but at an additional 15 to 20 percent cost. He would not give a wholesale price for NewLife products.

Despite higher costs and pricing, makers said environmental innovation is energizing the marketplace.
“There’s a lot of interest, even if the price puts some brakes on the [business] volume,” commented Mauro Borgini, head of Borgini Jersey in Como, Italy.

Borgini reckons the added cost of NewLife translates to a 5 to 6 percent price increase in finished garments.

“We had been searching for eco-sustainable yarns for a long time,” said Serafini.

Back at the CLASS library, Bettoni showed lightweight fabrics of Monocel, a yarn made from bamboo by Oslo-based, start-up company Nånkåtån. The company name is a play on the Norwegian word for “noncotton.”

The company claims that Monocel is softer, stronger, longer lasting and easier to clean than cotton, as well as being antistatic, highly absorbent and easily blended with other fibers.

“I like to call bamboo God’s gift to the planet,” quipped Jonny Kristiansen, ceo of Nånkåtån.

The specific bamboo used for Monocel nourishes soil, needs no pesticides or fertilizers, doesn’t compete with food crops and is turned into usable fiber through an eco-friendly closed-loop process that removes the greenhouse gas carbon dioxide, explained Kristiansen.

Nånkåtån is completing a life-cycle analysis and maintains a fully traceable supply chain of certified farmers, pulp producers and manufacturing facilities in China that use certification programs such as Oeko-Tex 100 and Ecocert. Monocel, however, currently costs 30 percent more than organic cotton and orders from large brands may have to be capped since only one production plant is making the fiber, he noted.

Meanwhile, production is revving up for a less expensive cotton substitute in North America.

Crailar Flax is made from flax and other fibers including hemp, in a process that’s similar to linen. Flax is a fast-growing rotational crop that requires minimal chemicals and water compared to cotton production. The company described it as an all-natural, enzymatic process, developed by the Canadian National Research Council. It’s as soft and durable as cotton, but requires less dye and causes less shrinkage, said Crailar Technologies spokesman Ryan Leverenz. “Crailar can also be used on existing cotton spinning machines,” he said, noting that the company has a partnership with underwear giant Hanesbrands Inc.

Crailar Technologies aims to produce 150,000 pounds of fiber per week this month, and increase production to more than 1 million pounds per week by the end of 2013. The flax fiber currently wholesales for about $1.25 per pound.

Despite high-tech advances in sustainability, McAspurn said buyers should beware of enticing new materials that purport to be eco-friendly. She advises companies to shop around, get a second opinion and check certifications before investing in new programs.

She warned that some earth-friendly raw materials may require toxic chemical processing, and even blending fibers for stretch or special effects can reduce their potential for recycling. While milk fibers may sound environmentally correct, she questions the ecological wisdom of apparel made of milk by-products: “Should we be using a food to make intimate apparel?”