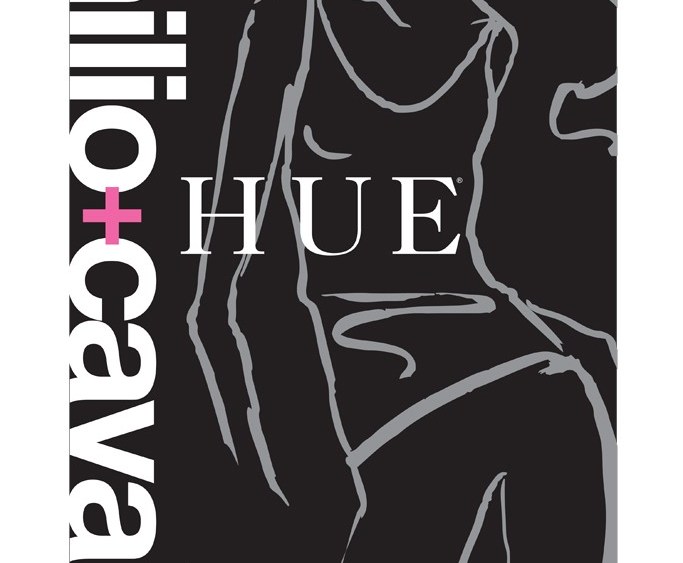 Hue, a contemporary U.S. legwear, sleepwear and loungewear unit of Kayser-Roth Hosiery, will distribute and market the legwear and coordinating pieces, while Florence-based Cavallini will produce the allover seamless, Santoni-knit styles of nylon and spandex.

The collection will combine the concept of legwear that can be coordinated, layered or mixed and matched with a capsule group of soft, stretchy tops and bottoms that have a ready-to-wear look.

Legwear styles include seamless leggings and three footless looks — geometric-pattern net tights, large circle net tights and sheer styles. The legwear will retail from $34 to $40. Related seamless items include a textured dress, a cami, a cami bodysuit with snaps, a crochet tank and a short diagonal skirt.

The color palette features a range of acid brights, including green, orange, fuchsia and royal blue, as well as black and white.

Julia Townsend, executive vice president and general manager at Kayser-Roth Corp., described the concept as “hosiery for the body.”

“We’ve done guest-designer programs before with fashion names such as Tibi, Trina Turk and Milly, but this is different, because it goes beyond legwear and it’s a totally different category — it’s hosiery for the body,” said Townsend at the Hue showrooms Tuesday. “It’s only the second day of the spring market week, but the retailers we previewed were excited about the newness of this concept and there is an openness to it….It feels and looks like something special, a collection you would find in a European boutique.”

Regarding which department the collection will be housed in at major stores, Townsend said, “The jury’s out.

“But we do know it’s going to be breaking new ground….One thing we know is the line will probably be merchandised inside and outside of the new packaging, so the customer can feel the product and see what it looks like,” explained Townsend.

The new hanging packaging is rendered in black and white, with an oversize co-branded logo and an illustration of a woman’s figure wearing the product. A pop of color is achieved with a clear vertical window that shows the packaged product underneath.

Lisa Cavallini, daughter of designer Emilio Cavallini and president of Mostlytights LLC, the North American distributor for Cavallini products, said, “Hue is the perfect company for our products, because we gear to a young woman who is discovering the hosiery and the seamless clothing world for the first time. We think the U.S. market is ready for this bright-colored line. It won’t go unnoticed in department stores,” she said.

Catrinel Popa, vice president of design at Hue, said the versatility of the collection will add to its salability.

“We wanted to do different pieces that can be layered, worn color-on-color or worn with another shade to pop up the color statement. The pieces can also be worn as a foundation for other garments….The acid brights are very important with color peeking through the open-work that gives a 3-D effect,” said Popa.

A first-season wholesale-sales projection was not available, but the capsule collection could generate sales in excess of $2 million, according to industry sources.

In other developments at Hue, the company is launching an advertising campaign for its fall collection of colorful legwear. The campaign will break in Vogue, Elle, People StyleWatch and InStyle in September. A digital campaign of banner ads will also be marketed through Glam Media and the AOL ad network.