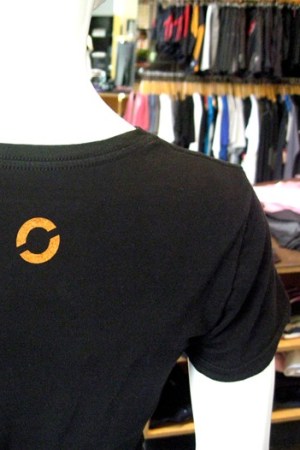 The Equinox Fitness Club is launching its first private label apparel offering, called Orange, as it seeks to be a lifestyle brand.

The new organic collection is manufactured in Los Angeles and hit the club’s 47 shops on Dec. 14.

The fitness club, which has more than 150,000 members, will initially offer T-shirts, hoodies, shorts and tank tops with retail prices of $25 to $125, less than the current range, which extends from $25 to $500. Next spring, it will add a “more elevated” group, including bags and limited edition styles.

“We are looking to evolve and connect with the customer, and part of that is with a competitive price, as well as with great quality and fit,” Equinox buyer Karyn Riale said of the New York-based club’s collection, which is 60 percent women’s wear and 40 percent men’s wear.

Women’s merchandise at Equinox accounts for 75 percent of sales, and men’s sales for 25 percent. Overall, retail sales make up 5 percent, or about $15 million, of the annual $300 million business.

“We are a lifestyle brand, and we are trying to fill a hole in our shops. The Orange label is just the beginning,” Riale said, noting that the shops carry a mix of fashionable performance brands from Beyond Yoga and John Varvatos to Alexander McQueen for Puma and exclusive collections with Nike and others. It’s also carried the L’Oréal-owned Kiehl’s Since 1851 brand in shops and this month will begin placing Kiehl’s products in its locker rooms, as well.

“Most members are very proud to be associated with the [Equinox] brand,” said Bianca Kosoy, the fitness club’s creative director. “There’s a ‘coolness’ about it. People are die-hard.”

However, logos will be small and “subtle,” she said, taking a more long-term view of brand equity that supports the concepts of exclusivity and belonging.

Yoga brand Lululemon Athletica Inc. also sells its apparel to the upscale gym, allowing it to further develop its own “grassroots strategy,” said Lululemon president and chief executive officer Christine Day. Her firm sponsors some of the clubs’ instructors, making them “ambassadors” for the brand.

However, because Lululemon is targeted to smaller shops, Day said “there will probably be some parting when Equinox gets too big.”

Founded in 1991, Equinox opened its first 10 locations in 10 years. In the eight years since, the company added 38 locations — 39 including the E, an exclusive gym with limited membership — raising its club count to 49 gyms nationwide. Same-store sales are down slightly from last year, but up from two years ago.

“We’ve taken a little hit,” said Craig Hook, general manager of the club’s flagship at Manhattan’s Columbus Circle. “Maybe it’s not the best time [to launch a private label] but it’s not a bad time either. Business is getting better, though. Memberships are up.”