Olivier Mauny said the retail expansion is part of an ongoing initiative to create a global network of freestanding boutiques. 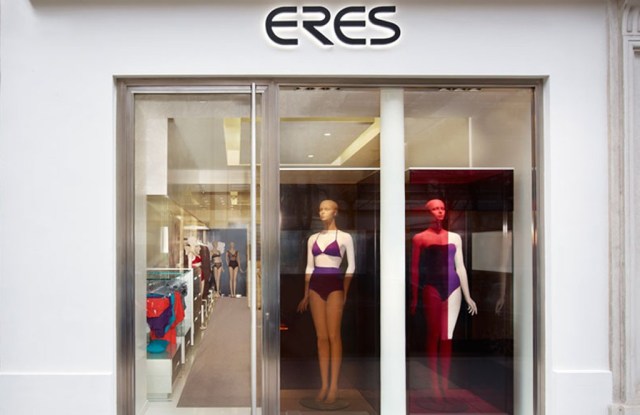 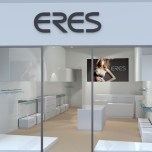 Eres continues to grow its global retail presence this spring with two store openings in Las Vegas and Toronto.

The 792-square-foot boutique in Las Vegas, which opened Friday at the Crystals CityCenter, is the first freestanding Eres unit in Nevada for the French luxury lingerie and swimwear brand. The 452-square-foot shop on Cumberland Street in the heart of Toronto’s affluent residential and professional community will mark Eres’ first stand-alone foray into the Canadian market. The Toronto unit is scheduled to open May 10.

Olivier Mauny, managing director of Chanel-owned Eres, said the retail expansion is part of an ongoing initiative to create a global network of freestanding Eres stores, which will total 25 worldwide with the Toronto unit.

Regarding why Las Vegas was designated a prime venue for Eres, Mauny said, “Las Vegas is a huge destination for international and national visitors who are consumers of Eres. An Eres boutique in Las Vegas is the perfect opportunity to continue servicing those consumers, as well as making our presence known to those who are unfamiliar with the brand and can’t buy it where they live,” said Mauny. “Women go to Las Vegas seeking luxury. It seems natural that Eres is there to fulfill their needs. It’s also a holiday destination, and when you are on holiday in Vegas you are more relaxed and have time to shop.”

Assessing Canada, Mauny noted, “The Canadian market is just as vast and necessary as any other market….Vancouver and Montreal are locations we would consider….For the time being, we have no plans to further expand in Canada. Let’s be a success in our first Canadian location first. But we are very excited about being in Toronto and making the women of Canada fans of Eres, if they are not already. It seems Canada is very interested in French brands as well as fashion.”

The Toronto shop will showcase Eres’ lingerie and swimwear collections for spring, while the Las Vegas store will feature the spring lines as well as the swim collection for resort. Both units were designed by Georges Rabineau, the interior designer who has created the concepts for Eres retail stores over the past decade.

Mauny added that the company is looking at other venues on the West Coast following the success of the Beverly Hills store, which was moved into a new 1,200-square-foot space last fall.

“We have considered expansion in California, and looked at San Francisco as a potential location,” he said.

Chanel bought Eres in 1996. Eres was known primarily for its swimwear, but in fall 1998, with the guidance and financial muscle of Chanel, an upscale collection of lingerie bearing the Eres name was launched.