Brands are responding to the need for stylish and functional activewear. 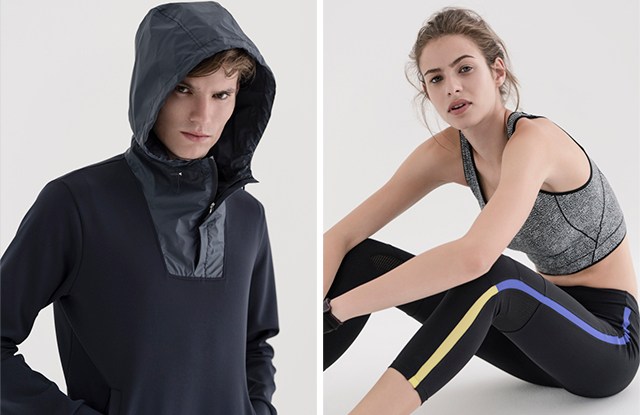 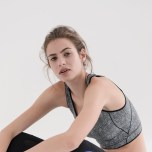 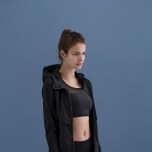 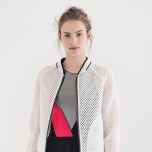 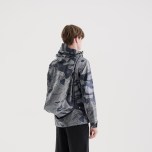 MILAN — As major U.S. players such as Under Armour and Lululemon continue to post disappointing sales, smaller European ath-leisure players are emerging with distinct artistic collections of tailored silhouettes and elements like elastic lace and tastefully abstract patterns.

In many cities, such as Milan, promenades that were once flooded with women in fur, high heels and stockings are now shared with people in constant movement, who need their clothes to take them from the morning yoga session to their networking aperitivo.

Italy-based No Ka ‘Oi, launched in 2014, is one of those brands changing Milan’s dress code. Owned by the Bologna-based Rilievi Group, No Ka ‘Oi captivates customers with a zen mantra and designs inspired by the colors and nature of Hawaii. Designed in Italy, No Ka ‘Oi’s ensembles are made in the Rilievi Group’s production factory in India.

“Nature is the beholder of enduring strength and we translate its elements into our apparel each season. Although we are inspired by this island’s energy, Italy is our country of origin and where we are headquartered,” said Michele Galliano, managing director of Rilievi Group and cofounder of No Ka ‘Oi.

Since its debut, No Ka ‘Oi has since been sold on Net-a-porter, Matchesfashion and in Harvey Nichols, and now has clients in the U.S., Europe, Asia and the Middle East.

Sàpopa is a Milan-based brand that prides itself on its Italian tailored elements and one-of-a-kind eponymous sportswear fabric that the company developed with an Italian laboratory in the Veneto region. Sàpopa’s material is woven with threads that contain enzymes similar to natural ones that aid human blood circulation.

During a recent press presentation, founders Piero Righetto and Maria Elena Ghisolfi invited a small number of journalists to join them at a yoga class in the swanky Hotel Magna Pars in the Via Tortona design district.

Attendees were impressed by the elegant contours, light, temperature-regulated materials and the fashion-forward patterns.

“We realized there was room for an activewear brand that is sophisticated and infused with tailoring techniques that doesn’t make you look like you just stepped out of the gym,” Righetto said.

Righetto added that the company started with about 200,000 euros, or $266,000, in 2014. It used start-up capital to help fund its team that had design and tech experience in companies such as Dolce & Gabbana, The North Face and Patagonia. Driven by sales in global markets and in upscale stores like Harvey Nichols in Hong Kong and Bloomingdale’s in Dubai, the brand expects sales to triple in 2016 from its 2014 levels.

Elsewhere, players like the tennis-inspired brand Monreal London and Lucas Hugh are emerging in a similar vein.

Galliano noted that these brands are responding to the same intention of creating stylish activewear and developing their collections with their concepts and construction techniques that are similar to No Ka ‘Oi.

Retail prices for Sàpopa and No Kai ‘Oi are in line with the luxury market. Online prices run from about 160 euros, or $172, for a pair of leggings to well more than 400 euros, or $429, for a sweatshirt.

In the U.S., activewear sales overall are still growing: they grew by 16 percent in 2015 versus the year before, compared to a two percent year-over-year rise in total apparel sales, according to the U.S.-based NPD Group.

The founders of the Hong Kong-based fashion development firm Vertical Collective stressed the need for emerging activewear players to cater to performance as well as art, science and the tricky business of complimenting a feminine silhouette.

“The brands that are succeeding in this market are focusing on aggressively pushing trends forward in order to stand out. The most relevant product needs to give a nod to streetwear but find a way to stay feminine and sexy, since it is all about showing off your body — that is not an easy intersection,” said Vertical Collective’s cofounder and co-ceo Katherine Zabloudil.

Zabloudil’s partner, Morgaine McGee, praised brands such as Sàpopa for their smart, patented innovations like Sleggings, a pair of workout pants that hide a woman’s backside with a discreet flap.

“Sleggings is an incredible new take on active leggings, but it also provides a bit of modesty for those women who may not be into showing it all off,” McGee added. “Couple that with state-of-the-art [Made in Italy] fabrics they are using, and you have a winning combination.”