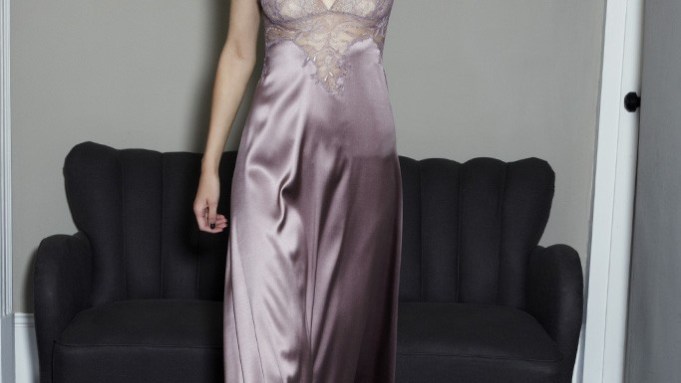 Fleur of England is poised for international growth.

But Fleur Turner, founder and designer of the luxury lingerie label, wants to grow the brand’s global presence without forsaking the quality or ethics in making her upscale designs.

Turner was recently in New York for a breakfast presentation for the media at The Mark hotel, where the fall collection was shown.

So far the luxury brand created by Turner in 2000 is sold at Barneys New York, Harvey Nichols and Fleurofengland.com, as well as more than 65 specialty stores in 20 countries worldwide. Annual wholesale revenues are more than $10 million, according to industry estimates.

Now, Turner wants to expand the brand into select stores worldwide and has begun exhibiting the collection at trade fairs such as CurveNY, where more than six new retail accounts were garnered in February, including specialty boutiques in Japan.

“Business has tripled in the last two years. We now feature a lot of full-busted bras that are sized up to a G cup, and we can do a 28-inch back [band] as well,” said Turner.

The Bristol, England-based company introduced a line of namesake hosiery in 2012 that is primarily sold online, and the number of collections has more than doubled to five lines each season. Suggested retail for bras is $120 to $200, while briefs are $65 to $200.

Turner noted that despite a tough global recession, the demand for luxury lingerie has accelerated.
“Oddly enough, lingerie sales go up — it’s certainly more affordable luxury as opposed to buying a Ferrari,” she quipped.

Turner relaunched the brand’s e-commerce site in February to be more user-friendly, especially for men, who make up the lion’s share of business.

“This is now a global site that features a bra-fitting area, an international sizing chart; and items are filtered by bra style, color and sizes. There’s a great focus on imagery, and if people want to purchase items there’s a lot more detail of the entire collection,” explained Turner. She added that 53 percent of purchases online are from men.

Turner — who grew up in a big family of boys in suburban Surrey, England, where she wore her brothers’ tops and pants, not dresses — said she believes the her upscale lingerie is well worth the investment.

“My collections are made by family-run manufacturers in Portugal, Malta and the U.K. by highly skilled workers. For me, the ethics of how everything is produced are very important,” said Turner, who designed lingerie in Hong Kong for high-street stores such as Victoria’s Secret.

“I experienced China and how the big factories work. I knew that’s what I didn’t want,” she said.