The intimate apparel brand has brought on a new designer — Flora Nikrooz has left the business — and is focused on growing distribution and licensing partnerships. 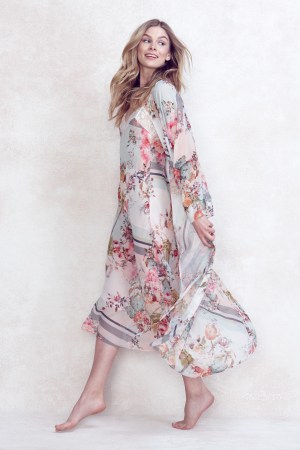 The intimate apparel line, which was founded by Flora Nikrooz in 1982, has a new designer — Nikrooz is no longer involved in the business — and new ownership.

Age Group Ltd. acquired the line in 2003, but earlier this year co-owner Richard Adjmi broke off from the manufacturing company to form Essential Brands and took the Nikrooz business with him.

“Flora Nikrooz is a business that has been near and dear to my heart and I felt now was a good time to redouble the efforts and focus on something that I believe has a potential for growth,” Adjmi previously told WWD. Adjmi said Nikrooz’s departure was amicable.

Adjmi is focused on growing the brand through increased distribution and licensing partnerships, and has hired intimate apparel designer Janey Leong to help steer the effort.

Leong, who previously worked in intimate apparel positions at Oscar de La Renta and Macy’s, is bringing some breadth to the assortment, which includes a moderately priced line that’s sold at retailers including Macy’s and J.C. Penney, and a more expensive collection that’s carried at stores including Anthropologie, Bloomingdale’s and Nordstrom. The moderate collection, Gold, is priced from $48 to $64 while the higher-priced line, Collection, retails from $68 to $120.

Leong has expanded on the heritage created by Nikrooz, who is known for her bohemian-influenced designs with intricate embroidery. She’s introduced digital prints, new silhouettes such as a cropped caftan and knit fabrications that move beyond the special occasion bridal pieces that are signature to the brand. Adjmi told WWD the goal is to expand doors and increase rack space within existing distributors. They are also invested in increasing their replenishment business.

According to Adjmi, the moderate business does bigger volume, but the collection line is seeing the most growth.

“Business is healthy right now,” said Adjmi. “When we are trend right and hit the nerve, she is willing to spend the money.”

Licensing partnerships within adjacent categories including swim are also down the line, said Adjmi.