Frederick’s of Hollywood to Open in Abu Dhabi

The flagship is part of an exclusive multiyear licensing agreement with Safeer Establishment to open 10 or more stores in the Gulf Region by 2014. 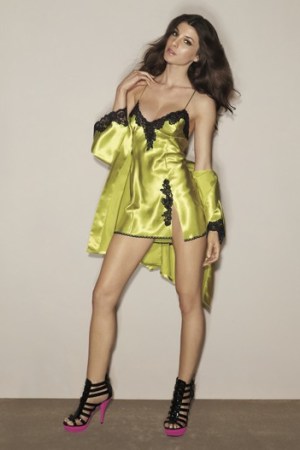 Frederick’s of Hollywood will open its first flagship in Abu Dhabi this month.

The 3,500-square-foot store will be located in the luxurious Mushrif Mall and is part of an exclusive multiyear licensing agreement with Safeer Establishment, a subsidiary of Emirates Associated Business Group. The deal includes the opening of 10 or more Frederick’s stores in six countries in the Gulf Region by 2014, three of which will be in the United Arab Emirates, including Dubai and Bahrain.

This will be the Hollywood-based specialty retailer’s first foray into the Mideast, said Thomas J. Lynch, chief executive officer of FOH.

“We have a conservative plan, but this market has a lot more potential,” said Lynch. “This is our first step to get the Frederick’s of Hollywood brand recognized internationally. We are looking for more avant-garde, blue chip retailers to partner with in the international marketplace.”

The flagship, which opens in late July, will feature white tile floors, sleek black-and-white leather accents and a hint of Frederick’s signature Hollywood look — red carpeting. The decor will be given a boost of Tinsel Town glamour with a display of corsets designed by celebrities such as Halle Berry, Scarlett Johansson and Dita Von Teese. In addition to an abundance of sexy lingerie, product categories will include swimwear, dresses and shoes.

Lynch said the goal will be to bring the excitement of “Young and Old Hollywood” to a sophisticated consumer base that wants the cachet of red-carpet fashion.

Raid Abu Hudra, ceo of Safeer Establishment, said his company is “committed to the success” of its venture with Frederick’s.

“We are working hand-in-hand with the Frederick’s team in the U.S. in order to achieve the goals set for this expansion,” he said.