Gottex has been able to maintain its standing as a top swimwear brand for 60 years via diversification, innovation and viewing retailers as partners. 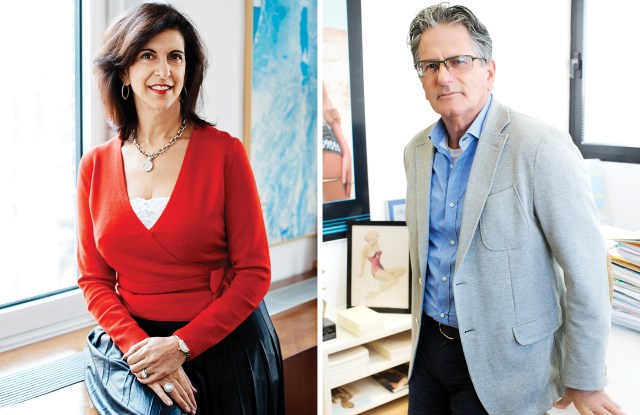 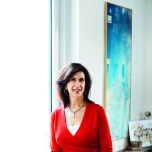 Gottex has a gravitational pull on its employees — and, it hopes, its customers, who keep coming back to the label.

The swimwear brand, which was founded by Lea and Armin Gottlieb in Israel in 1956, is being led by Ron Grundland, who has served as chief executive officer since 2010 but previously worked in operations for the company from 1980 to 1990. And Linda Sassoon, Gottex’s U.S. president, has had a similar trajectory and worked for the company from 1981 to 1997 but she returned in 2002.

“It’s where I grew up in the business,” Sassoon said. “I had spent 16 years here, so I was very comfortable with the people in Israel and when I had an opportunity to come back I said ‘You know what, let’s give it a shot.’”

Since returning to the house that Lea built, both Grundland and Sassoon have been tasked with growing the swimwear company, which is now owned by private investors, and transitioning it into the current marketplace without sacrificing its heritage.

For Grundland, that meant bringing back fabric production to Italy — when it was sold to the Africa-Israel Group in 1997, it moved manufacturing to China. Grundland said this change enabled the brand to produce higher quality products, shorten the supply chain and better react to the market.

“The swimwear season is very short and if you are late, you lose it,” said Grundland, who added that the Chinese New Year prevented Gottex from making any changes from January to March. “Now we are able to adjust things and provide newness so there’s not just one collection that’s lying in the store for six or seven months.”

Building on the swimwear lifestyle proposition that Lea created — she introduced an entire range of products including skirts, dresses, pants, tops and caftans to wear with swimwear — was also important. Gottex, which is sold in more than 60 countries, has done this by launching different divisions and diversifying the merch.

Sassoon helped oversee the introduction of Profile by Gottex in 2006, which was designed to fit every woman and is the brand’s biggest collection. Five years later, it introduced Profile Blush, a line sized by cup and produced for women between the ages of 25 and 35 who wear a D cup or larger. And for spring, it’s introducing Profile Sport, an ath-leisure swimwear brand.

The company also created subcategories under the Gottex line: Collection, which features Gottex’s classic styles with a modern twist; Contour, a swimwear line integrated with shapewear; Essentials, a more conservative line at a lower price point, and GTX, which focuses on women who want fashion-forward cup-sized bikinis and one-piece swimsuits. Grundland said that at one point, Gottex stopped producing this line, but retailers asked for it back.

According to Sassoon, retailers in the U.S. are open to this product differentiation and customers usually buy across multiple brands, but different regions prefer different lines. For example, in the U.S., 26 percent of sales come from the Essentials line, while in Europe that brand makes up just 2 percent of sales. Amidst these varied assortments, Grundland said the brand hasn’t lost sight of its core shopper.

“Even though most of the market is going young and contemporary, we cannot forget our loyal base,” Grundland said. “But if you’re looking at the woman who is buying Gottex today, she doesn’t look like the same 50-year-old as 20 or 30 years ago. It’s a woman who goes to the gym and has a great body, so we’ve updated the collection. But it hasn’t lost its DNA.”

A key component for the brand is fabric innovation, which Grundland said has centered around making the suits lighter by removing lining and power netting but still maintaining support. The design and patternmaking teams have achieved this because of Gottex’s investment in creating technical textiles with a high percentage of Lycra. And because Gottex is known for its vivid colors and prints, it’s also working on producing new fabric printing techniques.

So far these shifts have been working. Gottex doesn’t disclose numbers, but Sassoon said that over the past 10 years, sales in U.S. and Canada have tripled. In 1997, the last year for which a volume figure was available, the brand was generating $60 million. The U.S. accounts for 60 percent of its sales and Europe is 30 percent. The rest comes from Israel, which Grundland said is a small market but still important to the business because the country is sunny 10 months out of the year and brand recognition is strong. Besides its own line of swimwear, 50 percent of Gottex’s business is from producing private label collections for retailers including Kohl’s and J.C. Penney.

Despite the financial growth, both Sassoon and Grundland admit that the biggest challenge they are facing is the decrease in foot traffic at department stores — Gottex is sold in retailers including Nordstrom, Bloomingdale’s, Saks Fifth Avenue, Neiman Marcus and Harrods. And because the brand doesn’t have its own big store network (just seven shops in Israel), it relies on sales from department stores and specialty boutiques.

“As a brand, opening stores has always come to mind, but the big problem is that swimwear is quite seasonal and makes it hard to keep a shop open for 12 months,” Grundland said. “Also, I view my [retail] customers and my distributors as my partners. I don’t want to take any business away from them.”

This is also why Gottex doesn’t operate its own e-commerce platform, but Sassoon said the brand has done well selling on partner-retailers’ sites.

“Online has become a very big part of the business,” said Sassoon, noting it makes up 30 percent of its sales. “The customer has figured out that she would rather try on five suits at home and return what she doesn’t want.”

Partnering with retailers directly is also a key strategy with regard to its advertising. While Gottex has a history of using top models like Naomi Campbell, Stephanie Seymour, Tyra Banks and Claudia Schiffer in its catalogues, and recently named Sports Illustrated model Kate Bock as the face of the brand, most of its marketing investments go into international trade shows and swim magazines that target swim buyers.

Sassoon believes the founder, who died in 2012, would be happy about the business they’ve helped develop.

“She was a great talent, very knowledgeable and interesting to work with. It was a special time and I felt like family,” said Sassoon, who worked directly with Lea and her daughter Miriam Ruzow. “I’d hope she’d be pleased with where we’ve been able to take the brand globally.”