Featuring more than 1,000 full-scale factories, the town has become one of China’s prime hot spots for making intimate apparel. 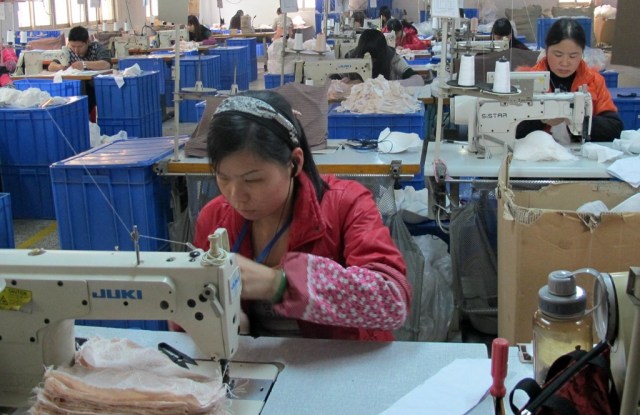 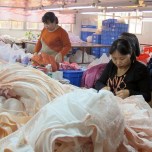 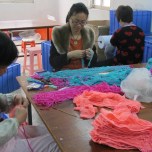 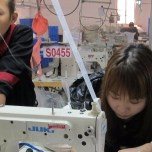 Gurao, China — In 1996, Zhang Zhifan started a transformative trend in this sleepy farming village when he opened a sweater factory.

Seven years later, armed with apparel-making know-how and a better idea of where the consumer clothing market was headed, Zhang decided to switch his product lines. Sweaters were not the way forward — intimate apparel was.

More than a decade after making that pivotal switch, Zhang stands as the leader of a manufacturing revolution that transformed Gurao into one of China’s prime hot spots for making intimate apparel. The town now has more than 1,000 full-scale bra and underwear factories, and another 2,000 smaller, family workshops affiliated with the trade. Auxiliary businesses, selling everything from lace and fasteners to elastic and pre-made ribbons and bows, fill out the streets.

In Chinese media, this is known as “the hometown of underwear.”

Tens of thousands of workers make a living in the factories here, and ongoing steady demand for export and domestic-market products have kept business humming in what has been a down market for many apparel manufacturers in China. But increasing pressure for higher worker wages and a less-favorable exchange rate are likely to start having a serious impact soon, said Zhang, who owns and operates the Shantou Ladymate Knitting Manufacturing Co.

“Business is good for now, we’re still making a profit,” he said in an interview in his office above the factory floor. “It’s going to get slower and slower in the years to come, and it will be much harder to manufacture like this in China.”

Other factory bosses in and around Gurao agreed, saying the industry is still powering forward, but that will not last much longer. They spoke of clear signals that days of heady profits and too many export orders to fill are long behind them. Instead, factories are looking for new ways to innovate to attract high-paying customers.

“We can’t depend on the same techniques that we used in the early 2000s to continue to have a good business,” said Lu Kushan, who manages a bra-production line in Gurao.

The serious downturns and waves of factory closures that have impacted thousands of clothing manufacturers in China have not had the same impact on intimate apparel production. Rather, according to Zhang Fengwei, who heads the Shenzhen Underwear Association, bra and underwear production is still on the rise.

By the end of last year, total sales for the industry were up 36 percent, while profits soared 41 percent. The gains were due to strong domestic consumer sales, but also stability in exports. Zhang said because China’s domestic market is heavily untapped, the future for growth in sales remains here at home.

Much of the manufacturing industry’s potential success is contingent on its ability to change and evolve.

While the manufacturing of apparel and shoes is an older, well-developed industry in China that many would argue has peaked, production of intimates still has room to grow. That means the development of higher-quality products and new creations, said Liu Chi, who heads the underwear-engineering department at the Apparel and Art Design College of Xi’an Polytechnic University.

Liu said the industry is eager to incorporate innovation in its structure moving forward and has invested heavily to that end.

“China’s underwear industry still has big potential to develop. It is still a young industry, which just started in the mid- and late-Nineties,” said Liu. “The underwear industry has a tendency to be driven by high technology, such as 3-D printing and data based on real human bodies. The industry is far from saturation.”

Factory boss Zhan is one example of the drive to create rather than just sustain. When he saw the financial tides begin to turn a few years ago, Zhan did two things. First, he became obsessed with developing a product that would allow consumers to wash their bras in a machine with the same benefits of hand washing.

The result: a bra-washing ball that shelters the garment from harsh machine wash, while still saving time and delicate fabrics. The product is sold in the U.S. and China and he’s working to further refine it.

In addition to that, his son has developed an exclusive line of bras and panties created by an Italian fashion designer that will be marketed to the U.S. and China consumer markets. Making the company’s own branded products will remove the uncertainty of waiting on orders.

“The key for us will be to have and produce our own brand. It will make business much more stable,” he noted.