The actress has invested in 80-year-old Parisian luxury lingerie label called Scandale that will launch in Target. 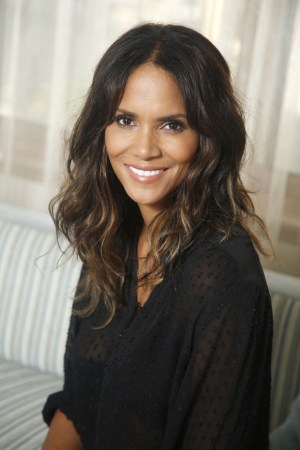 Sneaker Resale Sites: A Hot Category in Midst of Pandemic

The double entendre is not lost on the thrice-married actress, whose curvaceous physique all too often falls prey to the paparazzi. “If you’re in on the joke, you’re in on the joke. If you’re not, I don’t think that you’re offended by it in any way,” Berry said during a recent interview at The London hotel in New York.

But this is not a let’s-see-how-it-goes type business deal for the actress, whose endorsement deals to date have intentionally been select beauty ones. Berry deflected the suggestion she is part of a new paradigm of celebrity investors. “People have been doing it — Ashton Kutcher, Bethenny Frankel with Skinnygirl, Gwen Stefani with L.A.M.B. — just not everybody has the desire to go into business in this way. You have to really want to do it. It’s time-consuming. You have to work hard at it. Along with the career you already have, it’s another job, if you will, that you’re tackling. Not everybody has the desire to do that, but I’m certainly not the first.”

Not to mention Jessica Alba’s two-year-old The Honest Co., which is eyeing an initial public offering with a valuation at just under $1 billion, according to Dow Jones VentureWire. By introducing a mass version of the label that textiles designer Robert Perrier started in 1932, Berry also joins a roster of VIP lingerie designers, including Heidi Klum, who just partnered with Bendon on a new label that will replace Elle Macpherson’s Intimates brand. Berry and her business partner Erik Ryd, founder of the intimates-driven Hop Lun, own Scandale 50-50, and Berry has reimagined it for the North American market.

Tooling around the side streets of St. Germain while visiting her now-husband Olivier Martinez in Paris, Berry discovered Scandale, researched its heritage, learned she could acquire it and signed up to revamp Scandale. Ladurée in Manhattan’s SoHo was her location of choice for this morning’s unveiling of the bound 10-piece Scandale Paris collection, which launches at Target on Monday and is decidedly more modest than what she wore in “Swordfish” or even “The Flintstones.” Retail prices will range from $7 to $18. Intrigued by vintage Scandale ads by such famed illustrators as René Gruau, “I thought this would be the perfect way to bring that Parisian glamour and sophistication that I feel about all things Parisian to America,” she said.

“I’ve been doing this for 25 years. I have been offered many, many times to endorse a product and a big fat check came along with it. But I didn’t feel that that was in line with who I was. There have been some very bizarre things — let’s put it that way,” she said, declining to elaborate.

“For many years, I’ve endorsed the brands of others like Revlon. I sort of partnered with Coty and started making my own fragrances. But those aren’t my own companies. I decided for my own evolution as a woman and an entrepreneur, it’s time for me to step out and really be part owner of something that I believed in and not just lend my name to a brand,” she said. “I understand that women want to feel sexy and beautiful. They want to have undergarments that are very functional, but to still feel beautiful when we take our clothes off. That’s really important and that’s a way to make women feel sexy and validated — all the ways we as women need to feel. And I love lingerie. It’s always been important in my life. This is a very important endeavor that feels very in line with who I am.”

Even before she wheeled it out of Ohio at the age of 17, Berry grasped what it took for her mother to provide. “I was raised by a single mother. All I saw her do was work her ass off to raise two kids to give us every opportunity to succeed in life — from the sort of school she sent us to, to the social environment that she allowed us to grow up in, to her ability to teach us that our world is bigger than our backyard,” she said. “She was a registered nurse on a psychiatric ward in a V.A. hospital for 35 years. So imagine. A lot of stories came home from work. She was committed to it. Every time she had a bad experience she never quit. She was dedicated to these patients and felt they had been totally and completely mistreated and that the country kind of forgot about them, especially when they came back from the Vietnam War. She was committed to helping change their lives.”

In turn, Berry, a mother of two, helped champion the antipaparazzi bill that became a California law last year. Her production company 606 Films is named for that piece of legislation. “It’s gotten better for my children under the 606 pact,” said Berry, adding that she is more at ease to roam in Europe. “When you’re with a local [in Paris] you kind of get to enjoy the city in a different way. Of course, we love the food, the wine, the culture — the fashion is different there. We have a place in St. Germain so I love to roam around and discover the artists. I love the freedom that I have when I’m there. It’s very different than when I’m tooling around here. There’s just a freeness [in] the way that I am able to move around in the city.”

Partial to Helmut Lang, Chloé, Isabel Marant and Michael Kors, Berry described her own style as “pretty simple.” In a black blouse and torn jeans, the “Extant” star, who had just returned from a God’s Love We Deliver visit with Kors before the interview, said, “I try not to ever overdo it. You won’t see me overjeweled or overdressed. That’s really not my style.”

Berry’s business manager of 25 years, Jeff Wolman, gave her the most solid advice that has served her well. “He is probably the most honest man I have ever known and he is solely the reason I still have a lot of the money I have ever earned in life, because he taught me how to manage my money,” she said. “He told me, ‘If someone is not adding value, they should not be on the payroll.’ While that seems like a simple statement, sometimes it’s really hard when you’ve known someone for a long time and they’ve worked for you for a long time. It’s hard to look at a situation with your business mind and not your heart.”

Having partnered with Kors for the United Nations’ World Food Programme, Berry insisted philanthropy is not just for the affluent. “I just hope that through Michael or me talking that people will start to help. I tend to think a lot of people really help. But when you really start to break it down, you realize that a lot of people don’t help in the ways that they could help. A lot of people think, ‘Well, I’m not superwealthy — I can’t afford to give a lot of money,” she said. “I took my daughter to Nicaragua and she was so moved by it that when she came home she set up a lemonade stand and raised $300 in an afternoon. That inspired me to think, ‘It doesn’t matter who you are. You can be six years old, and raise $300 to make a difference.’”

Of Kors, she said, “He’s one of those guys who is really putting his money where his mouth is and putting his money into something that is really meaningful.…I personally don’t know any secrets [about him.] So I would have to say you would be surprised to know that he really is that guy who he appears to be.”

As for any moral responsibility tied to fame, Berry said, “It’s a very individual choice. There’s no right and there’s no wrong. Some people might give in a quiet way. They might make contributions financially. They might give of their time and you don’t know what they do. That doesn’t mean that it is any less honorable than the people who do it more out in the open. If we can use our voices from time to time to raise that awareness, then I personally feel that’s an important thing that I should do because I have that power to do that.”

Once her daughter’s zombie Halloween costume is good to go, Berry will be winging it to New Orleans for her Moviefone-sounding role as “a mother who will stop at nothing” to rescue her son in the Lorenzo di Bonaventura and Erik Howsam-produced thriller “Kidnap.”

In the meantime, Berry hasn’t lost any sleep about the potential for others to chalk up her Scandale pursuit to her beauty, a subject she only addressed when asked. “I honestly have suffered that my whole career. That’s not even something I think about quite honestly when I decide to do something. I kind of get lumped in that box no matter what I do. I find myself struggling out of that, struggling to prove myself in a different way. I used to think that at some point, everybody is going to get over that, but they never seem to. So I don’t really think about that any more. I just do. I believe in this brand. I love lingerie and I think this is something that North American women will really be excited about and happy to have. So that’s where I come from. I really can’t control what people are going to think. I learned a long time ago to stop worrying about that.”