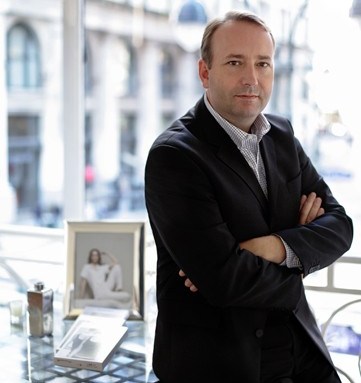 The demand for luxe goods has diminished in the recession, but Hanro of Switzerland sees opportunity as it celebrates its 125th anniversary.

Founded by Albert Handschin in Liestal in 1884, the Hanro name became a brand in 1913 and introduced its first marquee items in 1930 — ultralight Spencer Bra tops and circular-knit bodysuits of fine wool. The company entered the boom years of raschel lace in the Sixties and Seventies, seamless cotton renditions in the Eighties and launched modernistic microlingerie called Cosmetic Lingerie in 1999.

Jan Snodgrass, president and chief executive officer of Hanro USA, said Hanro undies have had a “cult following” among celebrities, starting in the Fifties and Sixties with opera diva Maria Callas. Marilyn Monroe wore Hanro undies in the famous scene in the 1955 film “The Seven Year Itch” in which her skirt was lifted by swooshing air from a subway grate. Nicole Kidman donned a flesh-tone Hanro cami and brief in the 1999 movie “Eyes Wide Shut,” and the first lady of France, Carla Bruni Sarkozy, modeled Hanro undies in a European ad campaign in 1991.

The company views its milestone as a valuable marketing tool during a period when brands and manufacturers are struggling in a tough economy.

“In such a difficult business environment, we are happy to have the anniversary this year as an opportunity to highlight our long-standing tradition of producing some of the finest intimate apparel in the world,” Snodgrass said. “It’s not just a topic we’ve made up — it’s something that’s existed for a long time. Two-thirds of our seasonal [anniversary] orders are replenishable product, and we expect that will help us and people will be able to reorder and restock for the next two years, until the items become collectibles.

“What we see as a strength is not just replenishable product but a whole reevaluation by consumers of things they regard as authentic,” he said. “We also are working very closely with our accounts and are particularly focusing on point of sale with Hanro staff.”

The anniversary collection for women features three cami, bra and panty groups: two are rendered in silk and cotton, and the third group is a blend of cotton, polyamide and tulle. Colors will include a nude tone, pale mauve and a medium mauve. Camis, which will retail from $76 to $108, will be sized S, M, L; bras in the 32B to 38C range will sell for $98, and undies will be priced at $40 to $62 in sizes XS, S, M, and L.

Launches are scheduled for April and May in Europe and August in the U.S. Snodgrass said anniversary festivities will include a “focus on some national [U.S.] advertising and window displays at major stores, which will feature archival pieces.”

“We’ll stage a special media event in New York, along the lines of a press conference with models,” Snodgrass said.

Regarding Hanro’s business in the U.S., Snodgrass said combined men’s and women’s wholesale sales in 2008 were around $20 million, about the same as 2007.

“About 10 to 15 percent of our product is men’s [innerwear], and we’ve had a renewed focus on men’s,” he added. “The challenge is finding space at department stores, which is very limited. But we are the number-one vendor in men’s innerwear in the U.S. at our price points because there’s really very little competition. Our men’s line is priced approximately double the price of designer brands such as Calvin Klein, Ralph Lauren Polo and Emporio Armani.”