The advertising campaign was photographed by Rankin and shot in New York. 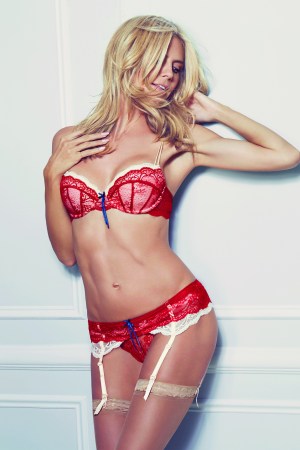 HEIDI ON THE HIGHWAY: Heidi Klum is taking her show to the open road in her Intimates campaign.

The advertising campaign was photographed by Francesco Carrozzini and shot in New York.

Klum models her Intimates range, which includes a lacy bra and panties sets, a sweatshirt and athletic shorts.

While the campaign won’t be running in print publications, it will run on billboards across U.K. locations including London, Birmingham, Liverpool, Bristol, Glasgow, Newcastle, Edinburgh and Manchester.