Encouraged by a robust market for high luxury, a cache of European innerwear brands is testing new price thresholds. 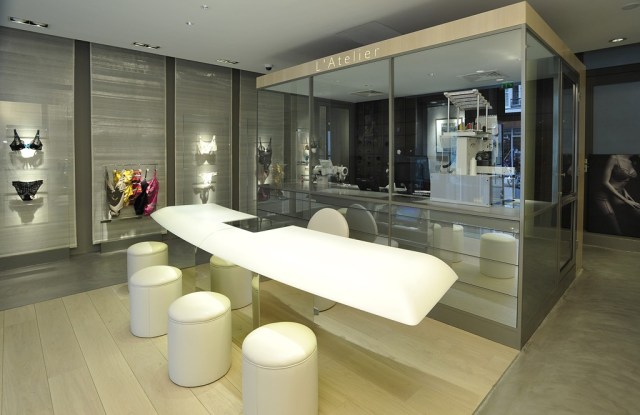 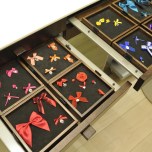 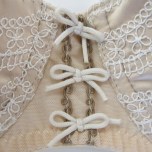 Encouraged by a robust market for high luxury, a cache of European innerwear brands is testing new price thresholds with, ahem, top-drawer lines.

They’re still feeling their way with this niche category, noting that such pricy items call for intensive service and client interaction, along with exceptional finishing, materials and performance qualities.

Maison Lejaby plans to launch an elite lingerie, corsetry and beachwear brand called Maison Lejaby Couture before the end of this year. The line will be designed and manufactured in nearby Lyon, a French city renowned for its silk houses.

“It will be the first brand of French lingerie haute couture,” asserted Maison Lejaby chief executive officer Alain Prost. “We want to show our customers that we can do something special.”

He said Maison Lejaby Couture will represent less than 5 percent of the company’s total sales in the first year. He anticipates volume to amount to 25 million euros in 2012, or $31.6 million at current exchange, and around 30 million euros in 2013, or $38 million.

Lejaby is not alone in spying business opportunities in rarified price tiers. In its bid to re-position itself toward the luxury end of the market, French innerwear purveyor Empreinte in late May opened its first concept store, called L’Atelier lingerie, in the Place Vendôme district, which boasts such boutiques as Cartier, Chopard and Goyard.

On its ground floor, innerwear is displayed in glass frames — like paintings. The lingerie pieces are all made in the brand’s workshops in Brest, France. Service is intense: Once a woman’s fit is correctly identified, sales staff whisk all the styles available in her size to a sumptuous fitting room.

There is also a tablet device available that allows the customer — or her spouse — to create and customize lingerie sets with ribbons, small badges, lace, pendants and the like. Then the set is transformed by a seamstress. It costs approximately 5 euros, or $6.25, for every customized option, and customers can have anything embroidered on their sets. Sets start at 140 euros (about $175).

The guys are getting into the act, too. Men’s underwear is scaling new heights in terms of cost and performance.

Swedish brand RevolutionWear earned a torrent of media coverage when it launched its Frigo No.1 product in the U.S., with a single pair of skivvies priced at 100 euros in Europe and tagged at $100 in the U.S.

“Men are ready to pay for innerwear involving the best materials. It is a whole new category,” said Mathias Ingvarsson, chief executive officer of RevolutionWear.

The Frigo briefs boast an adjustable interior mesh pouch and laser-cut vents placed along the lower back to keep the wearer cool and dry.

“If you charge $100 for a pair, it has to deliver what you promise,” Ingvarsson acknowledged.

Launched in the U.S. in April, the brand is rolling out to three or four more countries by the end of the year, Ingvarsson said.

“They have a real know-how and are developing a true brand image,” said Delphine Hervé, merchandise manager for children’s and lingerie.

While European women have cut down on lingerie spending due to the economic crisis, there is still a strong demand for premium brands, especially with customers from China and the Middle East, Hervé said.

She noted, however, that such high-priced products — with sets often running at 400 euros, or about $500 — require a “selling ceremony” involving a trained sales force and a strong merchandising concept.

Galeries Lafayette in Paris is also giving its lingerie space a facelift. The department store has tapped designer Stella Cadente to revamp the space, which is moving to the fourth floor, and is set to open in early 2013.

Industry consultant Jos Berry of Concepts Paris, a trend-forecasting firm, noted there is a dearth of specialty stores that are luxurious enough to sell such prestigious brands. “High-end independent lingerie stores are few in number — you can count them on one hand,” she said. “It is a micro market.”

That is why brands exploring upper price tiers recognize the need to have their own retail showcase, as Empreinte does. “But to have freestanding stores, you have to have enough turnover,” Berry noted.

Nevertheless, retailers say it is a promising market. Printemps’ Hervé said she would like to see more fashion content from innerwear brands, letting go of any semblance of the commodity mentality that is widespread in the industry.

Anne-Laure Linget, international development manager at the Lingerie Federation, said the “visible lingerie” direction is but one case in point: “Brands should take advantage of those trends.”