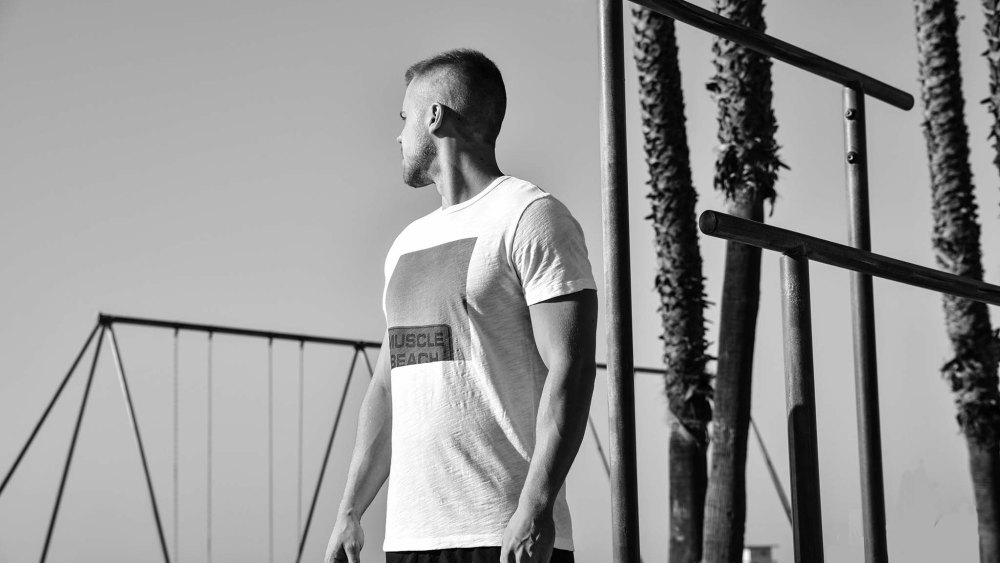 Equinox and Hiro Clark have teamed up.

The upscale gym chain has partnered with the L.A.-based men’s wear brand on a limited-edition line of T-shirts.

The collection includes three different T-shirts covered with workout messaging including “Arnold is Numero Uno,” and “Run Like You Stole Something.” The T-shirts, which retail for $128, will be available at Hiroclark.com and Equinox locations in Beverly Hills, West Hollywood and Greenwich Village in New York.

Andy Salzer launched Hiro Clark in 2014. The 100 percent cotton, classic-fit T-shirts, which are inspired by California, are produced in limited runs of 12 for each design. Salzer has also worked with fragrance brand Le Labo.

This is only one of the many ways Equinox has recently aligned itself with the fashion industry. This month the upscale gym chain is partnering with men’s wear trade show Mrket on a new section, Move, which is dedicated to activewear. Earlier this year it announced a partnership between its editorial arm, Q by Equinox, and Mr Porter on a series of fitness videos.