The men's and women's line will feature lifestyle as well as performance pieces.

Hoka One One is taking the plunge into apparel.

The buzzy footwear brand known for its highly cushioned running shoes is introducing its first apparel and accessories collection. The 27-piece men’s and women’s line includes performance and lifestyle pieces such as running tights and shorts, sports bras, T-shirts, hoodies and bucket hats.

The idea for what to include in the collection came after the company conducted a consumer survey with nearly 4,000 people in its database. Their responses showed a desire for apparel that is high-performing and accommodates every type of athlete. Gretchen Weimer, global vice president of product, said the most requested items were actually T-shirts and hoodies. “What that says to us is that people want to wear the brand,” she said. 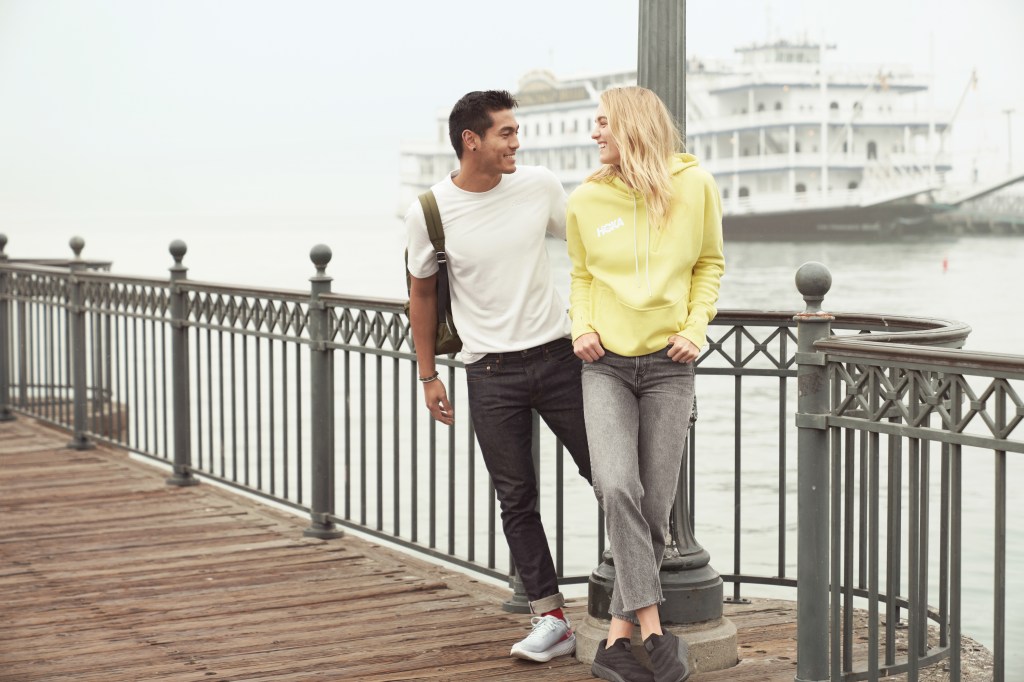 But the collection will also meet the needs of hard-core athletes, she said, with products that utilize high-tech fabrics including Gore-Tex’s Shakedry, which will be used in the pinnacle piece, a lightweight running jacket that will retail for $250. The lifestyle Ts and performance tanks will sell for $52, a performance no-show sock will be $12 and the bucket hat and performance caps are $35.

Sustainability is also a key component of the collection and includes a unisex puffer jacket made with PrimaLoft insulation that contains 100 percent postconsumer recycled product, and performance tops made from Polartec Power Dry fabric, which consists of at least 50 percent recycled fibers. The performance tops, tights, sports bras and women’s shorts incorporate recycled raw materials as well, the company said. 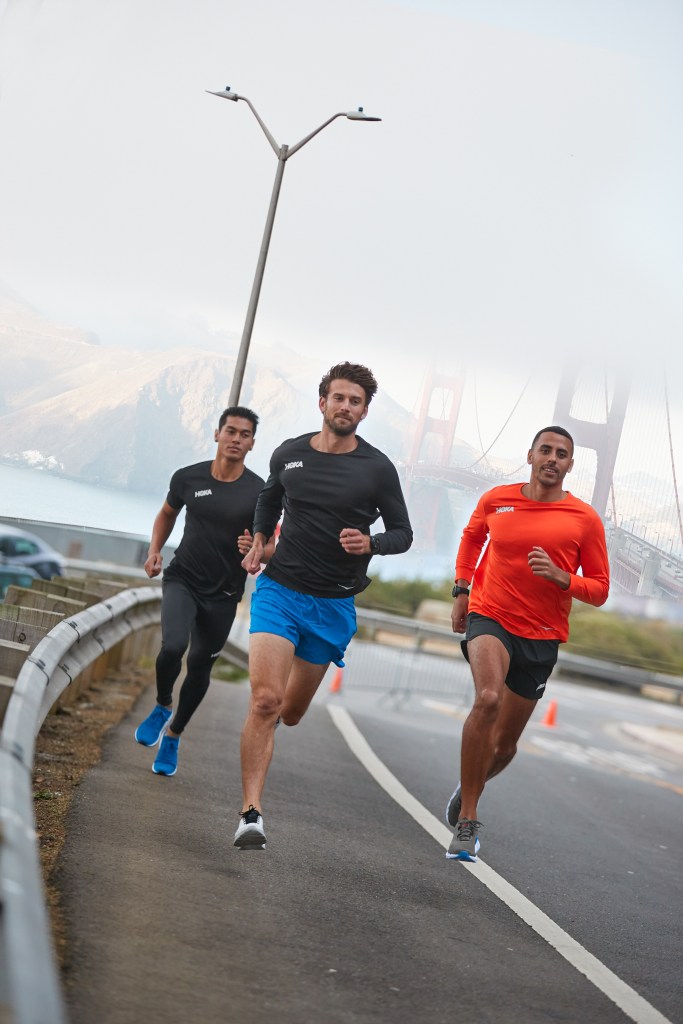 Weimer said while Hoka has partnered with other brands such as Oiselle on co-branded apparel in the past, this is its first stand-alone collection. “We’ve tried to launch apparel a couple of times, but we’ve pulled it back because it didn’t meet our standards,” she said. But the timing is right now as Hoka continues to expand its reach and it will also serve to position the brand as something other than cushioned running shoes, Weimer said.

To introduce the collection, Hoka has produced a lifestyle catalog that is expected to hit homes on March 17 that will direct customers to the brand’s web site where it will be sold. Weimer said the first apparel line will only be available directly from Hoka, not through its wholesale distribution channels. “We want to test it and see how it works,” she said. The collection will also be promoted on e-commerce as well as through social media and e-mail.

Hoka One One — pronounced O-nay O-nay, a Maori phrase that means “fly over the earth” — was founded in 2009 by Nicolas “Nico” Mermoud and Jean-Luc Diard, two French ultra-runners who were unhappy with the options available at that time in the running shoe market and searching for an alternative that would help them run downhill comfortably after racing up mountains. It was acquired by Deckers Brands in 2013.

In the third quarter ended Dec. 31, 2019, Deckers reported that Hoka’s net sales increased 63.6 percent to $93.1 million compared to $56.9 million for the same period last year. The company said its growth came in both the domestic, which accounts for two-thirds of its business, and international markets and the brand had success at the wholesale and direct-to-consumer channels, the latter of which doubled over the prior year. And Deckers said it expects the fourth-quarter revenues to be up in the high 40 percent range, bringing the brand’s volume to approximately $350 million.

Brand president Wendy Yang has said the goal is to eventually grow Hoka into a $1 billion brand.