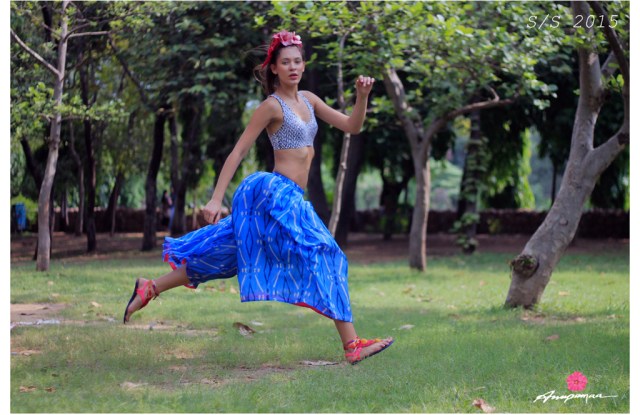 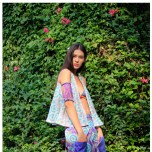 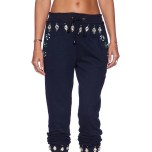 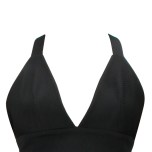 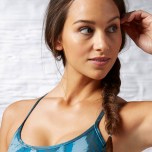 Analysts said the sales growth is expected to continue as the momentum picks up for Yoga Day, which will now be celebrated every year on June 21.

While Times Square in New York had a turnout of more than 30,000 yoga practitioners, a Guinness World Record was broken in New Delhi, as about 36,000 people came together early Sunday morning. They gathered at Rajpath — the majestic road that connects the Indian president’s residence to India Gate, an iconic monument at the end of this road.

In New Delhi, a second Guinness record was also set for the greatest number of nationalities doing yoga together when people from more than 80 countries participated.

Global brands seized on the opportunity. Adidas designed a personalized outfit for Indian Prime Minister Narendra Modi, including having his initials printed on one side. While the outfit was made using cooling technology – Climacool – every product in the set was made in India, an Adidas spokesperson said.

“In the spirit of what is set to be an iconic day, we created this custom-made gear to showcase our support and appreciation,” said Dave Thomas, managing director of Adidas Group, India. He said that he was confident that International Yoga Day would see increasing participation in years to come and that one day would hopefully multiply into months — and eventually “a lifestyle for citizens in India and around the world.”

Reebok’s style statement on yogawear was about color; scenic yoga leggings and sports bras; beanie tanks – longer for more coverage – in bold colors and prints; printed capris with broad elasticized waists and cuffs; violets for the season; and PlayDry technology to handle the heat.

Watching it all closely, and monitoring sales, were the numerous new companies in India that have been growing the concept in the last three years.

“Over 200 million people around the world practice yoga. The estimated market for yoga apparel in the U.S. alone is well over $13 billion annually,” said Sanjay Nayak, cofounder and chief executive officer of Proyog. “Unfortunately, the market is dominated by players who are simply passing off synthetic fitness wear as yogawear. There’s a lot of harm being done to yoga. We are looking at becoming a serious player, if only to liberate the yoga world from its cling-wrapping and help it breathe again.”

Proyog launched the brand in India on Sunday, with an ambitious growth plan, rooted in more than two years of research.

“Indian yogis traditionally wore natural, unstitched clothes which were neither too tight, nor too loose,” said Priyanktha Iyengar, cofounder and design head of Proyog.   “We’ve tried to come as close to those fabrics and designs as possible.”

Proyog’s trademarked “HyperBreath” fabrics have been styled to include dhoti pants and dhoti shorts. A dhoti is a traditional form of dress for men in which a length of fabric is tied around the waist and between the legs.

The fabric uses Lycra yarn, which is wrapped with organic cotton before knitting. It does not compress any part of the body or harbor odor-causing bacteria, while offering greater stretch and recovery than the commonly used cotton-elastane. Proyog also uses an organic cotton and modal blend, sticking only to Lenzing Modal.

“All have been inspired by centuries-old yoga attire. Proyog’s color palette is rich, earthy and calming, rather than fluorescent and psychedelic,” she said.

The Proyog range retails from 1,899 rupees to 3,099 rupees, or $24 to $49 at current exchange, for tops, which are sold online, but will go into brick-and-mortar retailers such as the department store chain Shoppers Stop. Iyengar said that the expectations were to have sales of 3 billion rupees, or $47.23 million, by 2018.

Online sales for yoga apparel and mats have shown the steepest growth.

A spokesperson for Amazon India said that yoga-related apparel has seen growth of 20 percent per month for the last six months. The yoga mats category has grown 30 percent during the same period.

The focus on organic and sustainable fabrics has made major headway in the yoga market in India, including bamboo fiber, as in Fusion Clothing’s line Do U Speak Green. Soybean protein and banana fiber is blended with bamboo fiber in the collection by Ahmedabad-based brand Bhusattva.

Bangalore-based brand Urban Yoga, which is owned by Indus League Clothing Ltd., one of the major players in the market, has been focusing on fashion in its collections. These include an Aura range, which captures the vibrant colors of the aura, and a Dry Fresh line, designed for vigorous workouts. “It’s been all about making yoga more cool and chic,” said a brand spokesperson.