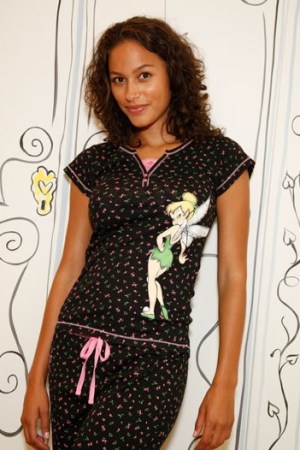 Squeezed by the dismal retail climate and the lack of credit, innerwear executives said they were preparing for the worst at this week’s innerwear market.

Vendors are anticipating cutbacks on spring orders that were placed at the August market, as well as requests from retailers to stretch deliveries by several months to delay expenses. In some cases, complete spring programs could be scaled back by retailers, with the exception of key items.

All of this adds up to a particularly unsettled picture for manufacturers, mainly smaller and midsize companies that rely on financing from factors to pay for sourcing, production, shipping, operations and overhead. The seriousness of the situation is underscored by the fact that vendors have paid most of back-end and day-to-day expenses in advance.

Deepening the impact is the continuing consolidation at retail with the most recent casualty being moderate-price Mervyns, which is liquidating at its 149 locations.

Despite the mounting challenges, there is still a demand for innovative product and established brands that have a strong consumer following. Industry executives are hopeful that new ideas and marketing strategies will give retailers a reason to buy. This is a pivotal time because holiday, along with Valentine’s Day and Mother’s Day, is one of the biggest gift-giving seasons of the year for sleepwear, robes, at-homewear and frilly, sexy lingerie.

Robert Zarabi, president and chief executive officer of Felina Lingerie, acknowledged the difficulties created by the troubled economy, but said he maintained a “very bullish” attitude.

“We believe that the correct product and strong newness will result in successful business,” Zarabi said. “In our Felina line, we are introducing five new collections, which will result in a strong turnaround of our business in 2009. From most financial indicators, we hear that the second half of 2009 will see the economy turn around, and we are positioning ourselves for that recovery.”

Although retailers want newness in intimate apparel departments, vendors generally said merchants are wary of beefing up inventories with additional merchandise, especially after stagnant September sales. There also is a fear that lead times are not short enough and new goods will not be on-trend for fourth-quarter business, executives said.

Greg Holland, president of the licensed Donna Karan Intimates and DKNY sleepwear collections at the Komar Co. Inc., said he is “hoping that retailers will put the current business situation aside and have an open mind to look at new product.”

“Retailers will have gotten past the end of third-quarter business, and I think having closure to third-quarter figures will help them come to market with a better attitude,” Holland said. “But it’s a very difficult time. Everybody is paying more for product, and it certainly is not the time for retailers and manufacturers to increase prices. We have not. We’ve absorbed costs because we believe the consumer will not pay more for product in this economy.”

Seth Morris, president of the Carole Hochman Design Group, said, “November always is our smallest market of the year. But I fully expect a very conservative approach to be taken based on current conditions and the great uncertainty everyone is feeling on all sides of the supply chain.”

Regarding new product, Morris noted, “Whether good conditions or difficult conditions, it always remains first and foremost about presenting fresh, innovative product. Whether it be about fabrics, colors, prints or silhouettes, there needs to be compelling elements in some or all of these arenas. Price is certainly a critical issue, as well, and price increases in this environment need to be seen very clearly in the value of the product.”

Richard Gimble, president and chairman of Va Bien International, a shapewear firm based in Puerto Rico, said, “Buyers will most certainly be conservative considering the challenging retail climate. Everyone is keeping a close eye on their inventories right now — not just retailers, but manufacturers, as well.”

Gimble added, “Products that offer compelling value to the consumer, mostly basics, will give the incentive for retailers to buy.”

Kathy Van Ness, chief marketing officer and executive vice president of Toronto-based Sea Group, maker of BodyWrappers, said aspirational categories such as shapers that have an “emotional connection to feeling good about yourself, even in challenging times,” will encourage the retailer and consumer to buy.

“Market conditions are difficult and the stores are more focused than ever on editing and finding fresh ideas to bring to their floors,” Van Ness said. “Buyers are coming into the November market with their spring plans. While plans have been scaled back, they are still looking for sales and need new items for their floors.”

Richard Leeds, chairman of Richard Leeds International Inc., said his company “will be busy, but it won’t be like other markets.”

“Most retailers will not be coming in to buy, but to hear about their competition, trends and get information, like who’s having difficulty — whatever they can pick up to shape their own strategy,” he said.

“It’s pretty clear that retailers aren’t sure what’s going to sell and what isn’t,” Leeds said. “They first want to see validation of what’s selling on their floors. That means shorter lead times and they always have the option of saying, ‘We rethought that,’ or ‘I’d like to push that back to a later delivery.’ Their exposure is minimal, but for manufacturers to be successful, they need to get it dead-on…accurate.”