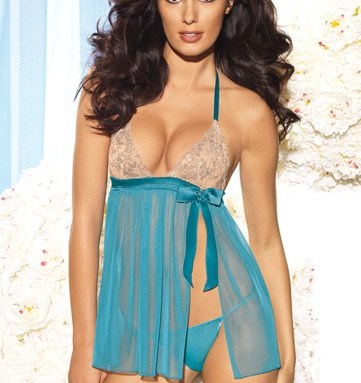 Innerwear retailers are sharpening strategies after one of the most dismal selling seasons in decades, evaluating which brands, ideas, items and categories will sustain business this spring.

A key concern is how to entice shoppers to buy merchandise that is not deeply discounted as merchants seek to wean consumers from across-the-board promotions that slashed tags by as much as 75 percent starting in October.

It’s a sensitive topic that some retailers declined to discuss for attribution, but several merchants said privately they are grasping at any new ideas to motivate consumers.

“It will be very difficult to get customers to buy full-price merchandise after they’ve gotten a taste of huge discounts,” one retailer said.

Merchants generally said they will keep inventories lean this spring and plan to sell products that represent enhanced value — items that convey a sense of luxury without a hefty price tag. Key categories are commodity-type goods that offer sustainable comfort, function and have a long shelf life, such as underwear, socks, T-shirts, daywear, bras, nighties, thermal wear and pajamas.

Although soft goods, as well as entertainment and big-ticket items such as electronics and appliances, took a beating leading up to the holiday season, innerwear seemed to hold its own, according to The NPD Group, a consumer research firm. The category posted a 4 percent loss in unit sales in the 12 months through Nov. 30 compared with the same year-ago period. Thermal intimate apparel was a winner, with a 3.9 percent increase in unit sales during the same period.

“It’s an issue on every retailer’s mind,” Arnold Aronson, managing director of retail strategies at Kurt Salmon Associates, said of pricing. “Now the consumer is almost addicted to huge discounts. It will be a challenge for retailers to find ways to establish values not only with high sales, but with the shopping experience. The demand for basics will continue, but consumers will make due with what they have and make the most with what they have.”

Initial spring deliveries are beginning to trickle in this month, and so far several retailers said they were pleased with sell-throughs of full-price lingerie, mainly everyday, basic bras and undies, as well as shapewear, which is considered an aspirational category after consumers binge on holiday treats. Robes, pajamas and loungewear also continue to fare well because of comfy, feel-good fabrics, along with fantasy fare for special occasions and bridal trousseaus.

“Sexy lingerie is a woman’s call,” said Marc Gobé, president and founder of Emotional Branding LLC. “It is about their sexuality and how they want to play with or in it. It will be difficult for women, after years of self-affirmation with lingerie, to go back to plain items. It is one of the offerings that will be an emotional and strong category. But the spending will be less and the line extensions less desirable. Bras and panties will drive the business. The expensive silk wardrobes will have to wait.”

“An early spring sales trend is definitely starting to take shape throughout our foundation, special occasion and corset departments,” LoRe said. “Whether it be a baby doll or a bra, our customer is responding positively to very feminine colors and patterns, and it shows in the sales. Details such as lightly colored lace, ribbons and fine pleating have all done very well as we begin our advance into spring.”

Despite the uncertain outlook, merchants generally said there were some top ideas and best-selling classifications they plan to move forward with into the first quarter. Although these winning concepts primarily represent product extensions, fashion colors and brands that have been given a fresh twist, such as the newly licensed DKNY sleepwear at The Komar Co., merchants acknowledge they are cautiously editing and merchandising assortments to avoid excess inventory.

“In the midst of a very difficult time, my intimate apparel business for December was flat from last year,” said Robert Pawlak, Bon Ton Stores’ vice president and divisional merchandise manager of intimate apparel. “But we did sell things that represented newness at full price. For spring, we’ve taken each delivery from DKNY sleepwear — and as soon as it hit the floor, it flew out. The line looks great. We’ve had a lot of heavy duty promotions going on with other merchandise, but DKNY sleepwear is sold out with double-digit increases.”

Regarding the newly licensed collection of DKNY bras at Maidenform, Pawlak said, “We won’t have DKNY [foundations] by Maidenform in until Feb. 1. We didn’t like their first version. It was too much based on the original line. They’re now staying true to the [DKNY] name and have added some verve.”

Pawlak noted that he plans to continue with a brand called Barefoot Dreams for spring.

“It was among our hottest-selling lines — spa robes and midseat jackets that were not bed jackets, but styled with a certain flair in supersoft fabrics,” he said.

Charles Nesbit, executive vice president and chief operating officer of Chico’s, said, “We’re still selling [Soma] merchandise at full-price, and our semiannual sale has been very good, considering we had concern sales would drop off after last weekend. We feel very good where we’ll exit the month and season in terms of inventory. To date, we haven’t had to go as deep with discounts as we were concerned, with 60 percent off of markdowns, not 70 or 75 percent.”

Nesbit said one group of bamboo-blend sleepwear with wicking applications, called the Cool Nights Collection, “continues to build and become a core cornerstone of our sleepwear business.” He said product extensions for Cool Nights will be added this year because of consumer demand, as well as a panties line, Vanishing Edge, which has a stay-put, breathable silicone lining that holds the panty in place.

“We introduced Vanishing Edge in fall 2007, and in 14 months sold one million units,” Nesbit said. “It’s been a huge part of our business in 2008, and we’ll continue to support it with subbrand extensions this spring.”

The Vanishing Edge line was expanded to include shapewear, which was a key item in Soma’s Ultimate Gift Guide, he said. The company operates 72 Soma intimates stores nationwide.

A Victoria’s Secret spokeswoman singled out three bras that continue to be hits for early spring: the Miracle Brwa, which gives “the most cleavage available at Victoria’s Secret stores…the BioFit Lace bra that uses “cup-specific technology to create a look that feels custom-made just for you, your shape, your cup size,” and the New BioFit Uplift bra, which features specifically fitted padding and shaping.

Linda Vinciguerra, owner of Linda Lingerie in Staten Island, N.Y., said her early spring winners are a mix for men and women.

“I’m selling a lot of spa loungewear and pajamas by Harlow by Dreamwear, and both men and women are buying it for themselves, and I’ve sold a lot of shapewear like Body Wrap and bras and shapers by Lytess, which has a fruity fragrance and is made of a eco-friendly blend of mango, caffeine,” Vinciguerra said. “Shapers are very popular right now because a lot of people can’t afford lipo[suction]. My best-selling men’s boxers and briefs are by Sexy Bastard by Buckler. People are buying it because they find the name amusing.”

Vinciguerra added that she plans to continue two special events this spring that “pulled in a lot of customers last year” — a psychic night once a month, where a customer is paired with women’s or men’s intimates that matches their personality, and a Mary Kay beauty night that teams lingerie with cosmetics.

Karen Fritts, owner of Loretta’s, a two-store operation in Plano and Flower Mound, Tex., said despite the troubled economy she is “optimistic about business this year.”

“We are primarily known for foundations and full-busted foundations are our core business, so we didn’t take deep [holiday] discounts, just moderate,” Fritts said. “You can find a 34C cup bra anywhere, but finding a 34E or G cup bra is a different story, so we’re less likely to take a markdown. Two spring styles have come in from Freya and Fantasie by Eveden. They’re both fashion bras, which my customers want, and they’re selling well.”

Natalie Ortiz, store manager for Trousseau in Vienna, Va., said, “It seems a lot of manufacturers are veering toward basics for spring, such as Simone Perele and Lejaby, which we’ll receive mid-January. We’ve been selling a lot of pajamas, and plan on selling a lot of silk and lace sleepwear for Valentine’s Day.”