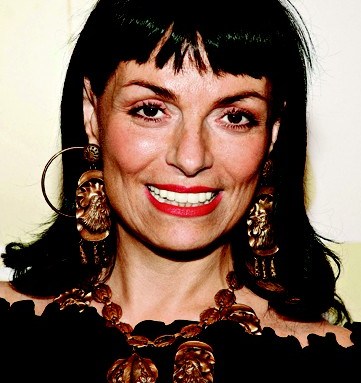 Everyone has a special lingerie memory, whether it’s a romantic tryst, an aspirational desire, a funny moment or an embarrassing situation. WWD asked celebrities and designers for their lingerie moments that truly stand out.

“In the Seventies no one wore underwear or bras…we wore very long dresses for day with flowy skirts or pants. Needless to say, it was a very cool, breezy decade.” — Norma Kamali

“Maybe performing on stage and women throwing their lingerie onto the stage. Bras, all kinds of stuff. Then you give it to the Goodwill. It’s a recession, you know what I mean? They need bras and panties, too.” — Christopher “Ludacris” Bridges

“I don’t wear lingerie. No, I’m kidding! I just remember seeing [expensive lingerie items] and knowing that I couldn’t afford them, and then when I could, I realized that I should not spend that kind of money on things that I’m going to rip off anyway. Save your money!” — Virginia Madsen

“During ‘Forgetting Sarah Marshall,’ because there were so many funny sex scenes we ran out of pasties between Mila [Kunis] and me. Oh, and we were in Hawaii and there were no stores, but you have to make sure you’re covered. Just God forbid it makes it into the frame. I mean if you have to Magic Marker ’em, do it! I remember at one point using bright pink gaffer tape across my chest just because I’m like, ‘You’re not getting it! Nobody’s getting it, guys. We don’t have pasties? I’m going to use gaffer’s tape!’ It’s not really lingerie, but…” — Kristen Bell

“The first time I was given lingerie was by my then-boyfriend, who is now my husband. It was a long aqua silk gown from Victoria’s Secret, and I remember thinking, Now I am officially a woman. I still have the gown.” — Debra Messing

“I seem to continue having these strapless bras that always end up around my waist. There’s nothing like standing on the red carpet as you feel your bra slipping down to your waist. You try to find a bush to hide behind to pull it back up. A really scary personal moment is wearing Fashion [nipple] Petals by Fashion Forms, going home exhausted at night, forgetting to take them off before going to bed and taking a shower in the morning with them still on. It’s enough to scare you to death.” — Melissa Rivers

“I did a shoot in a lot of Dita Von Teese’s lingerie that came out for Wonderbra, and that was probably the best fit ever. I kind of have that same hourglass [figure]. Obviously I’m not as gorgeous as the walking, living Dita, [but it was a] perfect [fit]. It’s one of those things that I didn’t have to buy vintage lingerie that was, like, worn by, you know, three other women before me.” — Katy Perry

“Hmm…well there’s a lot. Agent Provocateur, Frederick’s — I did it all. I have so many stockings I don’t even know what to do. My cat has a field day with them.” — Evan Rachel Wood

“When a man gives you lingerie, it means something, because it means they went to the trouble of embarrassing themselves to walk into a lingerie store. It means they care.” — Nancy Davis (philanthropist, socialite, jewelry designer)

“I got a full-length La Perla gown once in a gift suite. I was so happy I didn’t have to spend $1,000 on it. I haven’t worn it yet. I am waiting for that special someone, my Happily Ever After Guy.” — Taraji P. Henson

“I was wearing Spanx once, to an awards show, underneath a dress with a really tight pencil skirt. I had to go to the bathroom, but the dress was so tight I couldn’t get my Spanx off. My publicist had to come with me to the bathroom and  help me out of my dress.” — Maria Bello

“I walked two New York City blocks with the back of one side of my dress stuck in my sheer tights before a nice woman told me. My whole left cheek was exposed. I was horrified!” — Sanaa Lathan

“At Madonna’s ‘Sex’ book party, I had my outfit — an S&M-looking, custommade one-piece leather corset. But my designer didn’t make a snap crotch, so I couldn’t pee all night because the leather was too hard to pull to the side. I never used it again after that night, much to my hubby’s disappointment.” — Debi Mazar