Industry executives will get a preview of Eurovet's trend report May 16 at a fall-winter trends seminar. 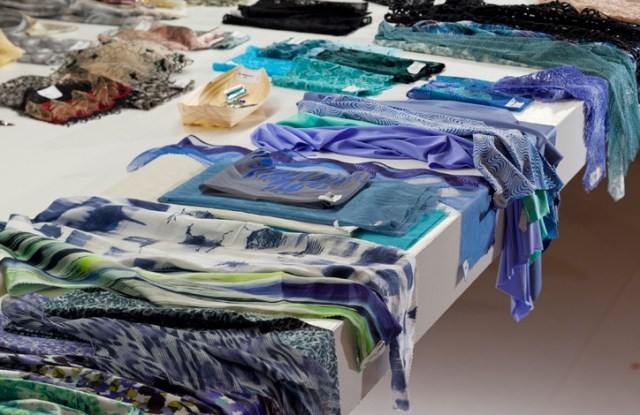 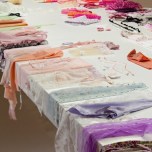 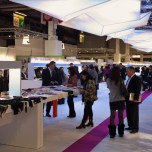 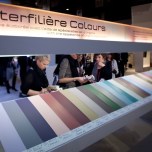 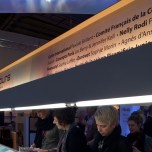 EUROVET’S TREND REPORT: Industry executives will get a preview May 16 at a fall-winter trends seminar of the upcoming July edition of the Mode City lingerie, swimwear and Interfilière textiles fair. The event, presented by Eurovet’s marketing visitor director Sandrine Dervin, will be staged in the business lounge at 7 West 34th Street. The Interfilière segment will focus on fall-winter 2013, while the intimates and swimwear presentations will examine trends for summer 2012.

A main topic will be the Eden Forum of intimates and swimwear to be staged at the July show in Paris, which will be created by trend forecasting firm Trend Union.

Four key themes will be:

• Crystals: Romance and the energy of gems and stones.

“For summer 2012, Trend Union is offering a voyage for the senses to the very heart on the earth’s natural treasures.…A colorful range is brought to life by colored neutrals and discreetly vibrant shades,” said Dervin. “Natural fabrics are treated to add texture and obtain a softer, washed finish. Innovation focuses on ecological and eco-responsible processes.…Shapes are simplified and versatile.…Negligees can be worn as evening dresses and bikinis double as lingerie. Loungewear is a key priority, while aesthetics and seduction remain firm on the agenda.”

Dervin will also present the results of a qualitative study of 30 European women conducted by Martine Leherpeur Conseil, which will look at swimwear preferences and buying patterns in three cities — Paris, Milan and Berlin. Presented as an imaginary journey, Mode City will highlight topics such as different lifestyles, fashion and its influence on swimwear, and favorite travel destinations where swimwear is worn.

Zuber, a 17-year veteran of the fashion apparel and retail industries, has served in a variety of executive posts ranging from merchandising, marketing, design and research and development. She has launched key concepts with major brands in both Europe and the U.S. at retailers and wholesalers including Victoria’s Secret, Marks & Spencer, Tommy Hilfiger, Under Armour and Maidenform.

Trimera’s intimates unit is positioned to leverage the collective expertise at the company and strengthen and grow company-owned brands, as well as private labels and licensing agreements across the innerwear and shapewear markets, said Elituv. Montreal-based Trimera specializes in wholesale, retail and manufacturing. Proprietary brands include the Body Wrap shapewear label, as well as the Gottex and Christina America swimwear businesses. Partners include Nike, Sean John, Liz Claiborne, House of Deréon, Zara, Bershka, Pull & Bear, Disney and NHL, and is the largest distributor of the Liz Claiborne brand throughout Canada. The company also operates the Zara, Massimo, Dutti and Bershka retail franchises in Israel.

“Because of the viral nature of Facebook, the conversations we had on our Facebook wall were viewed over 40,000 times,” said Dan Sakrowitz, vice president of marketing at barenecessities.com. “Women seemed most interested in bra-fit questions and what to wear underneath-type questions, especially in anticipation of upcoming weddings this summer. This was our first-ever Q&A session.” Two more Q&As are scheduled for May 20 and May 27, and will focus on weddings.

Sakrowitz further noted the company’s e-commerce site added more than 300,000 new customers in 2010. “We are on pace to exceed that figure this year. We reached our two millionth customer last week,” said Sakrowitz.