More than 200 industry executives attended a media party Thursday hosted by Maidenform Inc. to celebrate the retail launch of the Total Solution bra at The Box. 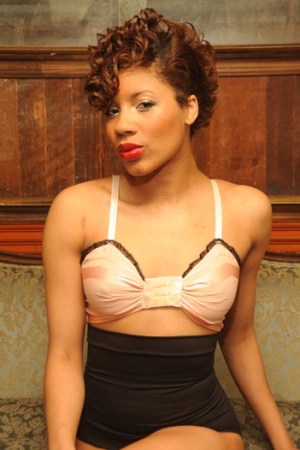 More than 200 industry executives attended a media party Thursday hosted by Maidenform Inc. to celebrate the retail launch of the Total Solution bra at The Box, a burlesque club in lower Manhattan.

Exotic dancers wearing original vintage bras performed a retrospective time line of bra themes titled “The Story of the Bra,” beginning with Maidenform’s uplift bra in 1935 to present day with its modern Total Solution number. The new bra style incorporates patent pending technology called Smartzone Cup Technology, a three-tiered application that lifts the bosom on each side, lifts breasts at the center of the bra cup and contours cleavage.

Distribution is aimed at 4,000 doors of major stores in the U.S., including Macy’s, Kohl’s, Belk’s and Boscov’s, and will be expanded to the U.K., the Benelux countries, Canada and Asia in the second quarter. The bras will retail for $34.