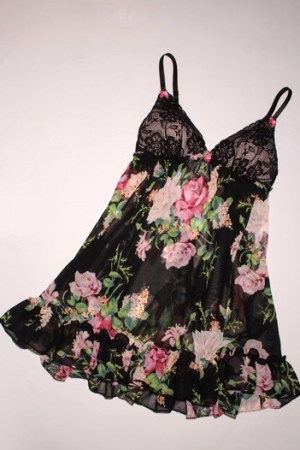 NEW YORK — Although customers appear to be slowly returning, intimates vendors and retailers are under intensifying pressure to keep tight control of spending as costs for raw materials, labor and shipping escalate.

Industry executives attending the CurveNY trade show and spring market week here said despite the relative resilience of the category, they are taking a conservative approach to inventory for fall and holiday because of anxiety about a double-dip recession, chronic high unemployment and weakened consumer confidence.

Predictions of slower growth in the second half of the year — buttressed by soft same-store sales in June and July and sluggish job creation — have generated wariness mixed with the understanding that innerwear historically has been among the strongest categories during a tough economy because of its sex appeal and low cost structure. A woman can spend $10 for a dual-purpose cami or a playful thong and feel she has indulged in something fun and functional without breaking the bank.

A key element in overcoming the economic challenges is offering product that conveys its intrinsic value to customers, said Rob Gardner, vice president and general manager of the Donna Karan Intimates and DKNY Underwear at Maidenform.

“The consumer is back in the store, but she’s more discriminating than ever,” he said. “She’s not going to spend as freely and she’s going to really weigh her purchase. Brands and stores that have a high price-value relationship are going to be successful.”

Acknowledging that “it’s not high times by any means,” Greg Gimble, vice president of bra and shapewear producer Va Bien International, predicted “flat-line to very modest growth for fall and holiday because 70 percent of the American economy is based on consumer spending and there’s still a fair amount of debt out there.”

Josie Natori, chief executive officer of the Natori Co., was among the vendors with a more positive outlook.

“Sales at stores this spring were in the high double-digits…in some cases 42 percent,” she said. “I believe it’s because people have started buying again. Everybody’s inventories are more in line. Everybody has been so diligent in having key items and the right inventories. Stores bought fall merchandise in February and April…strong orders. But I think the media is telling people not to be overconfident right now, and it’s making people overly cautious.”

Rising costs, however, are a major concern in the market. Vendors said they have been absorbing them, for the most part, because retailers are coping with margins constrained by aggressive promotions. But executives speculated they will be forced to raise wholesale prices unless the situation improves in the next several months.

The cost-saving initiatives undertaken by innerwear companies include:

• Committing orders six to 10 months in advance at a fixed price for unfinished greige goods.

• Package deals with major contractors that can command lower prices for fabrics, trims and laces.

• Designing with more embellishments such as pleats and ruffles that give a garment the look of added value while using less of an expensive fabric.

The combined price increase for raw materials and labor has jumped “53 percent against a year ago,” said Mark Ryan, senior vice president of sales and marketing at Movie Star Inc., which makes daywear and sleepwear. “Everything has gotten tighter and more expensive over the past three to four months. We are cutting costs any way we can, even layoffs. If prices keep going up, at some point it will be passed on. Eventually, retailers will have to pass the increase on to the consumer, but not yet.”

The higher cost “of raw materials has certainly impacted us to an extent, because we do a big rayon business,” Ryan said. “Now, 80 percent of our business is packages where we tell people, here’s the product, now you buy the lace and everything else. They [major contractors] can buy everything at sharper prices and it’s allowed us to make substantial savings.”

The price of silk has shot up 30 to 50 percent against a year ago, vendors said. The cost of cotton futures jumped 95 percent in the last year to 75.95 cents a pound (current price), according to WWD’s Fiber Price List. Rayon prices are up 15 to 20 percent because of higher petroleum costs. Compounding the problem is the fast-rising price for sourcing and producing in China, where the labor force is in transition. Workers are demanding better pay and there is a shortage of skilled factory workers because of laborers’ desire to move into higher salaried white-collar jobs.

“We are experiencing freight, material, and labor cost pressures from some of our manufacturing partners, particularly in China,” said Chris Vieth, executive vice president and chief financial officer of Maidenform Inc.

The company’s “outsourced manufacturing model” has enabled it to limit the impact “through product reengineering, finding lower-cost sourcing alternatives and selective price increases,” he said.

Vendors said several long-established factories in southern China have been forced to close. Companies are exploring alternative contracting in the northern part of the country, but the changeover could delay shipments. As a result, innerwear companies and retailers as well as Chinese factories have begun building operations and partnerships in Bangladesh, India and Vietnam.

“There is definitely a shortage of workers in China, and factories don’t have any space because they are overinventoried,” said Veronique Bonnet, director of Eurovet Asia Ltd., a unit of the Eurovet trade show organizer. “People are looking at where they can move…India, Bangladesh…the biggest companies have already made the steps.”

Speaking at the CurveNY trade show at the Jacob K. Javits Convention center, designer Samantha Chang, who creates her namesake lingerie and sleepwear label for Viceroy Collections, said, “A 30 percent price increase for silk hit us two years ago. It’s now a matter of being smarter when you design…you put in more details like ruffles and trims to compensate for less fabric…but I’ve stuck to my guns on laces, all of which are from France, Germany or Italy, and the change with the euro has affected my costs in a positive way with the stronger dollar. Cotton mills are also trying to work with us and meet us in the middle regarding price.”

Executives at major stores declined to comment on the business outlook, but specialty stores said consumers were beginning to buy fashion items after a year-and-a-half hiatus.

“Customers are definitely buying fashion again,” said Liliana Mann, owner of Linea Intima, a five-door chain in Ontario, Canada. “They’re tired of stocking up on basics. Customers are more careful because that’s what they’re told by the media. The customer is definitely buying if you have a great assortment and always have newness on the selling floor.”

The mind-set that existed before the recession has unalterably shifted, said Marilynn Lipton, president of Soleil Etoile, a two-door chain in Westport and Stamford, Conn. “But we are seeing a different tone and the customer is buying again,” she added. “She’s sprinkling in indulgences with color and more daring and fashion-forward styles. This end of the industry is a very doable luxury.”

Susie Rosen, owner of Azure Butterfly, a lingerie boutique slated to open this fall in Broad Ripple, Ind., a district of Indianapolis, said she hopes a street location as well as fashion items will make her shop competitive with Victoria’s Secret and department stores.

“Bustiers will open under $100 because most bustiers at Victoria’s Secret are priced at $88,” Rosen said. “Most Victoria’s Secret stores are in malls, so I think my street location is perfect opposite a coffee shop frequented by college students and a block away from a bridal shop that doesn’t carry lingerie. I’m planning to order fashion items from Blush, Claire Pettibone, Brulée and Pretty Polly stockings, items the department stores don’t carry.”