It’s All About the Legs

Legwear is top priority for celebs to look sexy while performing on “Dancing With the Stars." 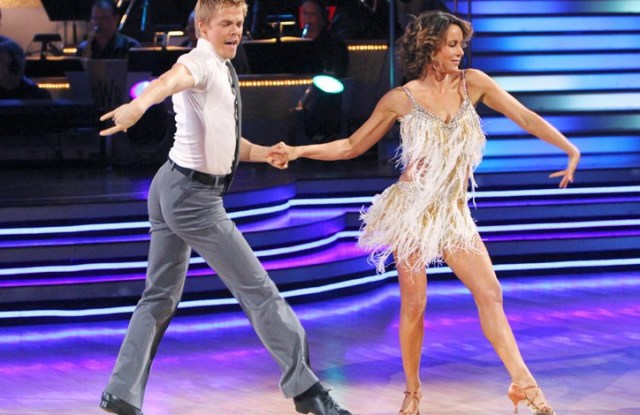 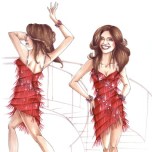 A self-confessed “leg man,” the costume designer of “Dancing With the Stars,” Randall Christensen, says legwear is a number-one priority for celebs to look sexy while performing on the hit TV show.

“We use a lot of dancing tights and sexy fishnet tights — Capezio, those are always terrific and Bristol Palin, Brandy, Mel B [Scary Spice], Erin Andrews and Niecy Nash just love them. But then a lot of celebs including Jennifer Grey, Brandy, Audrina Patridge, Nicole Scherzinger and Pamela Anderson like to dance bare legged,” explained Christensen. “Our makeup lady, Melanie Mills, has developed an exclusive formula of bronze creams that give a wonderful shimmer highlight to the legs.…The lights bounce right off the legs. We also add a gold dusting to the legs just before a performance when the celebs are waiting in what we call the ‘celebquarium’ right before they go on.”

Christensen appeared on the “Rachael Ray” show Thursday where Ray wore a red “Dancing With the Stars”-inspired dress as she danced a salsa with Tony Dovolani, a dance regular who coached Jennifer Lopez on ballroom dancing.

“It was an asymmetrical dress with spirals of Swarovski crystals that elongated her legs. But she’s modest and wasn’t comfortable with the slit on the front left side, so I sealed it with clear eyelash glue. She also loved that she had a bigger bust for a moment in the dress…I just went one size up from a B to a C cup,” said Christensen, an Emmy-award winner and four-time nominee for this year’s Costume Designers Guild Awards, which will take place Feb. 22.