Health and safety standards and workers’ rights are costly, but Italian makers say they’re worth it. 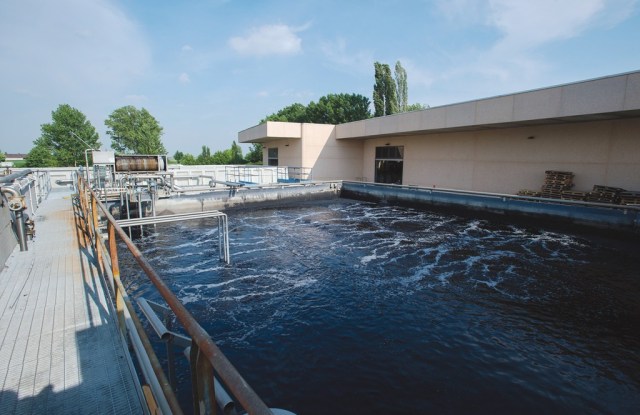 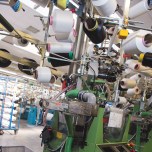 CASTEL GOFFREDO, Italy — Since April 24, when the Rana Plaza building collapsed in Bangladesh, killing more than a thousand employees, the fashion industry has been forced to confront poor conditions found in many garment and textile factories worldwide.

It’s a topic that hosiery and intimates workers in this district of northern Italy — a stone’s throw from Lake Garda, surrounded by grape vines and herds of sheep — take very seriously. For years, as Italy has watched many of its storied factories close, the local industries have been campaigning to prove that there are distinct advantages to producing here.

Castel Goffredo has been a textile hub since the Middle Ages: Isabella d’Este, Marquess of Mantua and a Renaissance fashion legend, spent much of her life in this region. In the 20th century and especially after World War II, hosiery and intimates became the local specialty, and a visit to the factories revealed that many are still family-run.

Maurizio Castrini, owner of Calzificio Lemar and son of its founder, counts most of his family on the staff. Now 53, he said he began working at the factory at age 15, before spending several years at a textile machine plant. His company currently employs 25 people.

“In the end, we all know each other,” Castrini said of Castel Goffredo’s hosiery workers.

At Calzificio Lemar and Kleo — joint production factories, one specialized in hosiery and the other in seamless undergarments — long rows of machines whirred, connected to spools of thread and needles that were stitching socks, undershirts and boxer shorts. Employee Michael Pistoni was entering weaving instructions into a software system that regulates the needles’ positions.

“I didn’t study textiles, but I studied mechanics,” he explained. The room Pistoni and his colleagues worked in was temperature controlled and they were required to wear earplugs.

“Without sounding presumptuous, I can say that over so many years we have more experience [than competing countries],” Castrini said. “Unfortunately, what hurts us a lot is the gap in labor costs compared to other countries — that and energy costs.”

He said the average base net monthly salary for a worker at his factory ranged from 1,200 to 1,500 euros, or about $1,575 to $1,969 at current exchange. “The problem is that for [the company] it costs double that,” Castrini said, referring to taxation, which in Italy covers the national health plan, pensions and other benefits.

According to an estimate from A.Di.Ci, the local association of hosiery and intimates companies, a textile worker in Italy is guaranteed about 20 days paid vacation each year, plus 56 hours of paid personal leave and six national holidays. Women are also given about a year’s mandatory paid maternity leave.

“Our companies have the machinery to be competitive, the problem is the costs and taxes are too high,” agreed Andrea Dara, owner of hosiery producer Manifattura Mara. “I’m not arguing that we should remove regulations that protect workers. But if we have to sell the same products they’re making in China to the big distributors, then they, too, need to follow the rules. Europe needs to assert itself, and big distributors need to demand certain standards.”

He also said his company had reduced the workforce from 16 to nine recently, and his staff works seven-and-a-half hours a day, with a half-hour break midshift. Workers rotate when they need to use the bathroom or want to take a break, so there is always someone on the floor and the machines are not turned off during the workday.

Alfredo Posenato, Castel Goffredo’s newly elected mayor, said that, generations ago, Italy and other Western countries did not guarantee their workers the salaries and safety conditions that now are stringently enforced by the European Union, and national and regional authorities.

“The rules of physics and economics are very similar. If you spill a liquid, the liquid moves where it finds the least resistance,” said Posenato. “This doesn’t mean that one shouldn’t go to Bangladesh. This means that it’s right to go everywhere in the world, but using shared regulations, a minimum set of rules.”

To promote Castel Goffredo’s industry, he said he is working with local authorities to crack down on the illegal businesses that have sprouted up in the area — many Chinese-run, like the textile factories in Prato, Tuscany, that have been the subject of heated debate.

“The majority of these firms are illicit, because they don’t pay taxes, or they don’t pay sales tax, or because they hire illegal immigrants, or because maybe out of 30 workers, only two are legal,” Posenato said. “Illegal activity is not always easy to spot. But we need to use the available instruments — for example, we can go to electricity providers and cross-reference energy consumption rates with registered users. That’s something that’s never been done here.”

Relative to other local businesses, Calze Ileana, founded in 1982 by Ileana Pinelli, is a new operation. With about 25 employees — including Pinelli’s children, Luca Bondioli and Alda Bondioli — the firm specializes in trend research and design, and while product finishing and ironing are done in-house, other production stages are completed by neighboring factories. Ileana has created hosiery for some of the most prominent high fashion brands.

An ironing employee at Ileana could expect to earn about 27,000 euros (gross) a year ($35,440), which amounts to about 1,000 euros (net) a month ($1,312), paid for 13 months because of a December bonus. Increases are slated for additional years of experience, said Luca Bondioli, who is also president of A.Di.Ci.

“There’s a history here,” said Bondioli, who noted that the district’s 400-plus firms are interconnected and have harmonized safety and environmental practices.

“EU regulations are very present and pressing,” he added, citing visits Ileana had received from the regional health association and from representatives from the province, city, Customs bureau and land registry, and from auditors hired by major international distributors.

“We have to have internal and external inspectors who provide us with a series of guarantees. We have a company doctor who checks that everything is OK. For example, twice a year, there are visits to see if the workload has increased,” said Bondioli, adding employees are required to take stress management courses.

In spring 2012, a series of earthquakes called attention to the need for strong anchoring at factories.

“We closed down production here for 15 days and had all our anchoring checked. So I repeat: When a regulation is imposed on the territory, we act immediately,” said Bondioli. “It’s not the philosophy of saying this is the law — at this point companies think this way. It’s a mentality that was built over time. It takes years.”

“Even the people who iron our product need to have a certain mind-set and cannot be automatons — they have to be our primary inspectors,” he explained.

Of Tintoria Manifattura Barbara’s 75 employees, 80 percent are women, according to Renato Moreni, founder and owner of the dye works plant. Asked what kind of safety risks dye workers face, Moreni said in his 50 years on the job, he recalled a few minor burns from hot water or vapor, but no serious accidents.

“We have the equipment to weigh the dyes — each dye is weighed with a machine. Workers are no longer in direct contact with the dyes,” interjected his son Gianluca Moreni, who also works at the plant. “So there’s no contamination of the skin and [little] risk of developing health problems over time.”

The plant’s director, Guido Morelli, a 27-year veteran of the firm, said there was “very little employee turnover — usually those who join the company, stay for many years.” The day starts at 8 a.m. with a break at noon, he said, and then the second shift goes from 1:30 to 5:30 p.m.

A worker who gave her name as Pamela confirmed that she works eight hours a day, saying, “With this [economic] crisis, those eight hours are more than welcome.”

Her colleague Claudia Cestari said she had been at the plant for nearly 20 years and felt comfortable and safe at work: “There are Macedonians, Indians, Italians — we all know each other.”

Francesco Mori, who joined the plant 19 years ago, said he was responsible for testing dye colors on a small scale, to make sure colors on swatches matched client requests and to minimize color variation perceived in varying natural lights. “Once I’ve decided on the right percentage of color, I pass the information on to production,” he said.

Workers also test dyes for bleeding and ensure that if children were to put the fabric into their mouths, they would not ingest harmful substances.

Tintoria Manifattura Barbara monitors the water in its purification plant every day, said Gianluca Moreni. Behind the plant, four Arabian horses, a cluster of chickens and two rabbits could be seen sunbathing.

It’s impossible for distributors and retailers not to know conditions at factories, Bondioli said.

“From me, [companies] demand this type of product at a lower price. This markup is being discussed, we’re not talking about dollars, we’re talking about cents,” he insisted. “Do these [extra] cents justify the investments we make and how we treat our workers? I absolutely think so.”