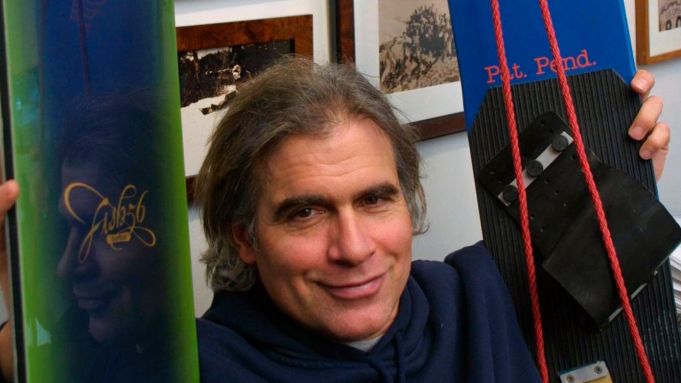 Jake Burton Carpenter, the charismatic founder of Burton Snowboards, has died after complications from a second bout of cancer that he revealed to employees earlier this month.

A company spokesperson said Carpenter, 65, passed away on Nov. 20.

In an e-mail to employees on Thursday, John Lacy, Burton’s co-chief executive officer, wrote: “It is with a very heavy heart that I share the news that Jake passed away peacefully last night surrounded by his family and loved ones as a result of complications from recurring cancer. He was our founder, the soul of snowboarding, the one who gave us the sport we all love so much.

“This all happened very sudden, and it’s a tremendous loss for his family, his friends and all of you. We will share more details about plans to celebrate Jake’s life soon. Today, please take the time and space you need to process this very sad news. If you need to go home and be with loved ones or prefer to stay today, please do what is best for you. At noon today, we will be holding a gathering in the lobby/store for those who benefit from grieving with others; it will be a time to share stories, and celebrate an incredibly full life.

The spokesperson said no details on a memorial are available at this time.

On Nov. 9. Carpenter revealed he was battling cancer again and assured employees that the company will carry on.

Carpenter wrote, “You will not believe this, but my cancer has come back. It’s the same tumor as the first time around. We just never got rid of it all. A bit of it hung out in my lymph nodes and got back into business. The odds are in my favor, but it is going to be a struggle for sure.”

Carpenter continued, “As much as I dread what is facing me, it’s easier to deal with when you know that you have a family that will carry on. I feel the same way about my company, my friends and our sport. I will be back, but regardless, everything is in good hands, which is an amazing feeling when entering this zone of uncertainty.” He signed the e-mail simply “Jake.”

Carpenter had faced several serious medical battles in the past, including a testicular cancer diagnosis in 2011. Four years later he was immobilized by Miller Fisher syndrome, a rare form of Guillain-Barré syndrome. During that near-fatal bout, he spent seven weeks in a hospital bed paralyzed except for his hands, reliant on a respirator and breathing tube to stay alive. After being released from the hospital, Carpenter had to spend six weeks at a rehabilitation center learning how to talk and walk again. He then spent another six months at home to get his life back on track. At other points in his life, Carpenter has overcome open-heart surgery and a knee replacement.

After finessing his first snowboard in his Vermont barn in 1977, he started his signature company, which has grown into a $150 million brand. He was credited with championing the sport of snowboarding and helping it to become an Olympic sport beginning at the 1998 Nagano Winter Games.

Most recently, Carpenter had been focused on creating Mine77, a limited-edition collection of apparel and gear that features innovative fabrics and cutting-edge technology. In an interview with WWD last year, he admitted that he was looking for a get-rich-quick scheme and a way to attract women when he started his company. It all worked out: Carpenter’s wife, Donna, has worked at the company for most of his career.

Carpenter is survived by his wife as well as his sons Timi, George and Taylor.