The cocktail and dinner gala pulled in 286 executives of the innerwear and retail industries. 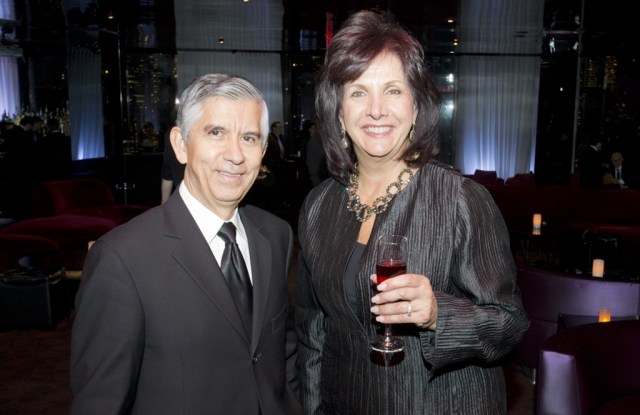 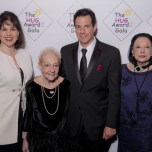 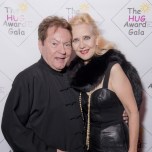 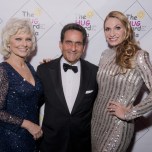 The Jazz Era recently took over the H.U.G., or Help Us Give, Awards, the annual fund-raiser hosted by the Intimate Apparel Square Club.

The cocktail and dinner gala, which took place at the 230 Fifth  Avenue penthouse in Manhattan, pulled in 286 executives of the innerwear and retail industries. An annual tradition, the event featured both silent and live auctions to benefit pediatric services at Rusk and Tisch Hospital, part of the Hassenfeld Pediatric Center at NYU Langone Medical Center.

Guests wore retro fashion to reflect the event’s “Le Jazz Hot” theme, which was rendered especially authentic by the presence of emcee Jean-Claude Baker, adopted son of the late Josephine Baker and founder of Chez Josephine, a French bistro.

“Spirits were high this year,” said IASC president Michael De Prisco. “At a time that when fund-raising is challenged by economic conditions, we consider ourselves fortunate that we have the support of the intimate apparel industry, which came out to help our kids at NYU Langone Medical Center once again. It was a night to remember.”

The ceremony was highlighted by heartfelt comments, from both presenters and honorees, about the pediatric rehabilitation team’s work at Rusk Institute and Tisch Hospital. Steven Flanagan of NYU Langone Medical Center, provided the audience a detailed overview of the hospital’s rehabilitation programs for children and thanked the IASC and its industry supporters for their continued help.

To date, the event has raised more than $5 million for programs at Rusk and Tisch.