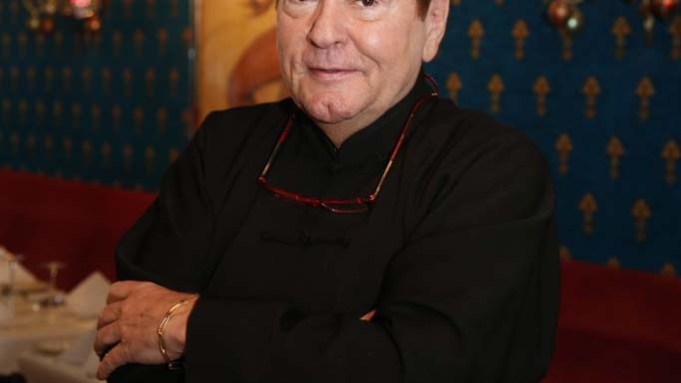 That’s the question asked by Millennials who haven’t a clue who the late Josephine Baker was as they enter Chez Josephine, a French bistro in Manhattan, said Jean-Claude Baker.

Baker is the adopted son of the Queen of Le Jazz Hot era in Paris, who became an overnight sensation in the City of Light in the Twenties when she shocked theatergoers by dancing naked at Le Theatre du Champs-Élysées.

He first met the American-born diva while running an errand for her as a bell hop at Hotel Scribe in Paris — and as fate would have it became part of the entertainer’s family of 12 adopted children, famously coined the Rainbow Tribe.

Baker said it is his “love of family and children” that pro mpted him to host this year’s jazz-themed H.U.G Awards [an acronym for Help Us Give], an annual fund-raising event for the Rusk Institute and pediatric services at NYU Langone Medical Center. Staged by the Intimate Apparel Square Club, the cocktail and dinner is scheduled Nov. 4 at the 230 Fifth Avenue Penthouse in New York. This year’s honorees are  Heather Thomson, founder and chief creative officer of Yummie by Heather Thomson, René Rofé, founder, president and chief executive officer of International Intimates Inc., and Dorothy Galligan, a well-known intimate apparel fit model.

No stranger to the limelight, Baker — a former performer and owner of a nightclub in West Berlin in the Sixties whose clientele included Alice Cooper, Rudolf Nureyev, and Jesse Norman — opened his Manhattan restaurant in 1986 and gave two well-known performers their start: Harry Connick Jr. at the piano bar, and Michael Imperioli, who waited on tables before starring in “The Sopranos.”

Here, some of his remembrances of his late adoptive mother, who will be portrayed by Rihanna in a motion picture, according to reports.

WWD: How did you meet Josephine Baker?
Jean-Claude Baker: My [biological] mother had been a nun and my father abandoned us when I was seven years old. When I first met Josephine in Paris, I told her my story and she said, “You have no father. Do you love your mother my little one? Because from this day on you will have two mothers.” I became the spokesperson for my brothers and sisters of the Rainbow Tribe, the master of ceremonies of the show, her son, and whatever else was needed.

WWD: Was her nude dancing debut considered shocking in the Twenties?
J.C.B.: Josephine told me that people left the theater screaming, saying it would be the downfall of civilization…But Jean Cocteau and Gertrude Stein were in the audience, and they crowned Josephine the first black sex symbol of the 20th century. In 1926, six months later, she danced naked at the Folies Bergères only wearing a belt of bananas, which scandalized everyone for a second time. Five years later, she performed at the Casino de Paris, walking down steps with a cheetah on a Cartier leash. The critics later wrote they regretted the “loss of their little savage who had become a lovely French lady.”

WWD: Was fashion important to her?
J.C.B.: The American fashion designers loved her, and they would bring her what she loved — fabulous gowns and negligees in pink, black, white and her favorite color, blue. But she liked to shop for sleepwear at Woolworth’s and many of those beautiful things would stay unworn in her closet.