The celebrity-design collaboration — Jockey's first — is an attempt to reach Gen Z shoppers.

Victoria Arlen is on the lookout for doughnuts — healthy doughnuts. The gluten- and dairy-free kind.

The former Paralympic swimmer, ESPN host and former contestant on “Dancing With the Stars” described a recent trip to a Los Angeles Fonuts as “life-changing.” 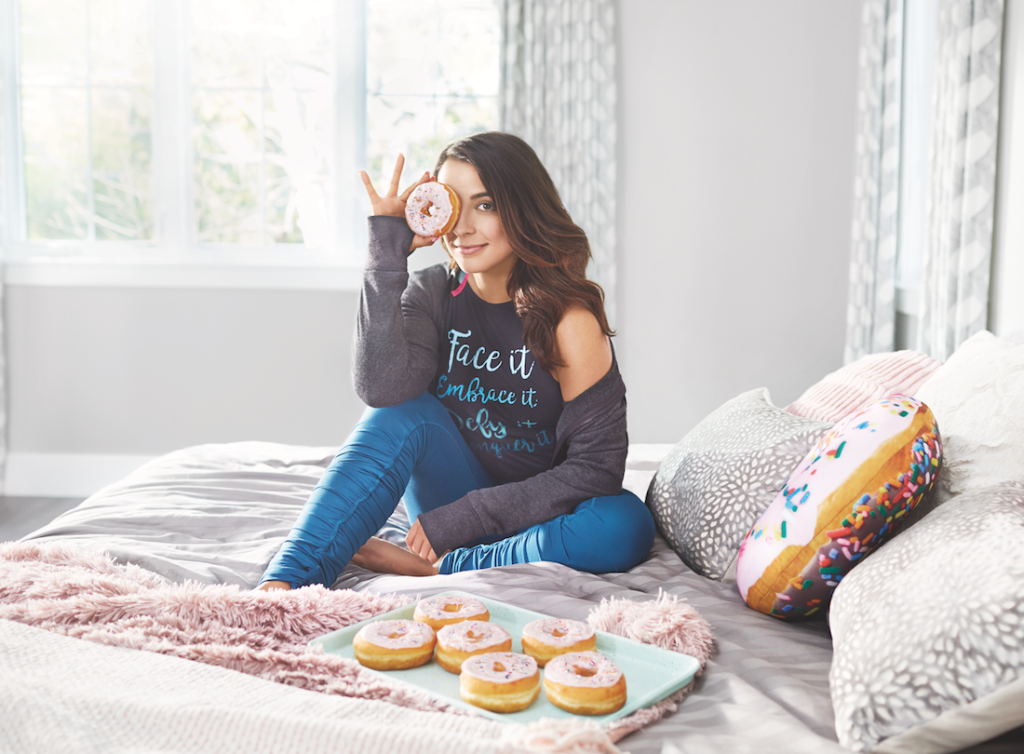 That’s when she decided to create a T-shirt with doughnuts on it — so she could have them every day.

“You can’t possibly look at a doughnut and not smile,” said Arlen, who approached Jockey International with the idea of making a shirt about a year ago. (She’s been a brand ambassador for Jockey since 2018.)

To her surprise, Jockey said it didn’t want to make just a T-shirt, but rather an entire collection of ath-leisure apparel that Arlen would help codesign.

“I nearly fell off my chair,” Arlen said. “Now I get to add the title of clothing designer, which has been an absolute dream come true.”

Jockey has been teasing a few pieces online for the last few weeks, but starting Monday, all 12 pieces of the limited-edition collection will be available at jockey.com and in select Jockey stores nationwide. Tank tops, T-shirts, leggings, hoodies and socks sprinkled with splashes of neon comprise the collection. There will also be T-shirts with some of Arlen’s favorite inspirational quotes, such as “Face it, embrace it, defy and conquer it,” and “Go the extra mile.” The collection retails between $10 and $45.

Jockey International, a privately held apparel and intimates manufacturer and retailer, which was founded in 1876, appeals to all age groups, but especially consumers in their early 50s, according to Laetitia Lecigne, creative director at Jockey.

The Jockey x Victoria Arlen collection marks the company’s first design collaboration with a celebrity — and an attempt to reach a younger set of consumers.

In fact, the company has employed a number of tactics to attract younger consumers to the brand. Earlier this month, Jockey opened an “Instagrammable” pop-up shop in Garden City, N.Y. The pop-up has a different aesthetic and vibe than permanent Jockey locations, with things like metal fixtures in stores, exposed brick and television sets displaying various collections, according to Matthew Waller, director of advertising and corporate communications. “It provides a unique shopping experience for the consumer, preferably a younger consumer,” Waller said. The pop-up will also carry the Jockey x Victoria Arlen collection.

Jockey also partnered with Target to create Jockey Generation, a line of men’s, women’s and children’s intimate apparel in July. That collection, which was available exclusively at the big-box retailer, was Jockey’s effort to create brand loyalty among Millennial consumers. Now the company has its sights set on an even younger group: Gen Z.

“Victoria represents a bit of that demographic,” Lecigne said.

Tapping into younger shoppers is a way for companies and brands to create lifelong brand loyalty. Displaying influencers and celebrity figures using the products is another.

And Arlen’s impressive story has helped her add the title of role model to her CV.

At age 11, she developed a rare neurological disorder paired with an autoimmune disease that left her in a vegetative state, unable to walk or talk. It was during her recovery that Arlen, now 24, had “literally hot pink everything,” like her wheelchair and crutches and leg braces. She is now able to walk, but still has no feeling in her legs.

“I love bright colors,” she said. “I’m all about neon. It sparks something inside of you. If you’re having a bad day, you throw something bright on and on a subconscious level it will cheer you up.” 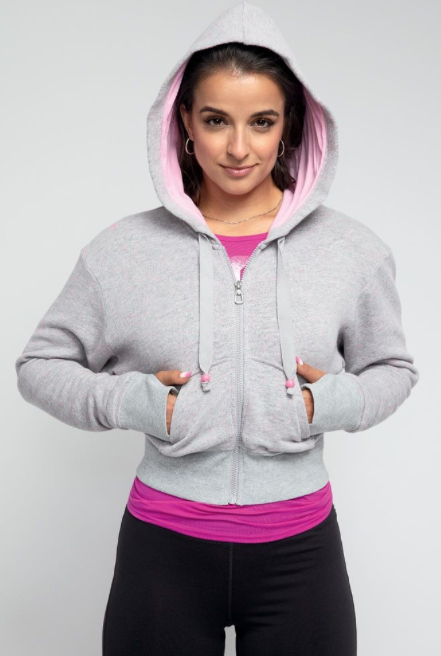 But incorporating color is another way for retail companies and brands to cash in on younger consumers who value individuality over conformity.

Moreover, not blending into the crowd and making a fashion statement are some of the most important factors for Gen Z shoppers when deciding whether to make a purchase.

Arlen said the collection is definitely distinct, but it’s also comfy and made for movement.

“I’m very much on the go,” said Arlen, who’s based in L.A. “I always joke that my second home is an airplane, which is pretty accurate at this point. This line is built for that.”