Juja Active, Carbon38 and Bandier are embracing the ath-leisure boom, opening stores and sites dedicated exclusively to the category. 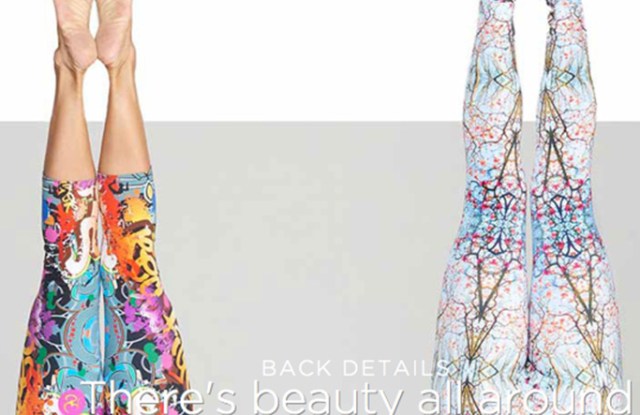 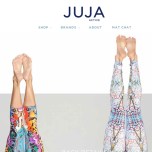 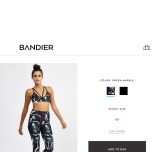 Start-up Juja Active is joining in the activewear boom, launching an e-commerce flagship at Jujaactive.com today and squaring off with like-minded, multibrand merchants Carbon38 and Bandier.

“It’s a wide-open market with a huge amount of white space to fill,” said Jen Russo, founder and chief executive officer of Juja Active, which opened its first store in Southampton, N.Y. in May.

Russo said the New York City-based company predominantly carries lesser-known brands, including Noli Yoga, Uintah Collection and Track & Bliss. You won’t find Nike or Adidas among the 20 to 25 brands carried at Juja Active, or some of the pricier brands such as Ultracor, which has  printed leggings that can run upward of $200.

Items top out at about $150 for a jumpsuit or Letarte printed tights, but the majority of tanks, T-shirts, shorts, leggings and sports bras sell for under $100. Juja’s prices are similar to Lululemon’s.

“[There are] a lot of wonderful little brands, but they really weren’t reaching the mainstream consumer outside the studio environment,” Russo said. A devoted yogi, she discovered many of the brands she carries by traveling to yoga studios throughout the country.

She declined to reveal sales projections for the first year in business. A pop-up in New Canaan, Conn., will open early next month and Russo said she’s in discussions about a potential pop-up in New York City, too. Next year Juja Active will open additional permanent locations.

Juja is just the latest to jump into ath-leisure. According to NPD data, sales in the category increased by 8 percent during the 12 months ending in October 2014, to $35.1 billion, comprising 17 percent of the overall apparel market.

The company faces competition from other active upstarts looking to cater to customers with looks from a range of brands. Carbon38, the two-year-old e-tailer that expressly sells activewear, was among the first in the space. Founders Katie Warner Johnson and Caroline Gogolak said Monday that they’ve raised $5 million to date and expect sales to hit $10 million this year.

And Bandier is simultaneously building its brick-and-mortar and online presence and in a year’s time went from having one temporary store to four permanent doors in major cities, as well as an immersive e-commerce site.

Bandier targets a more trend-driven consumer than Juja Active and veers into the high end of the activewear spectrum. Even though Phat Buddha and Zara Terez are strong sellers and retail in the $65 to $78 range, much of the Bandier’s product retails for well over $100. Michi’s signature mesh paneled leggings can retail for more than $200, and certain styles of U.K. based Lucas Hugh’s compression tights range from $350 to $420.

The first Bandier store, a seasonal 1,200-square-foot door in Southampton, N.Y., bowed in the summer of 2014, and a flagship in Manhattan’s Flatiron District opened almost a year ago. An e-commerce site went live in April, and next month, the company plans to open its third and fourth stores at Americana in Manhasset, N.Y., and Highland Park Village in Dallas. In January, the current flagship will move from Broadway to Fifth Avenue, increasing in size by almost 50 percent to 3,500 square feet.

In the next year, Bandier predicts sales will hit $12 million to $15 million, with bandier.com driving 20 percent of that. The retailer has worked with 10 brands on exclusive product for store and online, including Reebok, Prism Sport, Splits59 and Strut This.