The sleep and intimate apparel design, manufacturing and distribution company has moved across the Hudson and is focused on international growth with its manufacturing acquisitions. 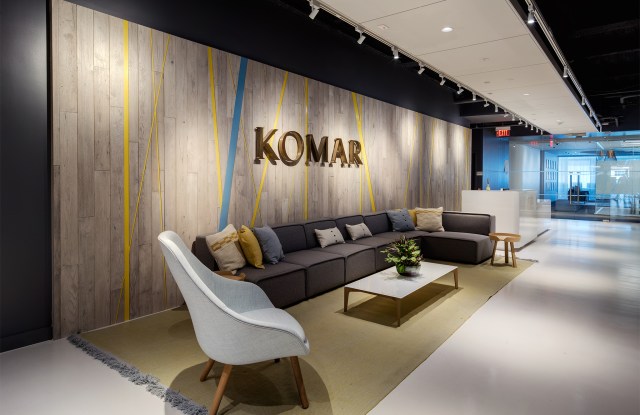 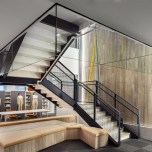 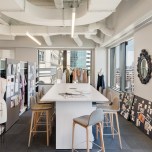 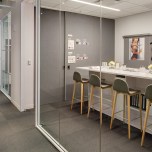 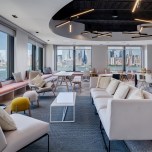 It’s a new chapter for Komar.

After spending more than 100 years being located across various locations in Manhattan, the sleep and intimate apparel design, manufacturing and distribution company has moved its headquarters to Jersey City.

“When the real estate brokers suggested the idea, we said absolutely ‘no’ because everybody comes to New York and it’s easier to get to,” said David Komar, the chief marketing office whose grandfather founded the business in 1908. “But we looked at a few buildings and we were really impressed.”

According to Komar, the move across the Hudson meant a lower rent, around a 25 percent decrease, a good number of tax credits from the state of New Jersey and a more centralized office — in New York the Komar team, which is made up of 500 employees, worked across three buildings. Komar said these savings, which have allowed them to invest in the new office, have also trickled down to their customers.

“Our customers are asking for better prices all the time and they don’t appreciate the value of a New York City office,” Komar told WWD.

The new 160,000-square-foot headquarters, which sits on the water at 90 Hudson Street, spans across three floors. Designed by Studios Architecture, Komar said in addition to bringing the staff under one roof, the goal was to create an open office space filled with natural light that promotes more collaboration across teams.

“We really are going in the direction of tech start-ups,” said Komar, who also added that they offer free breakfast each morning from the main kitchen and café area.

The office features an updated photo studio along with various sample making rooms. Each floor includes a refresh area, which houses refrigerators, water and coffee machines, along with multiple open and private work spaces for Komar’s brands. The company, which purchased Carole Hochman Design Group in 2010, holds the sleep or intimate apparel license for brands including Kate Spade, Oscar de la Renta and Lauren Ralph Lauren, and owns lines such as Cuddl Duds, Le Mystère and On Gossamer. Komar recently picked up the women’s sleepwear license for Nautica.

This area in Jersey City is popular for financial service companies. Komar’s headquarters was once home to AIG, and are located in the same building as Lord Abbett. Across the street is Goldman Sachs, which operates the ferry service that transports employees to and from lower Manhattan — a PATH train is also nearby. Just outside of the headquarters, construction has begun on what will be New Jersey’s tallest building, a 900-foot residential high rise.

Although the brand is holding August market appointments from the space, the company is in the midst of building new showrooms at 16 East 34th Street in New York, which are being designed by Spacesmith Architects and are set to be open in November for market week.

Komar is also focused on international growth. Earlier this year it acquired Star Garment Group, a manufacturing company in Sri Lanka that’s been running for 40 years and operates seven manufacturing facilities, which produce mostly sportswear. Earlier this month, it closed on the acquisition of an eighth factory, which is now a part of the Star Garment Group portfolio.

According to Charles Komar, the president and chief executive officer, there are no plans to move the production of Komar’s products to the new factories. Instead, they are converting a 90,000-square-foot factory into an Innovation Center, which is set to open in 2017, the same year the country will regain its EU duty-free import status. This center will include a resource library and sample room, along with areas for pattern making and design.

“It was a reasonable buy for us and being able to have our own innovation center offshore and to create our own product was intriguing to me,” said Charles, who added that less than 5 percent of the 110 million garments Komar produces will be made there. “We’ve grown continuously since 1980 and as the industry continues to consolidate, we are fortunate that we are on the right side of the consolidation.”