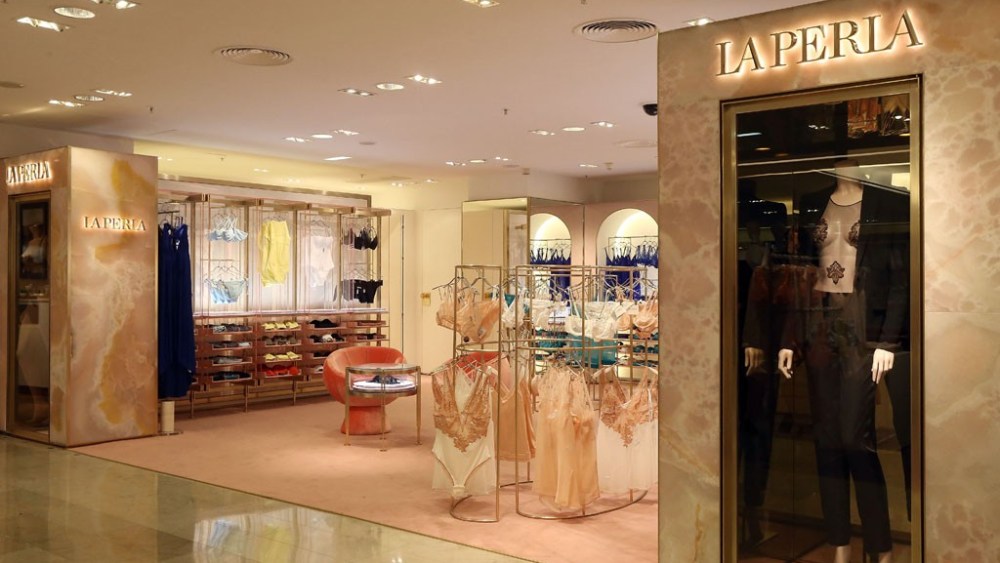 La Perla is expanding its luxury brand presence in the global market.

Since the $135 million lingerie and swimwear brand was acquired in 2013 by Pacific Global Management — which also owns the Elite World network of modeling agencies and Chinese entertainment management firm Gold Typhoon — the Bologna, Italy-based company has been on a campaign to bolster its image and brand equity on three fronts: retail, product expansion and an aggressive marketing and advertising initiative.

After years of financial uncertainty, the heritage brand will reportedly be receiving a cash infusion of $160 million over the next year and a half from Pacific, which is led by telecommunications entrepreneur Silvio Scaglia. Combined wholesale and retail sales are projected to grow to around $150 million this year, according to company officials.

The firm operates 210 monobrand stores and La Perla intimates, swimwear and men’s underwear and loungewear are also sold internationally in a network of about 1,500 specialty and department stores.

La Perla began building its new luxurious yet contemporary image this year at its flagship locations and strategic department stores, including the newly renovated shop-in-shop at Printemps in Paris, which was opened April 1. The Printemps venue is the first to be redesigned by architect Roberto Baciocchi who also designed the redos of the Prada, Miu Miu and Church’s stores. The new retail format is inspired by Italian architectural tradition with arches, an amethyst floor, onyx-color entrance and gilded metal hangers. Products are displayed in transparent, bottom-lit cases and velvet trays.

“We have plans to open more shops-in-shop and more direct La Perla stores in premium locations in Europe,” said Pellegrin, noting the newest developments include a store opening in Zurich as well as makeovers of freestanding units on Via Montenapoleone in Milan and Sloane Street in London.

Plans are to open a new boutique in Saint-Tropez in late April and two new locations in July: Saint-Germain-des-Prés in Paris, and a large-scale unit at Old Bond Street in London replete with a lounge and VIP room. The redesigned Rue Saint-Honoré flagship in Paris will be unveiled in early fall, while an updated in-store shop at Harrods in London will be finished in July, she said.

“In the second half of 2014, we plan to open new stores in Berlin, Munich, Düsseldorf and Vienna, as well as a second location at the Barcelona airport where a lot of Russian tourists travel through,” noted Pellegrin.

The U.S. market is also an important piece in La Perla’s strategy.

“One of the corporate directives is that our real estate portfolio is commensurate with our brand elevation,” explained Suzy Biszantz, La Perla’s chief executive officer for North America. La Perla no longer has franchise partners in North America, where it operates 11 freestanding stores.

“Our Madison Avenue flagship is getting a redo and we are renovating our South Coast Plaza [in Costa Mesa, Calif.] store,” said Biszantz. “We recently opened a store in Honolulu at the Ala Moana mall, and in about a year, we plan a larger space in Hawaii for men’s and women’s products….We took over the franchise in Las Vegas; we’re very close to a space in San Francisco, and we’re very actively looking in Atlanta.” She added that the company will sign a lease for a boutique in Houston in January, and plans are to open two to three new boutiques in the U.S. in 2015.

She further noted that La Perla will be unveiling a relaunch of its men’s underwear and loungewear collections at Pitti Uomo in Florence, and plans to stage a fashion show in June during the men’s market week.

Regarding La Perla’s advertising initiatives, Biszantz said there will be a “continuation of what the team in Bologna has started with ‘The Women of La Perla.’”

“We will continue top spend on fashion books like Vogue and Harper’s Bazaar. And we see travel and luxury as a strong crossover for the brand with the Ritz-Carlton and Four Seasons magazines with two-page and full-page spreads,” said Biszantz.