The women in the AMC series are divided as they enter the late Sixties: They’re either embracing “groovy” fashion influences, or they’re staying traditional. 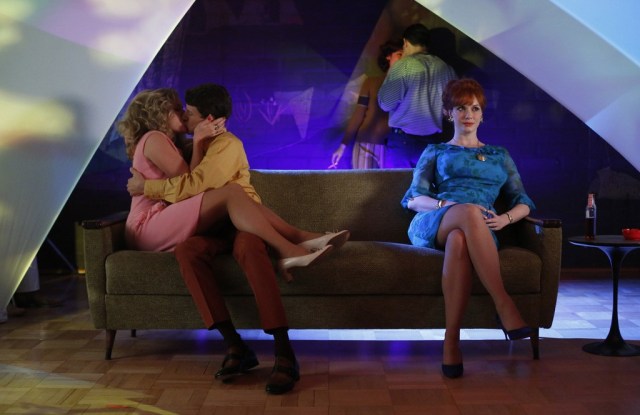 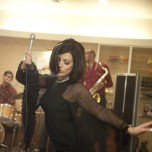 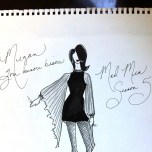 The women in AMC’s hit television series “Mad Men” are divided into two camps as they enter the cultural revolution of the late Sixties: They’re either embracing the “groovy” fashion influence of the likes of Twiggy and Mary Quant, or they’re staying true to a traditional, all-American June Cleaver image.

That’s the overview that Janie Bryant, costume designer for the show, painted as she discussed how the female characters are evolving in the sixth season of the popular TV series.

“The characters have definitely progressed, and one of the themes of the show is how change takes a lot of time, which is relevant to costume design as well. Megan Draper [played by Jessica Paré] is a character who’s changed a lot and kept up with modern fashion. She’s become a soap opera actress, and being at the cutting edge of fashion, she has become such a contrast with the other female characters who now appear a bit old-fashioned,” said Bryant.

Bryant said the shorter hemlines of the era paired with fashion legwear best illustrates the adventurous and not-so-adventurous personalities of the female cast, which range in age from “young to old and everything in-between.”

“The legwear moment was totally happening with colored tights, stockings and fishnets in psychedelic colors like yellow, orange, green, and black and white, as well as lots of patterns,” said Bryant. “Megan is always wearing sensational legwear, especially fishnets, while Peggy Olson [Elisabeth Moss] is starting to wear cable-knit knee-highs and even pantyhose, an item that was very expensive at the time…the characters of Betty Francis and Joan Harris [January Jones and Christina Hendricks] — well, they’re still wearing sheer, tan-colored stockings.”

Bryant noted that for a recent scene, she had allover lace tights by Urban Outfitters dyed to match a dress.

“Dyed-to-match legwear was very popular at the time. I designed a pink dress for a violinist in the first episode, and I wanted the tights to match in pink,” explained Bryant, whose inspiration growing up was gleaned from classic films of the past such as “Gone With the Wind,” “Wuthering Heights,” “On the Town” and “The Sound of Music.”

But while Megan loves jazzy legwear — like the iconic scene in season five where she shows off a batwing dress with black fishnet tights — she also knows how to be a vamp.

“Megan still wears a sexy garter belt and stockings, sometimes — it depends on the scene. Megan has definitely dumped her girdle, and she now wears a rounder, softer, more natural-style bra, not as pointy as before…Peggy no longer wants to wear her girdle,” quipped Bryant.

However, she noted that Joan and Betty are still stuck in a time warp.

“They are still wearing their long-line bras and still want to maintain their silhouettes of the past. But with bra cups that are a bit softer,” Bryant said laughingly.

As for other items viewers might see in upcoming episodes, Bryant acknowledged that bodysuits and “shants” — all-in-one pants and shoes that were a popular fashion item in the late Sixties — might be a good fit.

“Pucci did ‘shants’ and even had a matching miniskirt…but I really can’t say what I’ll be using,” she said.