Danish company known for its racy viral video of a model stripping down in a Rolls-Royce has brought its provocative styling to U.S. customers’ computers. 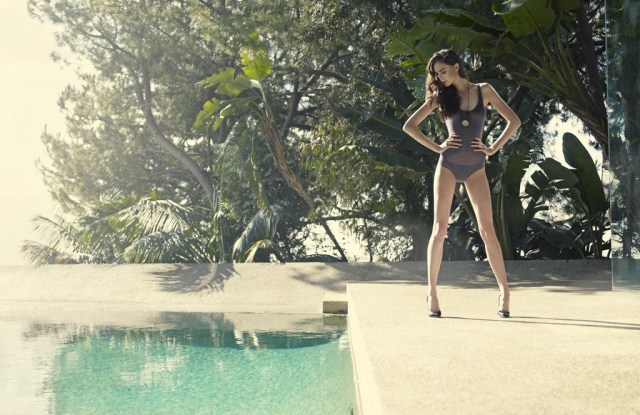 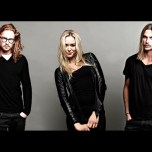 LOS ANGELES — Forrest & Bob, a Danish apparel company known for its racy viral video of a model stripping down in a Rolls-Royce, has brought its provocative styling to U.S. customers’ computers.

Started by Joachim, Adam and Amalie Ny Wichmann, three siblings who jumped into designing after modeling, Forrest & Bob has launched an e-commerce site, forrestandbob.com, for its lingerie and casual sportswear in the U.S. Although none of the Wichmanns have any business training, they have relied on their so-called “gut feeling” to make strategic decisions and their personalities to make connections.

“We’re just very straightforward,” said Joachim Wichmann, who is the eldest at age 26. “I’m not afraid of asking anybody for anything.”

Naming their company after the childhood names they used to call themselves while playing soldiers, the Wichmann siblings started their business four years ago with three necklaces made of leather, suede and metal accents shaped like stars, lightning bolts and pouches. The jewelry was bought by 80 stores in the Copenhagen area and in a few months sold thousands of pieces. They expanded their line to tanks, T-shirts and then lingerie. By 2010, their products were sold in 14 countries, including England, Germany, Italy, Israel, Australia, Taiwan and Spain.

Two years ago, they relocated to Los Angeles in preparation for a U.S. launch. Since they had success in Scandinavia with online sales and find it’s more cost-effective, they’re focusing on e-commerce rather than building a wholesale business. What’s more, e-commerce fits their pricing strategy, which is designed to be affordable for their target demographic of 18- to 28-year-olds.

Retailing for $29 to $99, the lingerie is fashioned out of blends of silk, polyamide, spandex and cotton in neutral colors such as black, white and gray. Styles include thongs, bikini bottoms and hipster briefs in lace, dotted sheer fabrics and lace-trim opaque materials as well as bandeaus and triangle-top bras that have soft cups and thin straps to briefs that rest just below the navel.

For the U.S., the Wichmanns intend to expand their product selection by April, almost doubling their stock of 800 items to 1,500. Forrest & Bob predicted that U.S. revenues will reach $80 million by 2017, accounting for about 40 percent of total revenues.