NEW YORK — When it comes to sports bras, the longstanding idea was to keep breast movement to a minimum during exercise, but Lululemon is turning that notion on its head.

After two years of development, incorporating everything from advancements in neuroscience to behavioral psychology, the activewear firm is slated to launch the Enlite sports bra, which it hopes fulfills the needs of their active consumers.

Alexandra Plante, innovation product manager of Lululemon Whitespace and an engineer, spearheaded the creation of the bra. “The journey began more than two years ago when we started research and testing around how women want to feel in their sports bra,” said Plante, who noted that athletes have tested out the styles, which were created primarily for running. “Breast movement during running is highly complex and can be characterized as three-dimensional, moving in multiple directions: up and down, side to side, and in and out. Our goal with the Enlite Bra was to create a product that could embrace movement by eliminating the elements of movement that cause discomfort, so the innovation here lies in the way we approached movement management.”

The bra itself has encapsulated cups, no-budge straps and utilizes a new high performance fabric called Ultralu, which is touted for being lightweight and breathable. The bra comes in 20 sizes and retails for $98 at Lululemon stores and the company’s web site beginning today.  They company will continue to offer its current styles in the category, including the Fast & Free Bra, Free to Be Bra and the Energy Bra.

“When it came to Enlite, we threw out the rulebook on how bras are usually designed, and decided to start from the body by draping fabric onto a 3-D form, Plante noted. “The lightweight Spacer fabric used to create the Enlite Bra cups wraps around the natural curvature of the body, housing each breast separately — since each moves individually, rather than as a single mass — without compressing the tissue. We then applied a unique combination of encapsulated cups, engineered to soften bounce.” 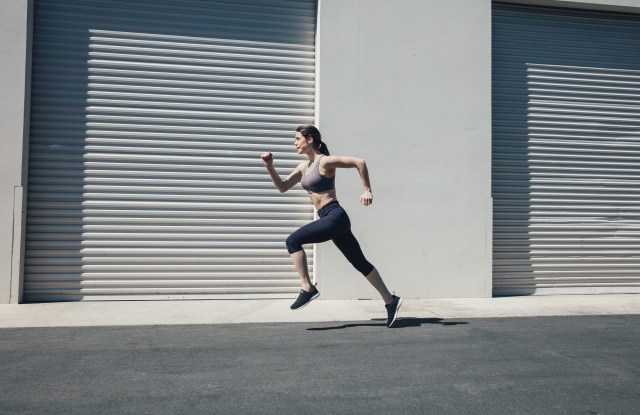 ‘Rei Kawakubo/Commes des Garçons: Art of the In-Between’ Debuts at the Met