Luta: Building a Brand and a Social Enterprise

The U.K.-based fightwear, activewear and streetwear brand plans to expand its innovative business model in an effort to fight gang violence worldwide. 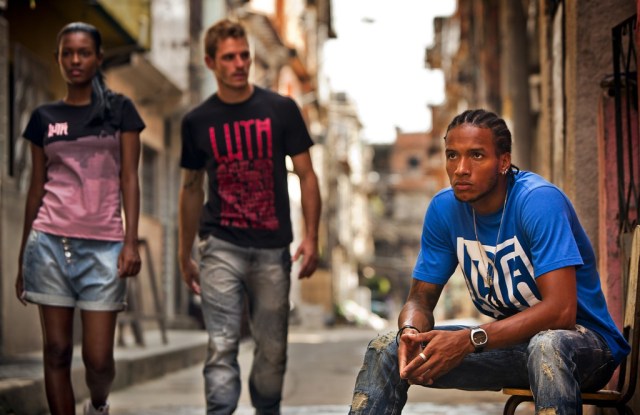 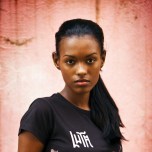 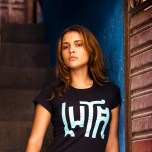 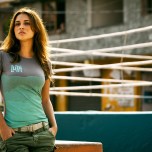 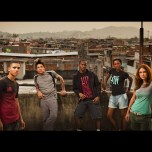 Luta wants to spread its social enterprise — and its new apparel brand — worldwide.

The U.K.-based fightwear, activewear and streetwear brand, whose name in Brazilian Portuguese means “to fight, to struggle, to never give up,” plans to expand its innovative business model in an effort to fight gang violence worldwide.

The company, Luta pela Paz [“Fight for Peace”] Academy, was founded in 2000 in a favela [slum] of Complexo da Maré in Rio de Janeiro by Luke Dowdney, a former amateur boxer from the U.K. The social enterprise has a 50 percent profit share plan with Fight for Peace International, which currently works with more than 2,000 young people every year through boxing and martial arts, education and personal development programs in Rio and North Woolrich, East London. The organization is in the process of partnering with communities and youth clubs in Kenya, Costa Rica, Ghana, Uganda, Lebanon, the Democratic Republic of Congo and two cities in the U.S.: Los Angeles and Philadelphia.

Dowdney created the Luta brand to make his foundation sustainable while using the disciplines of a for-profit organization. Kurt Salmon, the management consulting firm, is the global strategic adviser to Luta, and is helping the brand to grow its business internationally.

Luta’s first collection of premium fitness and lifestyle apparel for men and women launched in July 2011 and is inspired by the kids who live in Rio’s favelas. Brazilian boxing champ Roberto Custódio, who learned his trade at the Luta academy and will represent Brazil at the Summer Olympics in London, is the brand’s role model in advertising and marketing campaigns.

The collection was created by designers at Central Saint Martins in London to have a look of fashion as well as comfort. The products are also wear-tested by Luta’s athletes for enhanced fit and greater functionality rendered with high-tech fabrications and applications such as an eco-friendly wicking treatment made of recycled Evian bottles.

Dowdney discussed his goals Wednesday at the World Federation of Advertisers seminar at the Marriott Marquis in Manhattan, where he spoke at a presentation that included the chief marketing officers of L’Oréal, Coca-Cola, Unilever and Anheuser-Busch.

He told the audience that when he moved to Rio to do volunteer work with street kids he discovered there was “much more to the favelas than the guns, drugs, poverty and victimization portrayed by the world’s media.”

“I discovered real strength in the fighters I trained, the strength needed to never quit in the face of adversity,” said Dowdney. “The idea is we are breaking down barriers and I wanted to prove we could also do it in my home city of London, which also has a problem with gang violence.”

Regarding how the branded business works with the charity, Dowdney said his strategy differs from traditional establishments.

“I wanted to do it the other way around by setting up a charity that takes care of a business.…Toms Shoes is an example of that. In 2011, I raised $1 million in equity investment but it was difficult.…Everyone I went to in the venture capital world said, ‘Are you asking for an investment or a donation?’ I said both. I told them every dividend I pay to you I also pay the same to the charity. But the old school guys couldn’t understand that,” explained Dowdney.

He said his “aha” moment to create an apparel brand came two years ago.

“One day I realized that we had a brand.…Our buildings are blue and white and Luta is all about kids having an identity. There’s a lot of symbolism associated with a tough boxing club and the Luta logo is done in a graffiti font from Brazil which is very cool looking,” he said. “This is not like a ‘buy a T-shirt and help cure cancer’ business.…This is about an aspirational brand that is completely authentic and irreplaceable.”

Dowdney projects wholesale sales will exceed $15 million in the next couple of years and hopes to turn the Luta name into a $50 million business. He added that Kurt Salmon is scouting for joint ventures and collaborations with companies that share the same synergies and ethical background as Luta as well as a solid distribution network.

“We currently are speaking with someone about a joint venture and an equity investment,” he said, declining to reveal details.

Dowdney is also in New York to discuss a partnership with the The United Nations’ Sport for Development and Peace program.