In February, the brand made its debut at select Edgars and Stuttafords department stores and lingerie speciality stores throughout the country. 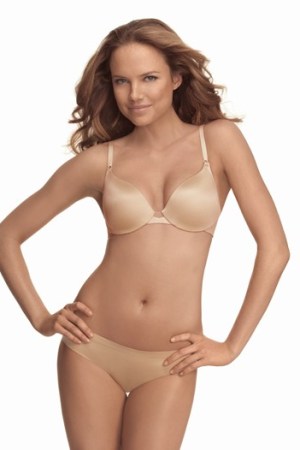 JOHANNESBURG — Call it an American takeover.

Late last year, Calvin Klein Underwear returned to the South African retail scene after an absence of 14 years with a high-profile launch that included an all-male modeling competition whose winner would be the face and body of Calvin Klein in South Africa.

In February, Maidenform made its debut at select Edgars and Stuttafords department stores and lingerie speciality stores throughout the country, with 10 doors for Maidenform and 27 doors for the Flexees by Maidenform shapewear label.

The Cape Town-based company Brand ID acquired the South African franchise for Maidenform and Flexees. Its intimate apparel portfolio already includes Elle Macpherson Intimates and the Dutch lingerie label After Eden, which were both introduced to the market late last year.

“We expect shapewear to be a strong category in this market, just as it has become one of the fastest-growing segments within intimates throughout the world,” said DeHart.

Wayne Bebb, chief executive officer of Brand ID, said the time was right to launch Maidenform and Flexees in the South African market. He said women across all demographics are beginning to recognize the importance of well-made and supportive foundational garments, and are actively seeking high-quality shapewear.

“The emergence of shapewear globally has reached the South African consumer and there is an increasing demand for effective shapewear, which achieves for the body what a correctly fitting and functional bra does for the bust,” said Bebb.

While Bebb acknowledged Maidenform faces healthy competition in the marketplace alongside similarly priced brands such as La Senza, which is part of Limited Brands Inc.’s portfolio, as well as Calvin Klein Underwear, which is owned by The Warnaco Group Inc., he believes that “from a product form, fit and function point of view, it has no real like-for-like competitors.”

The well-known T-shirt bra by Maidenform offers enhanced benefits with its advanced cup technology, which varies between air pads and gel pads.

“Attention to detail and superior fabric choices make this a luxurious bra collection. It is the Ferrari of T-shirt bras and push-up bras,” he said.

Flexees, on the other hand, “is in a category of its own, with unique items.”

With figure-solving products for every problem area such as tummy, hips and thighs, Bebb anticipates specialty items such as a high-waisted half slip to smooth midriff bulge, all-in-one bodysuits for allover control, and a Wear Your Own Bra full slip, which has a scooped out neckline that allows a woman to wear her favorite bra, will be hits with customers.

“The response has been overwhelming from store buyers and customers. It [shapewear] is such an intelligent product, and it delivers on its promise. The consumer, once she has tried the product, has no resistance to the slightly higher prices because she is paying for what she is getting, a superior product,” said Bebb.

Prices for Flexees range from $65 for a control brief to $130 for the bodysuit.