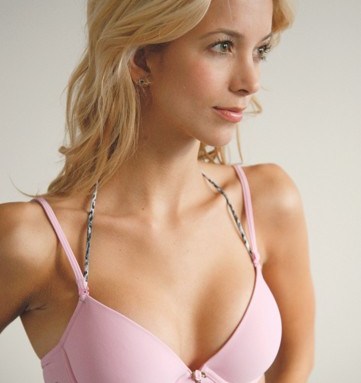 Maidenform Brands plans to launch a junior brand called Maidenform’s Charmed on May 25.

The collection of five bra styles with coordinating undies will be aimed at young women under age 24, notably in the 16-to-22 age range, said Eunice Byun, director of business development at Maidenform. Byun said the junior bra category has strong potential, noting that in the 12 months through August, the category accounted for $1.5 million of the combined $199 million girls’ segment and $3.8 billion of women’s bra sales at retail.

The junior bra business has trended up more than 7 percent in the three months ending in August, while bras for girls in the seven-to-12 age range spiked more than 23 percent in the same time frame. In contrast, bra sales for women who are 25 or older have remained flat during the three-month period, according to The NPD Group Consumer Panel Track.

Distribution is aimed at 500 test doors of major department stores and national chains including Macy’s, Bon-Ton, Belk, Kohl’s and J.C. Penney. The line, designed by Rachel McCrary, will also be unveiled for the European market at the Salon International de la Lingerie in Paris in January. A first-year wholesale sales projection was not available, but sales could exceed $15 million, according to industry estimates.

Based on Maidenform’s One Fabulous Fit technology of soft foam bra cups, the five styles are a T-shirt bra; a push-up racer-back; a convertible bandeau; a push-up halter, and a lace bandeau. Bras will retail for $24, and panties will be five for $25. Bra sizes will be 32A to 36D, and panties will be sized S to XL. Colors include violet, red, black, white, pale pink, robin’s egg blue, blackberry with pin-dots, black ombré lace, and combinations of pink and champagne and black and violet. Special effects include diamond mesh treatments and diamond pattern lace, a removable printed halter strap and a signature faux diamond charm.

Dianne Casey, merchandiser for Maidenform’s Charmed, said there is a need in the junior bra market for fashionable basics.

“We found in focus groups the junior customer is really into basics and architectural lines,” Casey said. “The junior bra business is typically very print-driven, but there’s not a lot of fashion or basics. This customer is going to want to put on these bras on every day.”