Among the retailers carrying the line are Bloomingdale’s, Carbon38, Shopbop and Net-a-Porter. 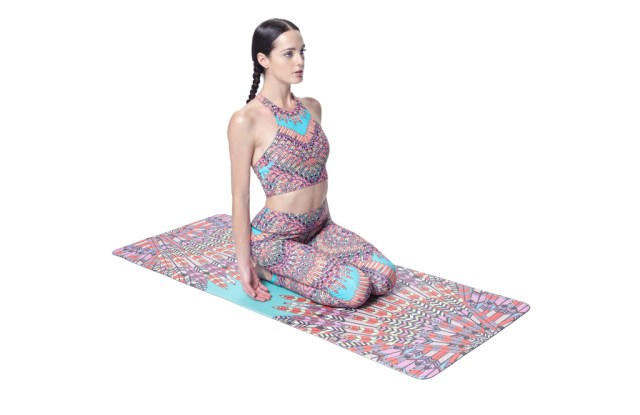 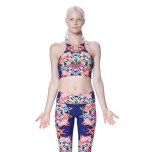 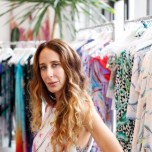 Mara Hoffman, whose 15-year-old company encompasses ready-to-wear and women’s and girls’ swimwear, is taking the leap into activewear.

Known for her bold, colorful prints, Hoffman is applying that same aesthetic to her first activewear line, which hits stores next month. Among the retailers carrying the line are Bloomingdale’s, Carbon38, Shopbop and Net-a-porter.

Described as an extension of her customer’s lifestyle and a continuation “of our swim world,” Hoffman said: “It was easier for us to do active than to do bags. The collection celebrates the body, health and fitness.”

“We’re focusing on our strength of engineered prints,” said Hoffman, a graduate of The New School’s Parsons School of Design, who creates the prints herself. She gives them names such as “Skybird turquoise,” “Climb a mountain sun,” and “Stargazer green.” The collection is cut and sewn in Los Angeles.

Hoffman, in collaboration with her design team, will create two activewear collections a year, each with two deliveries. Deliveries this summer are slated for July and August.

“There’s a lot going on in the active space right now,” said Hoffman, who spent over a year developing the collection. She joins a field populated with several new entrants, among them Tory Burch, Rebecca Minkoff, Cynthia Rowley, Ramy Brook and Elie Tahari.

“The company is growing so much and we’ve always done things cautiously, with great care and strategy,” Hoffman said. The first delivery is expected to drum up sales of $1 million, she said. Hoffman’s overall company generates $12 million in wholesale volume, and is projected to grow to $15 million in the next year. The company sells 450 stores worldwide, and the business is evenly divided between rtw and swimwear. Swimwear was launched in 2008, “which set the tone for our language and our brand.”

“It spoke to the well-traveled bohemian girl who loves color and travel and is not afraid to be noticed,” Hoffman said.

In other news, Hoffman will relaunch her e-commerce site at the end of the month with the new activewear collection. The site, developed by One Rockwell, is designed to be more interactive, with greater content and ways to engage the customer. “It’s a major facelift,” Hoffman said. It will be more mobile responsive and will have the capability to mix and match swimsuits.

She also noted the brand is devoting more energy to their social media presence. At present, Hoffman has 250,000 followers on her Instagram site, in which she is actively engaged.

The company, which is based at 866 Sixth Avenue, is moving to 126 Fifth Avenue next month, in a new space that spans just under 7,000 square feet.