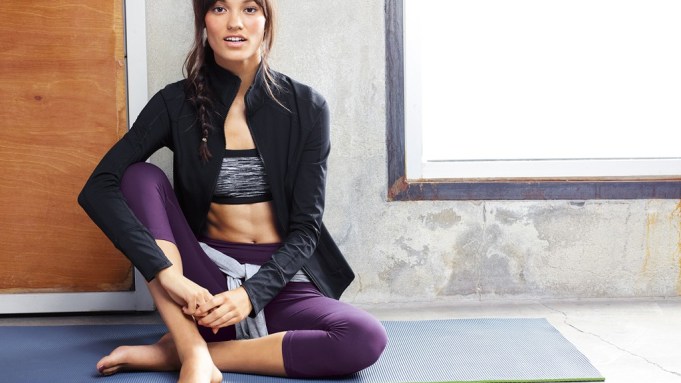 With its new activewear collection, Maurices says it can take on the discount giants.

Maurices, with 930 stores in small towns and midsize cities where discounters tend to dominate, launched Maurices in Motion activewear last month. “Target and Wal-Mart — they don’t have the quality Maurices in Motion has,” George Goldfarb, the president of Maurices, claimed. “Penney’s has lots of basics, but I haven’t seen the level of fashion we are delivering.”

The Duluth, Minn.-based chain catering to women in the twenty- to thirtysomething age range, is growing fast, at a rate of 50 to 55 stores annually. It expects to cap out at well over 1,200 stores in the U.S., and at least 35 in Canada. Through the recession, Maurices, a division of Ascena Retail Group Inc., opened more than 250 stores and yielded 65 percent sales growth. In the last quarter, Maurices’ sales rose 4.8 percent to $227.1 million, and increased 1 percent on a comp basis.

But Maurices sees its activewear collection as gaining momentum. “We soft-launched Maurices in Motion in August and will full launch in January,” Goldfarb said, adding the retailer will step up marketing then with partnerships with fitness influencers. “It’s a hot category. This market is outstripping the women’s apparel market from a growth perspective.” By January, the collection will be available at all stores in the chain, from the current 600. It’s already being sold online.

While the collection does supplant some casual sportswear sales, overall, it’s resulting in sales gains. “We see incrementality here,” Goldfarb said. “We have not lost any jeans business through this. That’s one way to look at it. At a lot of players, jeans are suffering. We are able to have a strong bottoms business.”

Goldfarb said the collection stands out because of its use of performance fabrics; its fit, which makes it a good opportunity for plus sizes, and its prices, with bottoms starting at $39 and no product more than $69.

“We are particularly proud Maurices in Motion is in sizes 0 to 24,” said Goldfarb. “I see very few retailers offering active and ath-leisure to plus-size girls.”

Asked what’s selling best for Maurices in Motion, Goldfarb replied bottoms, which he said come in four “flattering” styles: capri, legging, straight and boot cut. “We see women wearing them to the gym, the coffee shop, the movies. It’s versatility.”