Ones to Watch at Miami Swim Week

A few fresh names to keep an eye on in Miami. 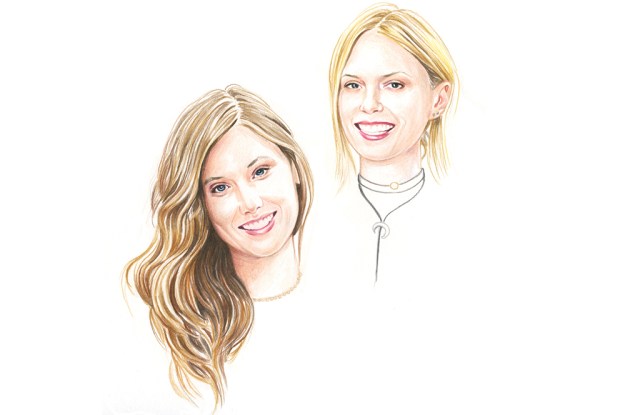 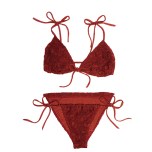 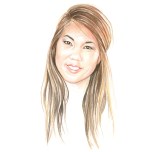 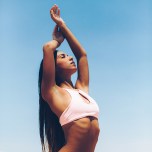 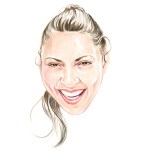 Since its ready-to-wear came on the scene in 2010, For Love & Lemons has added Knitz and Skivvies, collections for knitwear and lingerie, respectively. Now, longtime partners Laura Hall and Gillian Rose Kern — who manned lemonade stands together as kids in Jackson Hole, Wyo. — have launched swim. “It evolved out of lingerie when customers wore Skivvies to swim,” said Hall, of 16 bona-fide swimsuits that include a plunging V-neck one piece, high-waisted bottom and string bikinis to appeal to all attitudes. “We did away with lingerie’s padding and buckles but kept a lot of the same elements like scalloped edges, boning and underwires that we sculpted into unique necklines.” Known for strategically placed lace throughout the line, they developed a waterproof version in exclusive floral patterns dyed pale pink and blood red. Paisleys are colored mauve and cranberry or shades of blue. “A muted neon peach looks great against a tan,” said Kern of one of the season’s key solids. Five hand-crocheted, open-weave cover-ups, such as a cropped top and maxiskirt, also incorporate custom artwork. The collection retails from $80 to $240.

SIEMPRE GOLDEN
Founder/Designer: Sophia Kim
Year Founded: 2014
Based In: Los Angeles
Showing At: SwimShow
Seimpre Golden implies taking the enlightened path for personal achievement, but it might as well also stand for Sophia Kim’s adopted state. The Seattle native, who frolicked in Washington’s tidal pools as a toddler, fell hard for California, where she moved as a tween. A Hawaiian holiday exposed her to Brazilian bikinis, which she couldn’t shake considering as a career while attending University of California at San Diego. (The hard part for the Korean-American was convincing her mom, who wanted her to study law.) “I love the symbolism of a bikini and how it makes me feel adventurous and do crazy things, like surf with sea lions or jump off a cliff into the ocean,” said Kim, who hung around the beach after class. “My mom and I made a deal that I’d finish college early and spend my senior year tuition on starting a collection.” With extra support from Kickstarter, she opened 30 accounts including Diane’s Beachwear, a Torrance, Calif.-based chain, and online retailer Revolve Clothing during her first year in business. Now in her second season, she has expanded from three to 10 styles with one-pieces and greater variety in bottoms than her all-Brazilian bikini beginning, as well as a trio of dresses. Swimwear retails from $67 to $105.

RHYTHM
Founder/Designer: Daniella Ciano
Year Founded: 2015
Based In: Burleigh Heads, Australia
Showing At: SwimShow
When Neal Purchase Jr. and Jamahl Grey set out to launch a men’s swim line, they wanted to create a brand that was authentic for the surf market, rooted in music, art and the surf lifestyle, and started Rhythm around 2003. The men’s collection has since grown to representation in more than 30 countries at accounts like Nordstrom and Urban Outfitters. Last year, to expand into women’s swimwear, they brought on designer Daniella Ciano, a Sydney native who basically grew up in a swimsuit. “I spent every weekend and holiday at the beach,” said Ciano, who designed for Seafolly for three years in the Nineties, followed by Billabong, where she rose to global swim designer prior to her new gig. “When it was too cold to play outside, I’d watch my mom, a seamstress for several fashion brands, sew.” For her foray into Miami swim week, she has increased product by about 40 percent from her initial offering. One theme, Follow the Sun, features print groups like garden florals, a Persian tile motif and paisley accented with lattice trim. Bikini tops range from apron to bralettes paired with four bottoms of varying coverage. Another theme, Get Salty, has neoprene crop tops and sporty pants aimed at active women. Separates start at around $40 retail.

HOT-AS-HELL
Founders/Designer: Sharleen Ernster
Year Founded: 2014
Based In: Los Angeles
Showing At: Hammock
Few new swim lines come with Sharleen Ernster’s pedigree. As a grade schooler in Cuero, Tex., she begged her Houston-shopping grandmothers — the original, “hot-as-hell” babes — for their Vogue magazines, and discovered a love for lingerie design through Victoria’s Secret catalogs. Eventually she landed in Manhattan at the Fashion Institute of Technology. “Ever since I was a little kid, I wanted to launch my own lingerie and swim collection but kept getting amazing jobs,” said Ernster, detailing her corporate climb at J.C. Penney and Armani Exchange, where she launched its swim category among her duties as women’s divisional merchandise manager, until Victoria’s Secret came calling in 2000. “I spent 13 years there moving up to executive vice president of design for lingerie and swim.” She also spent 14 months as Guess’ chief design officer, when the brand’s swim lines for men and women launched. Ernster applies these experiences to sourcing eco-fibers like corn sugar- based DuPont Sorona and employing niche factories in Sri Lanka, China and downtown L.A. to produce a sustainable collection of 12 swimsuits, eight lingerie styles and 30 resortwear pieces, which she dubs “beach lifestyle,” including cover-ups, dresses and a butterfly-sleeve cardigan. Retail prices run from $40 to $500.