Miraclesuit Jumps Into the Active Arena

The company is expanding its universe to include its first collection of activewear called MSP by Miraclesuit. 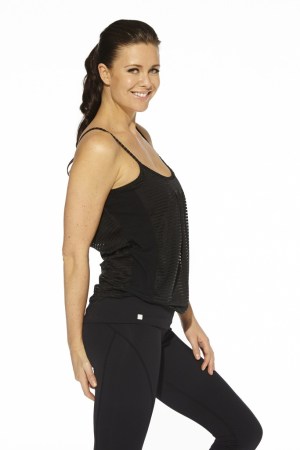 Miraclesuit Swimwear Inc. is expanding its universe to include its first collection of activewear called MSP by Miraclesuit.

Scheduled to launch for spring, the active line of lifestyle separates is being produced under license by Axiom Apparel Group Inc.

Distribution is aimed at major e-commerce sites including Amazon.com, nordstrom.com and Zappos.com as well as specialty apparel and spa boutiques, said Cheryl Sullivan, executive vice president of MSP by Miraclesuit.

“We plan to do a lot of specialty-store business and we expect the spa market will be very important as well,” said Sullivan. “As a manufacturer, we [Axiom] have a long history of product development and do a lot of activewear including an active line for Macy’s and Women With Control for QVC. Miraclesuit thought activewear would be a natural evolution for the brand.”

A first-year wholesale sales projection was not available, but the line could generate sales of $5 million the first full year, according to industry estimates.

Sullivan said proprietary Miraslim technology will give smoothing benefits that “modern women are looking for.”

“Miraslim technology is a power mesh we developed to give smoothing properties 360 degrees around the body. There is mesh in the interior of waistbands and throughout tops.…We have core product as well as fashion pieces.…This whole idea of smoothing is about comfort and it’s how women dress today.”

Styles include stretch tank and crop tops, boot-leg and cropped pants and woven jackets. Suggested retail ranges from $48 for bra tops to $90 for jackets.

Regarding the target consumer, Sullivan said. “We surveyed this customer through Miraclesuit’s data base and with a consumer research group. We wanted to find out who she was, what magazines does she read and does she like the smoothing concept in activewear…One thing was very telling — she doesn’t want to spend more than $70 on an active pant. Our boot-leg pant will retail for $68 and our cropped style for $62.”

The line, which is sized XS to XL and includes select plus sizes 1X to 3X, will be ensconced in a new showroom at 1407 Broadway in January. The MSP by Miraclesuit collection will also be sold on a new Web site to be launched in February. It is between Axiom Apparel Group Inc. and Mainstream Swimsuit Inc.