Launching Sept. 5, Bonds Swim will be sold through 26 Australian doors and on Bonds' own ecommerce site. 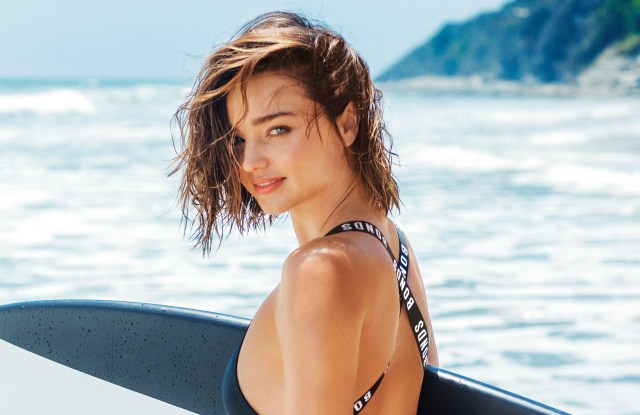 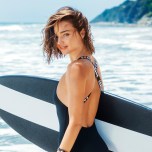 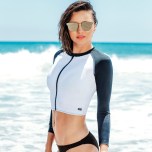 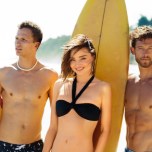 SYDNEY — Century-old Australian intimates brand Bonds has tapped Miranda Kerr as the face of its first foray into swimwear.

Launching Sept. 5, Bonds Swim is composed of women’s, men’s, children’s and baby’s swimwear and will be sold through 26 Australian doors, including freestanding Bonds stores and concessions within David Jones, Myer and Best & Less. The range will be available internationally through Bonds’ own e-commerce site.

Bonds is the biggest intimates/underwear brand in the stable of Melbourne-based Pacific Brands Limited, which was acquired last month by Hanes Brands in an all-cash 1.1 billion Australian dollar deal ($840 million at April exchange) when the deal was first announced.

The Bonds Swim women’s range — which will sell exclusively through Bonds’ own stores and David Jones — boasts 27 options and 135 stock-keeping units in block colors and four print stories. It includes mix-and-match bikinis, one-piece swimsuits, board shorts and both full-length and cropped SPF 50 rash vests.

“Off the back of the activewear boom, swimwear was the next natural step for us” said Bonds senior designer Anna Banno. “The sport and activewear trend is all about getting outdoors and for Aussies, this is so closely linked to the coastal lifestyle.”

Founded in 1915 in Sydney by American businessman George Allan Bond as a women’s hosiery and gloves importer, Bonds holds the number one market share in Australia for men’s underwear, women’s underwear, children’s underwear, baby wear and socks, selling through 159 doors within Australia, including 94 Bonds freestanding stores.